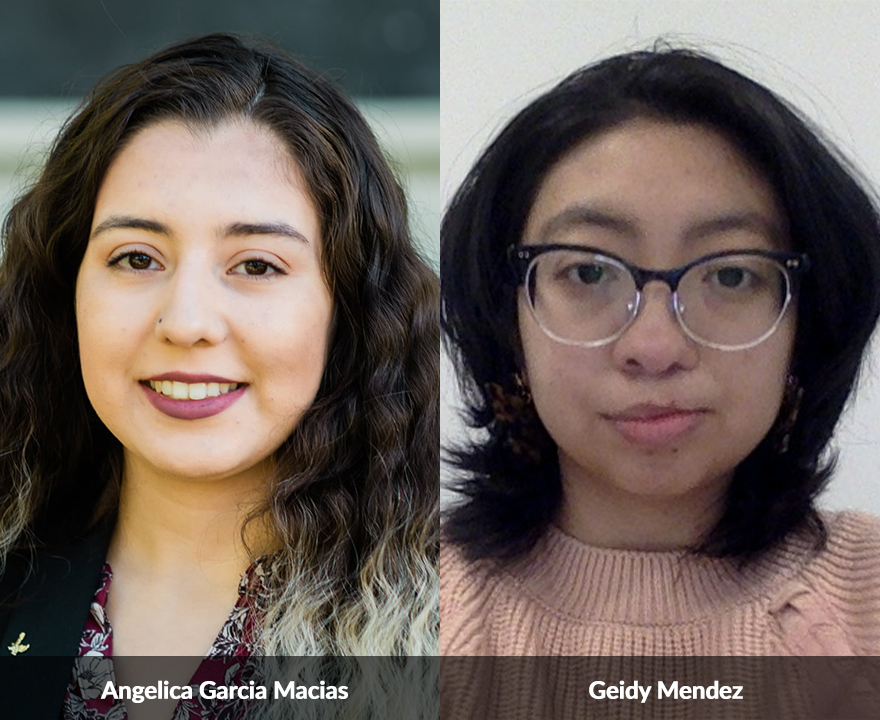 Garcia Macias is a first-generation student who earned her bachelor's at Eastern Washington University. As a McNair scholar, she has conducted research on housing discrimination within the Latinx community. Now in her second year of doctoral studies at UCI, she's turned her attention to study machista acculturation within the Latinx/Chicanx community. Specifically, she's looking at machismo/marianismo as both the limits and support for Latinx/Chicanx women within political activism and mobilization. Through her work, she hopes to play a role in diversifying American politics while providing mentoring opportunities to future students. After completing her Ph.D., she plans to work as a professor within a minority-serving institution.

Mendez is a second-year political science graduate student who is studying race and ethnicity politics with an emphasis on political socialization of U.S. born Latinx children and their undocumented parents. She is also interested in the creation of Latinx identity through political behavior and attitudes attached to social and emotional development. She earned her bachelor's in political science and Latino and Caribbean studies at Rutgers University. As a first-generation college student and daughter to Guatemalan immigrants, she aims to highlight Central American experiences in the Latinx diaspora throughout her work. After completing her Ph.D., she hopes to work with communities to make academia accessible for all.

Garcia Macias and Mendez are two of only 25 students to receive the APSA Spring Diversity Fellowship. Learn more online.