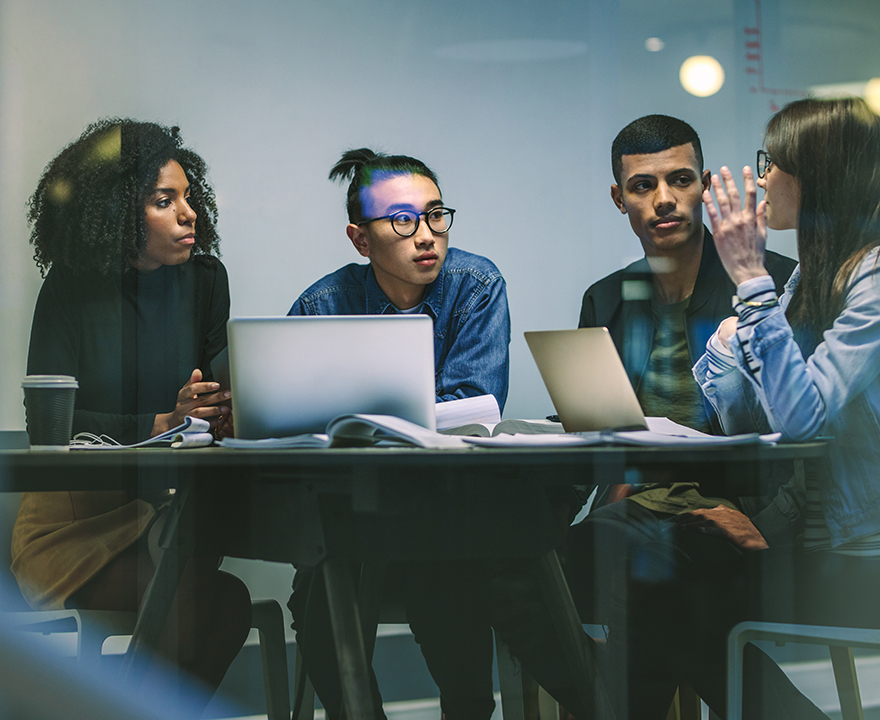 
Immersion in a second-language environment may change the cognitive process bilingual speakers use when talking in their native tongue, according to a UC Irvine-led international study. The findings are the first to highlight location-based differences in strategies highly proficient dual-language speakers use to communicate, and they point to the need for researchers to view bilinguals as unique sub-sets, rather than a monolithic group.

“Bilingualism arises in many ways. Yet, most research to date has not examined the impact of diverse bilingual experiences on linguistic and cognitive abilities,” says co-author Anne L. Beatty-Martínez, a visiting postdoctoral scholar at UCI and soon-to-be postdoctoral fellow at McGill University in Montreal. “This study shows that where bilinguals live and how they use their languages impact the cognitive processes that enable them to speak.”

The findings are published in the Journal of Experimental Psychology: Learning, Memory, and Cognition.

“People can execute a plan proactively - deciding to buy groceries before running out of food - or reactively - deciding to buy groceries after realizing there is no food in the fridge. The question is whether these strategies also help bilinguals with their ability to plan speech in each of their languages, and if so, whether this relation changes as a function of the bilingual context,” says Beatty-Martínez.

Researchers found that all three groups were highly accurate at naming pictures in Spanish and in English. Spanish-language performance, however, was tied to results on the cognitive task for the Spain and U.S. participants. Among the Spain-based speakers, those exhibiting reactive rather than proactive control tendencies had more accurate recall in Spanish. The opposite was true for the group in the U.S.; proactive - not reactive - control predicted better performance in Spanish. There was no significant pattern of association on the cognitive and language tasks for the Puerto Rico participants.

“This tells us that our cognitive processes tied to speaking are not set in stone,” says Navarro-Torres. “A lot of previous work suggested that bilinguals rely on reactive control to suppress one language when speaking in the other language, and the result for the bilinguals in Spain is consistent with this idea,” he says. But their novel finding for bilinguals in the U.S. suggests that the relation between cognitive and language abilities changed by virtue of immersion in a second-language environment.

“We think this is because, unlike the other bilinguals, they have restricted access to Spanish, their native language. This means they might have to carefully monitor who they’re talking to in order to avoid using the wrong language,” Navarro-Torres says.

He’s excited about the research possibilities this finding opens up and is exploring its potential with a newly funded doctoral dissertation grants from the National Science Foundation and the National Institute of Health.

pictured: Previous work suggested that bilinguals rely on reactive control to suppress one language when speaking in the other language. This does not appear to be the case for Spanish-English bilinguals in the U.S. who instead rely on proactive control, suggesting that the relation between cognitive and language abilities can change by virtue of immersion in a second-language environment, says Christian Navarro-Torres, UCI language science graduate student and study co-author. photo by jacoblund/istock