A distinguished career of service 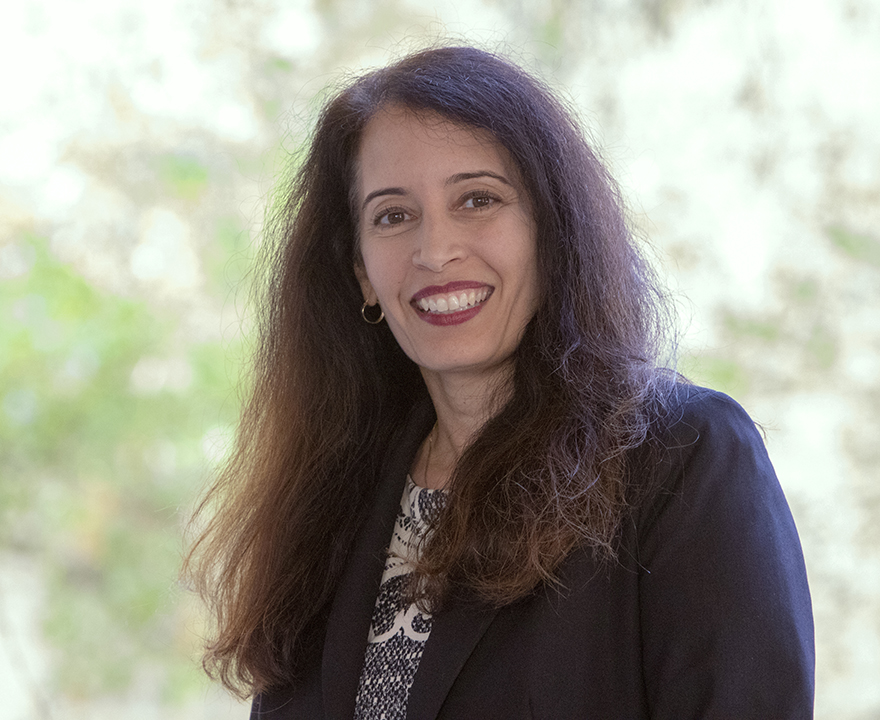 A distinguished career of service


Jeanett Castellanos, social sciences undergraduate associate dean and teaching professor, is the 2020 recipient of the Society for Psychological Study of Culture, Ethnicity and Race Distinguished Career in Service Award. The honor from the American Psychological Association Division 45 recognizes the outstanding UCI mentor for her continued dedicated service to communities of color through research, mentorship and work in the field of psychology and higher education.

“The is a tremendous honor, and I am in full gratitude for this recognition,” says the ’94 psychology and sociology alumna who oversees more than 6,000 undergrads who call the social sciences home. The award is one of many in a list of recognitions she’s earned during her 20+ year career as a leader on the Irvine campus paying forward the gift of mentorship that helped her navigate both college and career as a first-generation student.

“They didn’t finish high school, so for me, getting a high school diploma was quite an achievement,” she says. When she was accepted to UCI, her parents were ecstatic. Her psychology classes drew her attention, and she completed her bachelor’s in sociology and psychology at UCI in 1994 with honors. She was heavily influenced by Joseph L. White – the renowned “godfather of black psychology” (who passed away Nov 2017) – and credits much of her success and desire to help others to his outstanding mentorship.

Her nationally recognized research merges the fields of counseling and higher education with a particular focus on Latina/os. She has published widely on the topics including multiple studies in peer-review journals and two books, The Minority in the Majority: Expanding the Representation of Latina/o Faculty, Administrators and Students in Higher Education and The Latina/o Pathway to the Ph.D.: Abriendo Caminos.

Castellanos applies her research to the hundreds of undergraduate lives she has touched through her tireless passion to help students succeed. She mentors dozens of racial ethnic minority undergrads each year on how to conduct individual, data-oriented research projects, many of which have resulted in published articles and book chapters.

She counts, among her numerous accomplishments, having helped place close to 200 students in graduate school – a third at the doctoral level. Her efforts have also resulted in thousands of dollars in grant funding that have allowed students who otherwise may not have been able to afford it, the opportunity to travel and participate in research conferences and competitive programs across the nation in preparation for graduate school.

At the state and national level, Castellanos has served on the executive boards of both the National and California Latina/o Psychology Associations. Her work with NLPA led to the establishment of local student chapters on campuses at UCI and CSUF, both of which remain actively involved in providing Latinx students with guidance and preparation for graduate training and careers in psychology.

She’s racked up 6 awards highlighting her service beyond the classroom. In 2007, she received the Samuel M. Turner MENTOR (Minority Education, Nurturing, Training, Organizational advocacy, and Research) Award from the American Psychological Association; in 2008, she received the Star Vega Community Service Award from the National Latinx Psychological Association (NLPA); and in 2012 she received the Outstanding Support of Hispanics in Higher Education Award from the American Association of Hispanics in Higher Education (AAHEE). In 2014, she received the prestigious UCI Living Our Values award. In 2016-17, she received UCI’s Academic Senate Distinguished Faculty Award for Mentorship, an award which highlights faculty who have made outstanding contributions through mentoring of students or other faculty that takes place outside of a traditional teaching or research relationship and beyond their formal advising duties. In 2018, NLPA created the Jeanett Castellanos Mentorship award in recognition of her commitment to mentorship and contributions to the field of Latinx psychology. The newly received Distinguished Career in Service Award further celebrates the mentor who has touched many lives – particularly Black, Indigenous and other students of color.

“This award represents Dr. White's work and teachings, the Freedom Train, students/mentees -- their efforts and accomplishments, my family's struggles and efforts to reach a dream, and community,” she says. “I am thankful for the values of Division 45 and its commitment to social justice, equity, and inclusiveness.  Thank you for recognizing the work of our community, the efforts of Black, Indigenous and other scholars of color, and our investment toward multiculturalism, diversity, and social change.”

A virtual award ceremony is being planned by Division 45 for fall to celebrate Castellanos and other awardees who have made distinguished contributions to multicultural psychology in research, mentorship, and service.