Cognitive benefits of speaking while signing 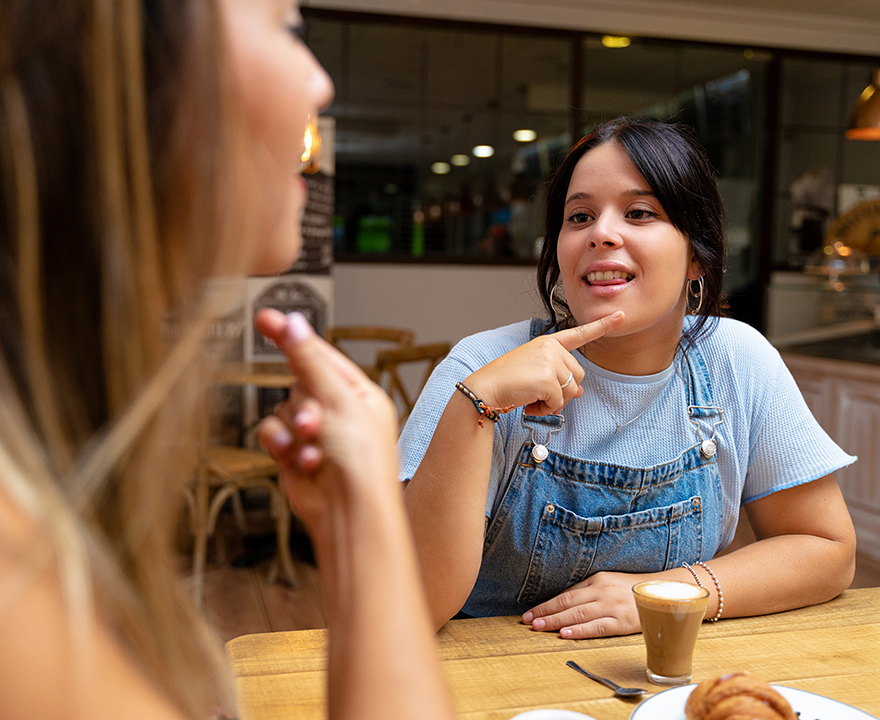 Cognitive benefits of speaking while signing


Recent work to understand the brain boost bilingual speakers experience has focused primarily on spoken language. Little, however, is known about bimodal bilinguals – the experience of individuals who are deaf and hearing who use a sign language like American Sign Language (ASL). Anne Therese Frederiksen, 2019-20 UCI Chancellor’s Postdoctoral Fellow in language science, is working to fill that gap. In September, she was awarded a two-year, $138,000 fellowship from the National Science Foundation to study cognitive and linguistic differences between monolingual, speech-speech bilingual, and sign-speech bilingual individuals.

“The effects of bilingualism come from a bilingual’s ability to switch between languages quickly; they learn how to suppress one language while using the other, strengthening their task switching and attentional skills,” she says. “For bimodal bilinguals, there is no need to suppress one language since signing and speaking can happen simultaneously. I’m interested in what cognitive differences this dual processing opportunity results in.”

When pandemic restrictions permit, she plans to use EEG to measure electrophysiological differences between the individuals within the three language groups when they’re presented with scenarios that require shifts between or simultaneous processing of languages. Findings will help researchers understand the unique cognitive engagement – and potential consequences – of bimodal sign-speech bilingual individuals.

Frederiksen earned her Ph.D. at UC San Diego in linguistics and cognitive science before joining UCI in 2019 as a UCI Chancellor’s Postdoctoral Fellow. She continues to work at UCI through her NSF fellowship and affiliation with the Bilingualism, Mind, and Brain Lab managed by Judith Kroll, UCI language science Distinguished Professor. Funding for this study runs through September 2022.