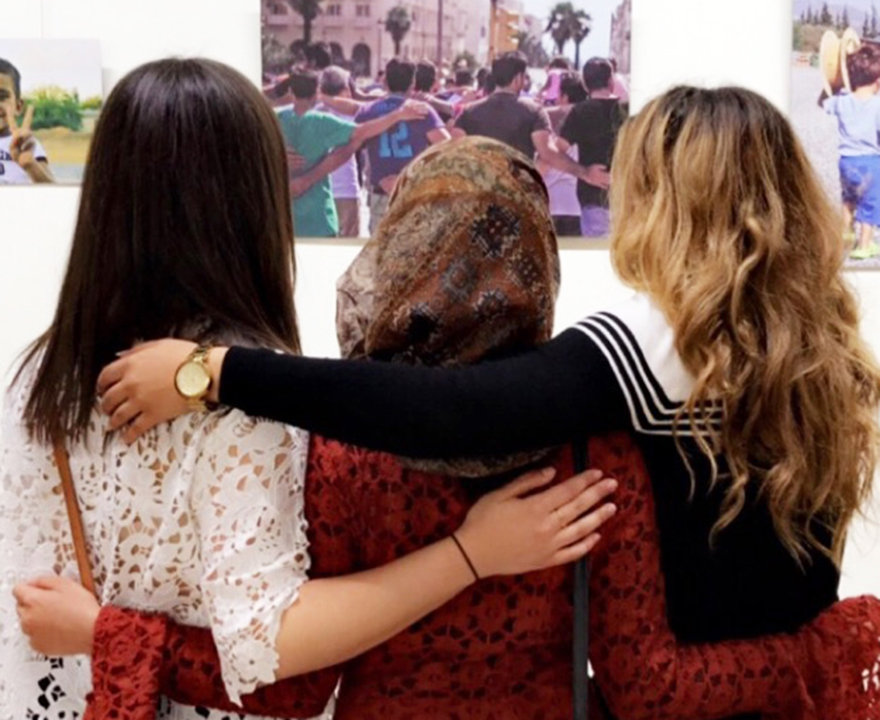 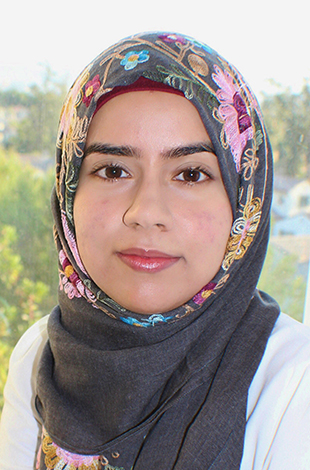 As students flood the UCI campus for the start of another school year, some of the seniors use this final year of schooling before entering the real world as a chance to slow down and enjoy life at a relaxing pace. But the concept of senioritis does not apply to UCI’s 2017 Dalai Lama Scholar and 2016-17 Dan and Jean Aldrich Scholarship recipient, Iman Siddiqi.

Siddiqi, who is majoring in both political science and Middle East studies, has always been one to hit the ground running. As a teenager at Irvine’s Northwood High School, she was not only an Advanced Placement student, but also a contributing writer to the Orange County Register and a children’s book author (her book, Haya: The Loyal Student, can be found on Amazon and in Barnes and Noble bookstores). As an Anteater, she’s kept herself busy as an honors student, a news editor for UCI’s New University, and an activist for refugee rights through both UCI’s Hearts of Mercy and the national initiative Books Not Bombs. It’s precisely this well-rounded and passionate approach to her education that earned her the both the Aldrich Scholarship and the XIV Dalai Lama Endowed Scholarship. The first recognizes the top junior on campus each year, based on academic excellence and overall contribution to the university community, and includes a $2,000 prize. The second is a privately funded program that awards up to $16,000 to an undergraduate student who is pursuing a project that exemplifies the slogan “compassion in action.” Siddiqi is the 16th recipient since the scholarship’s founding in 2004.

So, instead of coasting through her final quarters, she will be utilizing her recent awards to raise awareness and scholarship funds for students displaced by war and persecution – a cause that has been a passion project of hers since she returned from a family trip to Turkey three years ago.

“On that trip, I saw Syrian refugees for myself,” she says. “I had been aware of what was happening, but this was the first time I was actually able to put a face to the global refugee crisis and really see these families and children that were suffering. I decided then that I had to help.”

For Siddiqi, that meant finding a way to support the higher education of these displaced students. To do so, she is working with Hearts of Mercy to achieve two goals in the upcoming year; raising awareness via on-campus events including a Refugee Awareness Week in January, and creating opportunities by establishing the Refugee Students Scholarship Program. Through this program, she wants to go beyond simply providing money – she also plans to assist with the admissions process through workshops and mentorship. She believes that both pieces, awareness and opportunity, are equally important to the success of these students.

“I really want to create a campus environment in which the students can be comfortable,” she says. “And I think the best way to do that is through awareness. Once the student body knows about these students and their stories, they can be accepting.”

To kick-start the scholarship program, Saddiqi is planning a fundraising banquet to be held on Nov. 16. She particularly wants the program to aid students whose asylum status is pending. She believes they need the most help, since under current laws they do not qualify for any federal assistance with university costs.

This isn’t the first time Siddiqi has championed for the educational rights of refugees either. Following her trip to Turkey, her first course of action was to learn Arabic so she could better communicate with the people she wanted to help. What began as learning a new language evolved into teaching English to Syrian refugees abroad via the web, and soon Siddiqi was asking these students what she could tangibly do for them. The request she heard over and over was for help finding educational opportunities.

“I think this spoke to me because my family is from a small town in India, and I’ve seen other Indian immigrants who are struggling for good jobs,” she says. “I can’t help but think that could have been me. It could have been my parents or my grandparents, but my grandfather had a drive for education so he pushed himself. He came here with just his scholarship, and now we’re so settled and established. So I feel like I need to give that opportunity to other people.”

Last year, she advocated for the UC system to join a consortium that would make space for student refugees. She visited multiple UC campuses and even spoke in front of the UC Regents. Though her resolution was met with interest, it didn’t pass. But it elevated her nomination as the campus’s top junior, and set the stage for her Dalai Lama project proposal.

As for her end goal for the project, she wants to see students applying and accepting scholarships to attend UCI. But on a larger scale, she hopes that this project will be a small step toward rebuilding a disrupted region.

“One of the questions on our scholarship application is ‘what is your vision for your home country?’” she says. “Because, ultimately, we are investing in the post-conflict development of these war-torn countries by supporting the higher education of refugees. When they go back, they will be the ones leading the rebuilding process. So we want them to have a dream for the future.”