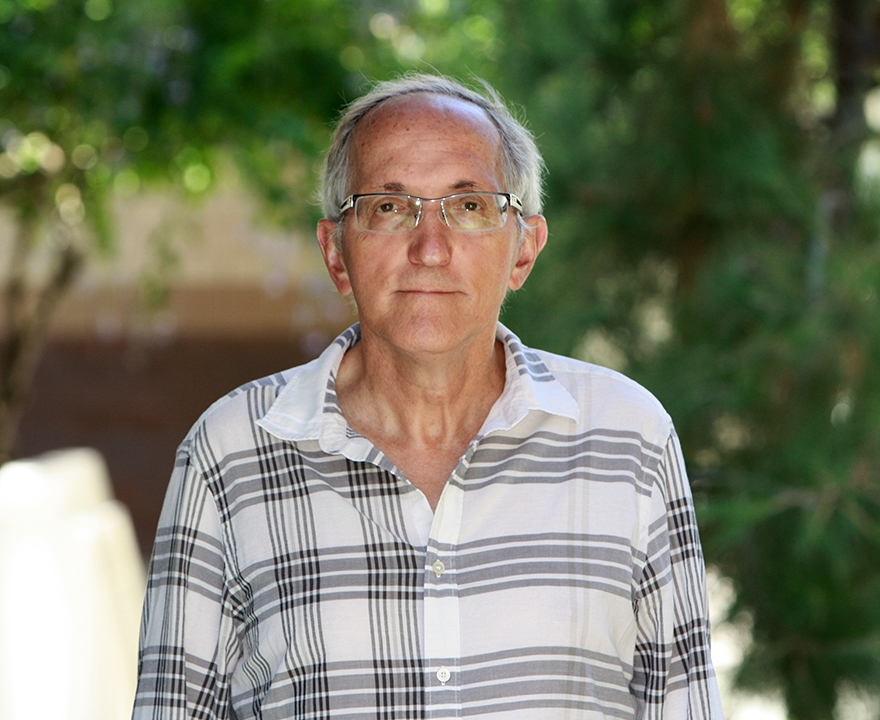 Zygmunt Pizlo, cognitive sciences professor and Falmagne Chair, studies visual perception, particularly three-dimensional visual perception. The brain receives two-dimensional images and has to infer the actual 3-D structure of the environment. The conventional view has been that this inference is driven by accumulating visual cues and combining them; the more data you have, the better the inference. But Pizlo explains that the real story is different. Three-dimensional vision is driven by a priori knowledge humans have about the physical environment. Symmetry of objects is the best example of what the visual system knows a priori. Symmetry is ubiquitous in our environment: animals are mirror-symmetrical because of the way they move; plants are symmetrical because of the way they grow; and man-made objects are symmetrical because of the function they serve. Imagine an object that’s completely asymmetrical – it would be dysfunctional, he says. Trying to understand this inference of creating a 3-D visual representation from a 2-D input involves mathematical and computational modeling. Mathematical modeling is natural here because symmetry happens to be a central concept not only in perception but also, or first of all, in mathematics and physics. Computational modeling is needed in order to verify whether what the model “sees” is what human observers do. The computational models are also tested in computer vision applications to verify how well they can deal with real images of real scenes under real-time constraints. These computer vision tests will also shed light on one of the classical questions in Artificial Intelligence, namely what the benefit is of emulating nature when making technological inventions.

Besides vision, Pizlo has also focused on other cognitive functions. He’s interested in the similarity of how the brain produces visual perceptions to how the brain handles other cognitive tasks such as auditory and haptic perception, motor control, language understanding, concept formation, problem solving, as well as creative thinking, which is the essence of making scientific discoveries.

Pizlo is the author or editor of three books and 14 book chapters. He’s published more than 60 academic studies in prominent journals including Vision Research, Memory & Cognition, the Journal of Imaging Science & Technology, Perception, the Journal of Vision, and the Journal of Mathematical Psychology, to name a few.

He’s a member of both the Society for Mathematical Psychology – which named him the New Investigator Award recipient in 1994 – and the Vision Sciences Society. He’s current editor of the Journal of Problem Solving.

The cognitive scientist’s work has been funded by a host of public and private granting agencies including the United Nations Development Program, the National Institutes of Health, the National Science Foundation, the Air Force Office of Scientific Research, the U.S. Department of Energy, the Department of Defense, Sandia National Laboratories, Hewlett-Packard, the Ford Foundation, and Ford Motor Company.

Pizlo earned his Ph.D. in electrical and computer engineering at the Institute of Electron Technology, Center for Microelectronics, in Warsaw, Poland in 1982, and his Ph.D. in psychology at the University of Maryland at College Park in 1991.

He comes to UCI from a professorial post at Purdue University where he’s been since 1991. Prior to that, he was a research fellow on two different appointments (1982-84; 87-88) at the Nencki Institute of Experimental Biology at the Polish Academy of Sciences in Warsaw. From 1984-87, he was a research fellow at the Central Institute Of Occupational Hazards, Department of Ergonomics in Warsaw.

UCI’s long tradition of excellence in mathematical psychology, computational modeling and vision research brought the Polish-native to campus, and he’s excited to be part of the unique cognitive sciences department while collaborating with colleagues across campus in engineering and mathematics.