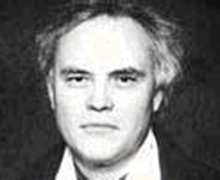 Bill’s time at Western began with his groundbreaking collaboration with Bub on the foundations of quantum mechanics. In 1997 he became managing editor of the Western Ontario Series in the Philosophy of Science, and remained in that position until his retirement. These are but two of his many contributions to Western’s worldwide reputation as a research centre for the philosophy of science. Another profound and lasting contribution was his work as a mentor to many doctoral students who have gone on to academic careers of their own. Long after his retirement, students and former students continued to seek out his philosophical guidance, which Bill continued to offer with his usual care and generosity until his very last days.

Beyond his interests in the foundations of physics, Bill also was known for important work in the foundations of logic and mathematics, cognitive science, computer science, and linguistics. In the later decades of his career, he was increasingly celebrated for his work on the analytic philosophical tradition and the philosophy of language, especially on topics connected with Frege, Russell, and Carnap. His work was recognized by many external fellowships, including a Killam Research Fellowship from the Canada Council, and Visiting Fellowships at All Souls’ College, Oxford, and the universities of Canterbury, Bristol, Minnesota, and British Columbia. He continued to receive invitations to lecture at conferences around the world, well after his health would no longer allow him to accept.

Bill was diagnosed with non-Hodgkins lymphoma in 2007. Those who were close to him will remember the quiet courage with which he faced his illness. In the wider philosophical world, however, the last ten years of his life will be remembered as a time of remarkably fruitful work on new philosophical interests. This included not only rethinking traditional questions about quantum mechanics, but also developing an original perspective on the nature of scientific theories in general. He published an astonishing number of significant papers in leading journals, as well as a collection of new and recent papers (Logicism and its Philosophical Legacy, Cambridge University Press, 2013). His death came just as he was finishing a monograph, On Theories, which will complete his legacy to the discipline.

Bill is survived by his wife, Raimonde (née Mial); his sons, William and Alexis; his grandchildren, Isabel, Reema, and Sabine; and his sister, Georgia.