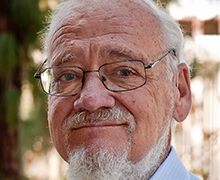 Skyrms has been a leader for many decades in the epistemological side of philosophy of science, and is a particularly central figure in debates about induction, Bayesianism, and subjective probability. His books in this area include Choice and Chance: An Introduction to Inductive Logic (four editions, 1966 to 2000), Pragmatics and Empiricism (1984), and The Dynamics of Rational Deliberation (1990), along with many classic articles. More recently Skyrms has done ground-breaking work on evolutionary models of social behavior, especially cooperative and communicative behaviors. His three books in this area, Evolution of the Social Contract (1996), The Stag Hunt and the Evolution of Social Structure (2004), and Signals (2010) are already regarded as classics, and have initiated a large and exciting literature following his lead. With models that are always as simple as they could possibly be, but no simpler, Skyrms has changed the direction of discussions of meaning and information, and explored rich and unexpected mappings between evolutionary theory and decision theory.

Skyrms has written a total of six sole-authored books, co-authored one with Persi Diaconis, published two collections of papers, and edited or co-edited another seven books. He is a member of the National Academy of Sciences, a winner of the 1999 Lakatos Award, and was President of the PSA (2004-2006) and the Pacific Division of the American Philosophical Association (2000-2001). Lectures include the 2014 David K. Lewis Lecture, Princeton University, the 2013 Wesley Salmon Lecture, University of Pittsburgh, the 2010 Ernest Nagel Lectures Carnegie-Mellon University, the 2008 Jack Smart Lecture Australian National University, the 2006 Hans Reichenbach Lecture, UCLA, and the 2005 Ludwig Wittgenstein Lectures at the University of Bayreuth. He has also played a key role in building UCI’s Department of Logic and Philosophy of Science and has advised numerous students who are now teaching in leading departments around the world and who continue the Skyrms tradition of rigorous and creative philosophy of science.

-from the Philosophy of Science Association