Rubin paper to be published in Erkenntnis 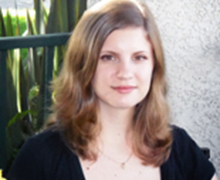 Rubin paper to be published in Erkenntnis


Hannah Rubin, currently a fifth year student in LPS, recently published a paper entitled "Genetic Models in Evolutionary Game Theory: The Evolution of Altruism" in Erkenntnis, a leading international journal in philosophy.  The evolution of altruism -- that is, behavior that helps others, even when it hurts yourself -- has been a topic of longstanding controversy in evolutionary theory and philosophy of biology.  If organisms evolve to do what is best for them, how could altruism arise and persist?  Rubin points out that models used to explore the evolution of altruism often assume that organisms reproduce asexually, with each organism having a single parent that passes on all of their genetic material.  She then goes on to show that if one uses a model in which genetic information is passed on from more than one parent, as with sexual reproduction, there are stable situations in which the majority of a population acts altruistically.  Congratulations, Hannah!