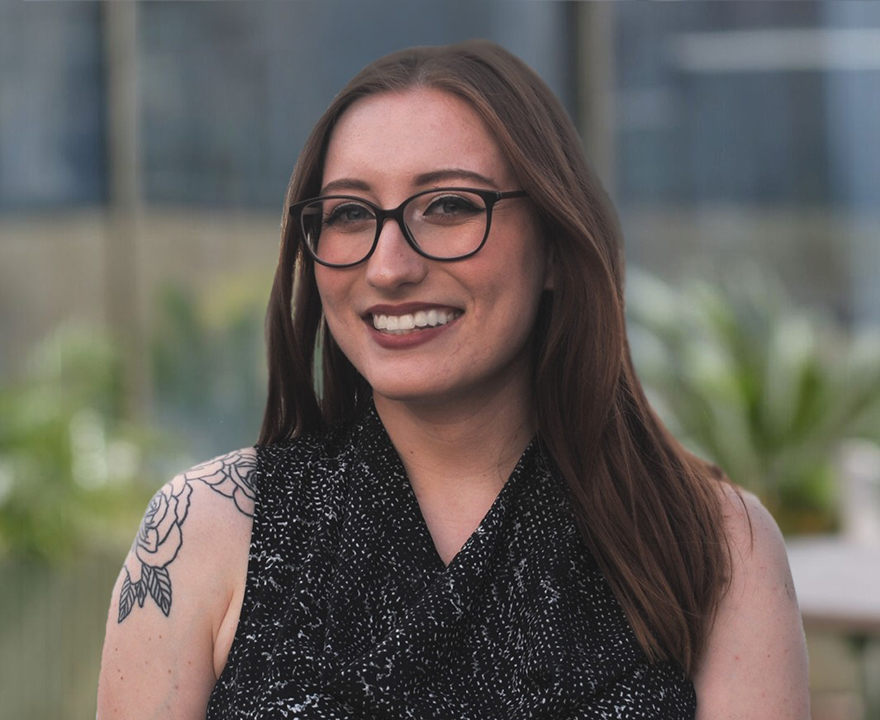 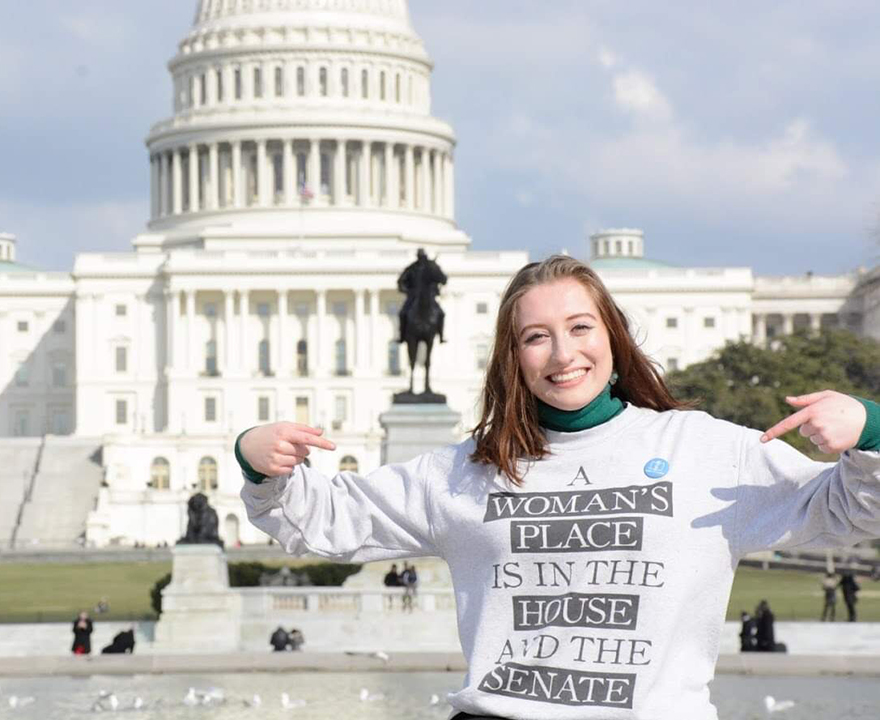 Last spring, Berna Idriz was sweating. It was 105 degrees outside. Wildfires raged across the West. She was writing her honors thesis about climate change. While she was struck by the timeliness of her topic, she doubted she’d have much use for it once her thesis was submitted.

But the following winter, Idriz was awarded a fellowship with Greenbelt Alliance, a Bay Area land-use policy organization, largely based on the research experience and knowledge she gained from writing her thesis.

“I got this fellowship because of my honors thesis, and I have actually used my research to inform many of my projects at work. Everyone says your undergrad thesis doesn't matter after graduation, but for me, the exact opposite was true. I wouldn't have landed this opportunity if it weren't for that thesis! I am working on real world research projects that directly stem from my experience at UCI,” she says.

“Berna used an intellectual passion to build career opportunities. Plus, her honors thesis could be used as a writing sample for graduate school. She is the poster child of students conducting original research and making it relevant to their future job trajectory,” she says.

Idriz now works full-time as a climate and equity associate for Greenbelt Alliance where she conducts research on how to incorporate equitable nature-based solutions in municipal climate action plans.

“One of the reasons we got to this point is that we have an extractive relationship with the environment. If we work in tandem with what nature already does and develop nature-based solutions, we can improve resiliency and fight climate change,” Idriz says.

As an example, she explains how river plants use the interface between land and water to prevent flooding or absorb heat when temperatures rise.

Idriz wasn’t always focused on the environment. When she first arrived at UCI, she was interested in studying her family’s countries of origin (Idriz was born in Bulgaria to Turkish parents) and perhaps pursuing a career in diplomacy, due to her proficiency in four languages (in addition to English, Idriz speaks Turkish, Bulgarian, and Spanish).

But during her sophomore year, Idriz’s interests took a turn when she was selected to participate in the Olive Tree Initiative (OTI). Students in the program attended seminars about conflict analysis and resolution and took an educational trip to the region studied. When Idriz traveled to the Middle East, she was impressed that despite the historical conflict, the neighboring countries were able to agree on the implications of drought on the Jordan River.

“The one area that knows no boundaries is water. Everyone feels the pain of a drought. That’s when I became interested in nature bringing people together and what environmental peacemaking could look like,” she says.

Another School of Social Sciences program that proved to be formative to Idriz was the Deconstructing Diversity Initiative (DDI) through which students learn both in the classroom and through travel to sites of historical and contemporary importance to the experience of race in the United States. As part of the program, Idriz traveled to Chicago, New Orleans, Atlanta, and Washington D.C.

In New Orleans, Idriz and her peers met with a founding member of the Louisiana Black Panther party. The activist explained how the impact of Hurricane Katrina was still very present in communities of color.

“He told us in such an emotional way that the foundation of our work should be addressing climate change. He’d been an activist for 50 years, he participated in the Civil Rights movement, but the thing that gave him the most anxiety was the climate crisis and how it will exacerbate inequality. He said he was worried about us young people and what we’ll have to face,” she says.

Idriz’s participation in both experiential learning programs solidified her commitment to fight the climate crisis.

Idriz’s altruism is echoed by her mentor, Darian-Smith. “Berna is very empathetic and generous. She is driven by the pursuit of making the world better. She works and volunteers to such a degree that I had to tell her to stop,” she says half-jokingly.

Idriz’s desire to improve the world also applies to political activism. While a student at UCI, she worked as a climate policy intern for NextGen America. While there, the founder of the progressive policy group, Tom Steyer, ran for president. Idriz joined his campaign and impressed his team so much that they offered her a full-time position on his campaign and asked her to write the first draft of his international climate plan.

“My mind was blown. I was able to take my lived experiences and reflect it in his policy plan,” she says.

Tom Steyer isn’t the only candidate Idriz has campaigned for. She also worked as an organizer for the California Democratic Party who supported the campaign of U.S. Representative Katie Porter (D-CA 45th District). Because of this role, she was invited to hear former President Barack Obama speak in Anaheim.

“I’m this girl, from this country no one even knows about and here I am invited to hear Obama speak,” she says.

Hope for the future

As part of her work, Idriz is constantly reading scientific studies to stay abreast of any findings related to climate change, including the recent United Nation’s Intergovernmental Panel on Climate Change (I.P.C.C.) report. Despite calling it “very doomsday,” she is optimistic about the future.

“Unlike other issues, there’s a solution. The science exists and there’s becoming more and more of a consensus. So many young people are moving the needle forward,” she says.

Idriz has every reason to be optimistic about her own future too. Conducting research at Greenbelt Alliance has confirmed her goal to pursue a Ph.D.

“I’m so grateful I chose UCI. It was truly life changing. I met a network of people who, when I expressed my ideas, made me feel that the sky’s the limit,” she says.