From jazz to logic 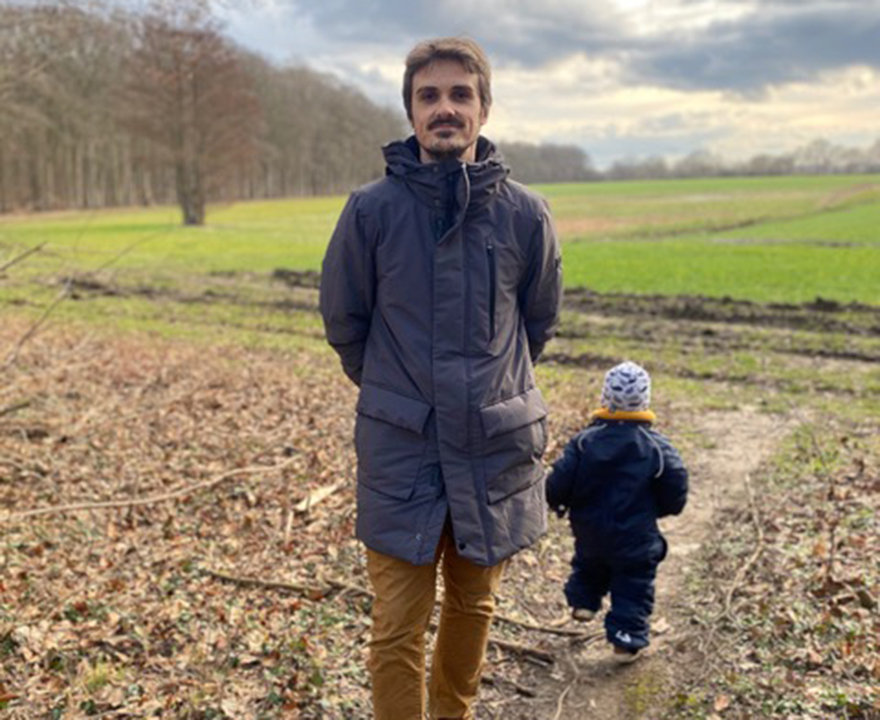 From jazz to logic


Growing up in Brazil’s southernmost state, Fabio Lampert had an ear for music. He immersed himself in its study at a conservatory in São Paulo and he became a professional jazz musician before he decided to pursue his undergraduate degree in philosophy.

“I became very curious about different modalities of truth and their logic: some truths could have failed to be the case, some truths are true no matter what,” he says. “Specifically, I wanted to understand better some arguments concerning the existence of God, his relation to time, as well as to human free will. I thought that by doing an undergraduate in philosophy I would understand those things in a better and deeper way.”

Admittedly, he says, progress toward these answers is slow going, but with each step he makes, his interest in the topic has only grown.

He earned his bachelor’s and master’s and was accepted to UCI’s graduate program in logic & philosophy of science which boasts top ten world rankings in each of the department’s subfields. And, much to his delight, he no longer had to gig to pay for school while pursuing his Ph.D.; the Department of Logic & Philosophy of Science guarantees six years of funding for admitted students. He also secured Miguel Velez, Christian Werner, and Associate Dean fellowships that afforded him an opportunity to focus fully on research.

As an Anteater, he pursued the topic of logic and more specifically the information conveyed by what we say, and the nature of what we know.

“Basically, I have been asking questions about ‘what is said’ when we say something, and ‘what is known’ when we know something,” he says. “For instance, what is this piece of information conveyed by the English sentence ‘snow is white’ and the Portuguese sentence ‘a neve é branca’? Typically, philosophers say those things are propositions. Lately, I have been very interested in the nature of propositions. What are they? How do we get to know them?”

While at UCI, he published work in Philosophical Studies, and he has two more pieces forthcoming in the Review of Symbolic Logic and Faith and Philosophy.

With the completion of his Ph.D. this year, Lampert is now working as a philosophy postdoc at Universität Greifswald in Germany, and he’s extremely grateful for the series of events – including TOEFL tutoring assistance from his English teacher girlfriend who’s now his wife – that helped propel him from a career in music to one in philosophy at the highest level.

Congrats, Fabio – and congrats to all of the graduating class of 2021!