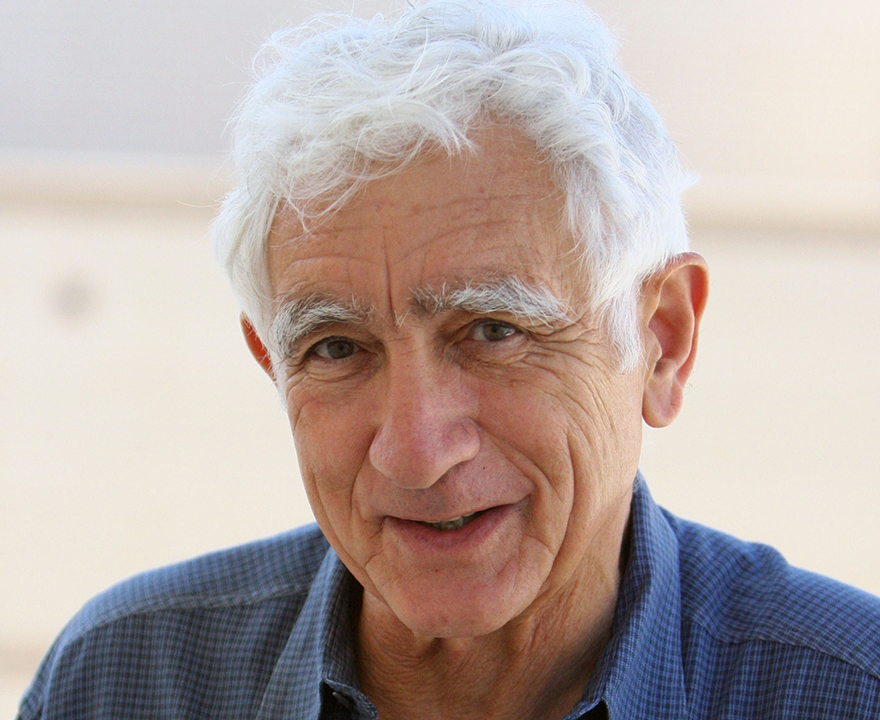 
Frank Cancian, anthropology professor emeritus and documentary photographer, passed away Nov. 24, 2020. He was 86.

Cancian received his undergraduate degree in philosophy from Wesleyan University in 1957, but his passion was in photography. He spent a year in Italy on a Fulbright scholarship taking photos and documenting life in the rural Italian community of Lacedonia. When he returned to the U.S., his skills behind the camera earned him his own art show and a position as a reporter and photographer with the Providence Journal in Rhode Island. He then went on to graduate school at Harvard, putting his photography aside and shifting his focus to research.

He spent 30 years of his academic career studying the Mayan people of Chiapas, Mexico. He enjoyed professorial posts as an anthropologist at Stanford (1964-66), Cornell (1966-69) and another stint at Stanford (1969-76) before joining the faculty at UCI in 1976. For 23 years, he taught undergraduates and graduates on the Irvine campus and conducted his anthropological research, totaling more than three years of fieldwork in Mexico and resulting in three books: The Decline of Community in Zinacantan: Economy, Public Life, and Social Stratification, 1960-1987; Economics & Prestige in a Maya Community: The Religious Cargo System in Zinacantan; and The Innovator's Situation: Upper-Middle-Class Conservatism in Agricultural Communities.

"Frank was a good friend from the moment I met him in 1964 at Stanford when I was a grad student and he an assistant professor," says Mike Burton, UCI anthropology professor emeritus. "He was a wonderful person and, in my view, one of the most important anthropologists of his generation. He played a key role in the development of our anthropology program and was an important leader in the School of Social Sciences, and on the UCI Campus."

He chaired the Department of Anthropology from 1991-94 and served in a variety of administrative roles where his calm, even demeanor helped elevate the department, school and campus, says Leo Chavez, UCI anthropology professor and department chair.

“It was Frank's grace, even temper, and collegiality that many of us remember,” says Chavez who first met Cancian at Stanford 46 years ago. “He was great to talk to and share ideas with, and to look to for counsel. He was generous with his time to faculty and students alike. He was a mentor and friend, and I am truly saddened by his loss.”

Cancian retired from official faculty duties in 1999, and with more time to pursue other passions, photography was once again at the top of his list. He published Orange County Housecleaners, a photo ethnography featuring the pictures and stories of seven women who make their livings cleaning houses close to the southern California campus.

He started a blog called Main Street UCI to capture and archive diverse, firsthand accounts of life at UCI from those living it – students, faculty, staff, and visitors. He filled galleries with pictures he’d taken during his lifetime of teaching and travels, featuring exhibits like While Waiting, a collection of photos he snapped when he found himself or others waiting for someone to arrive or something to happen – standing outside a restaurant opening, sitting before a church service, or stuck in a waiting room for a healthcare appointment that didn’t start on time. He also mentored undergraduate students interested in ethnographic anthropological research – efforts which earned him an Outstanding Emeritus Award from the UCI Emeriti Association in 2012.

“In his photography as well as his ethnographic research, Frank found meaning where many would see the mundane, and elevated it to speak to who and how people really are, captured in those moments when they are just going through their day,” says Bill Maurer, social sciences dean and anthropology and law professor. “Along the way, Frank helped us all to know better who we are, as scholars, as people, as a campus. Although he wrote that he had no particular vision behind his photography, from his evocative photographs of people waiting – for the bus, for the bank to open, for a friend – to his visual chronicle of the normal vibrancy of Ring Mall that has with regularity boomed with the collective voice of protest, Frank helped us to see ourselves and our society. Just like he was doing all the time, in the classroom, in the halls, at the lunch table with his colleagues and friends.”

With his attention back on photography, the pictures of the small Italian commune he’d snapped a half century earlier were brought back to life via his website where they were discovered by a man who had grown up in Lacedonia. Ongoing conversations between the two led to a photo exhibit in Lacedonia in August of 2012, which Cancian attended. A year later, the photos were bound into a book, Lacedonia: Un Paese Italiano, 1957 (An Italian Town, 1957). And in August 2017, Cancian traveled back to the small town for the grand opening of a museum where his work remains on full display. He also personally published a second edition of the book that includes an addendum on the origins of the museum.

Before he passed, his final book - a collaborative project with the Museum of Civilizations and its manager, Francesco Aquilanti – was published. The work, Un paese del Mezzogiorno italiano, discusses his life and photography in Italy and was accompanied by an art exhibition at the museum in Rome which Cancian attended virtually.

Upon leaving for what would be his last trip to Italy in 2017, Cancian said that his Italian photos represented his most valued collection. “These photos mean so much to me because I know the people now and the photos are valuable to them,” he said. When asked if he had any wise words for the next generation of anthropologists, Cancian’s parting advice was: “Treat people respectfully. And you’re not going to learn anything by talking about yourself.”

Cancian is survived by his wife, Francesca; children Maria Cancian (Charles Kalish) and Steve Cancian (Hanne Rasussen); and grandchildren Emma and Rosa Kalish. He is remembered fondly by his extended family of friends and colleagues throughout higher education and the small Italian town which now cherishes his legacy as its own.

Information about a virtual memorial celebration will be forthcoming.