For immigrants, the real risks of virtual activities 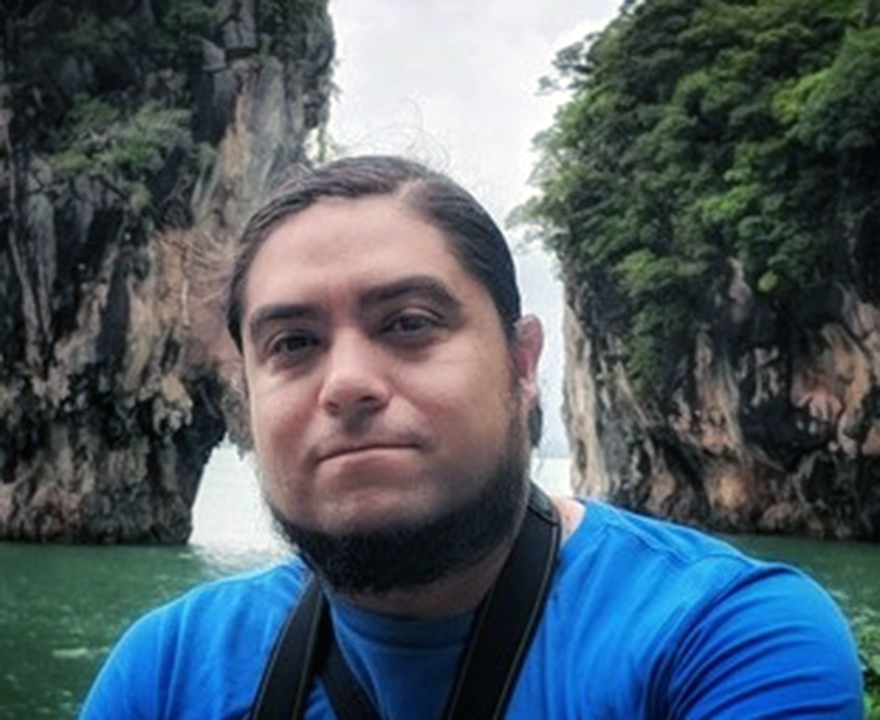 For immigrants, the real risks of virtual activities


The COVID-19 pandemic has driven society online. Virtual classrooms, Zoom video calls, online entertainment and so many other digital activities have become parts of everyday life.

For immigrant communities, especially undocumented immigrants, connecting over the Internet also can be perilous. Adán Martinez Ordaz, a third-year Ph.D. student in the Department of Anthropology at UCI’s School of Social Sciences, is studying immigrants’ use of online platforms.

He has seen how the Internet can simultaneously be a lifeline and an ensnaring net.

“What you post online could potentially jeopardize your ability to gain legal status,” Martinez Ordaz says. “For example, if you post a picture of something that could be interpreted as gang-related, that could derail your pathway toward legalization.”

His important research now has the support of the National Science Foundation (NSF) Graduate Research Fellowship Program (GRFP). He is among 46 UCI graduate students who received NSF GRFP grants this year.

As part of his work, Martinez Ordaz encourages undocumented immigrants to be careful about what they publish on the web. Even seemingly innocuous posts on social media can give immigration authorities enough data to track them down or enough cause to pursue deportation.

“In the majority of the Latinx community, mobile phones are how they access the Internet,” he says. “People aren’t aware enough of the digital footprint that gets created by what appears to be a meaningless post. A picture of your backyard, shared with friends on social media, still creates all this metadata, which can be put in a profile where there is a case against you.”

Martinez Ordaz deeply understands the immigrant experience, having been born in the Mexican state of Michoacán, in a small town called Purépero, before arriving in the U.S.

His father was a farmer, and seasonally migrated back and forth between Mexico and the U.S. When the North American Free Trade Agreement was enacted in 1994, the farming industry in the family’s hometown collapsed. Border crossings had become more challenging. Facing economic hardships, his parents decided to move the family to the U.S.

“If not for that, if my parents hadn’t been forced to migrate, I wouldn’t be here,” he says. “I’m trying to make the most of this opportunity, not for myself, but to honor the sacrifice they made.”

Martinez Ordaz grew up in Riverside County in California and recalls that he felt unable to live a normal life or spend much time outside for fear that the authorities might swoop in with deportation orders. The walled-in experience of COVID-19 stay-at-home orders has felt similar.

“Maybe this is why I’ve handled the quarantine better than others, because this was kind of my life growing up, always being on the lookout, always thinking that something was going to happen and having this feeling that this invisible enemy might show up,” Martinez Ordaz says. “The constant fear of deportation was always lingering over my head. Every trip to the supermarket these days feels a lot like when I was undocumented. Back then it was always a journey, getting from point A to point B safely.”

One of his mentors, UCI Distinguished Professor of anthropology Leo Chavez, cites Martinez Ordaz’s inner strength as an integral part of the graduate student’s work.

“Adán is a person who has amazing resilience and perseverance,” Chavez says. “He has overcome a great deal, and I think those personal experiences give him a lot of insight into the importance of research. It’s not just an academic or scholarly issue. He values education to an extent that lifelong citizens sometimes take for granted.”

Chavez tells his students that a successful research project stems from examining what kinds of problems exist in the world and what unique insights they might have about those problems. Martinez Ordaz’s research project fulfills that criteria with urgency and relevance.

Martinez Ordaz always dreamed of going to college, but 9/11 forced him to delay those aspirations. He worked factory jobs for a few years until he was able to obtain permanent legal residency and enroll full-time at a community college.

After transferring to UCLA to complete his undergraduate degree in anthropology, he chose UCI for his graduate studies because of the opportunity to work with renowned faculty.

“These are scholars who I have looked up to for a while, and this was an opportunity to be tutored and mentored by some of the top minds in their fields,” he says.

UCI professors have been able to point him to sources and guide him on how to collect information on such a sensitive topic. He feels that UCI understands his backstory and purpose in pursuing research on immigrant communities.

After the 2016 presidential election, Martinez Ordaz noticed a drop in people posting in the online communities he was part of, as people feared the surge in anti-immigrant rhetoric and policies. He’s concerned that the tracking mechanisms emerging for contact tracing amid the COVID-19 pandemic could become permanent features of the surveillance state.

“I see surveillance and tracking intensifying,” he says. “9/11 played a very significant part in getting to the point we are in right now. That period is over and now we’re looking at the post-COVID-19 era, and I’m worried about the ramifications we’re going to see in terms of safety and privacy.”

As he has developed his methodological approach, Martinez Ordaz has relied on the expertise and mentorship of UCI anthropology professor Kim Fortun. She credits him for the notably integrative quality of his work.

“Adán is looking at digital tools and immigrant communities. Often research on those two topics runs in parallel and doesn’t interrelate,” Fortun says. “One of his contributions is to bring those two powerful bodies of scholarship together. He is also deeply aware of how vulnerable these communities are and that they wouldn’t usually trust researchers. You feel in his representation of his project the enormous moral commitment that he has to do research that bolsters the community he comes from and studies.”

Martinez Ordaz plans to use the NSF GRFP grant to develop his skills in quantitative analysis, an area that will complement his skills in ethnographic research. He plans to collect and analyze large data sets scraped from social media. Although most of his fieldwork is conducted online, he intends to do in-person interviews with representatives of Latinx communities.

In tandem with conducting research, he also is resolute about making the lessons of that research accessible to the very communities he is studying.

“I want to do some sort of workshop about how you can be aware of and protect your digital footprint,” Martinez Ordaz says. “A big part of my project looks at what is going on outside academia, and I want to be able to bring those perspectives into my research, so vulnerable community members better understand the perils of online networks.”