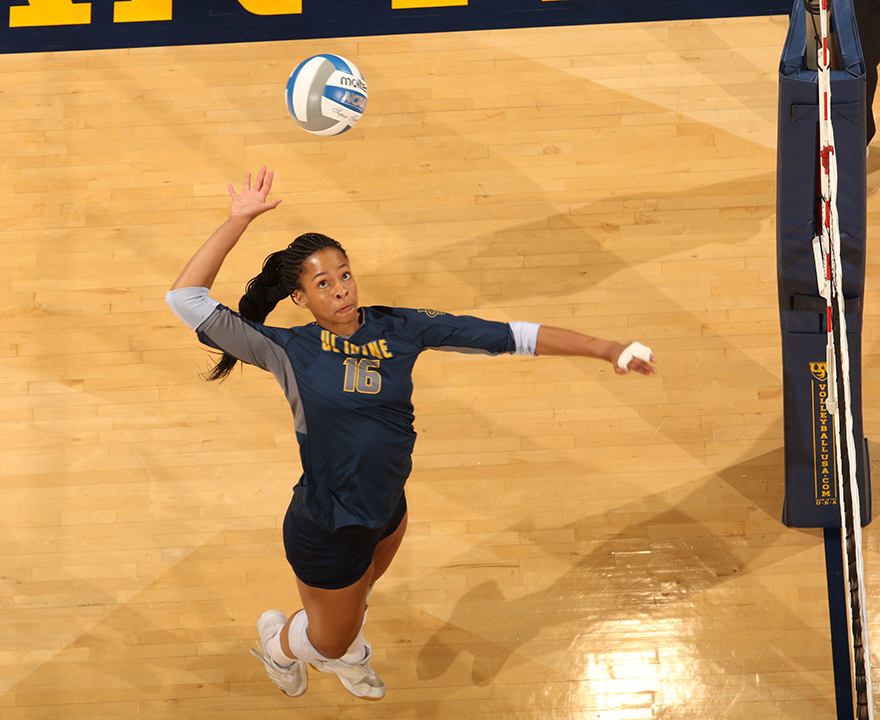 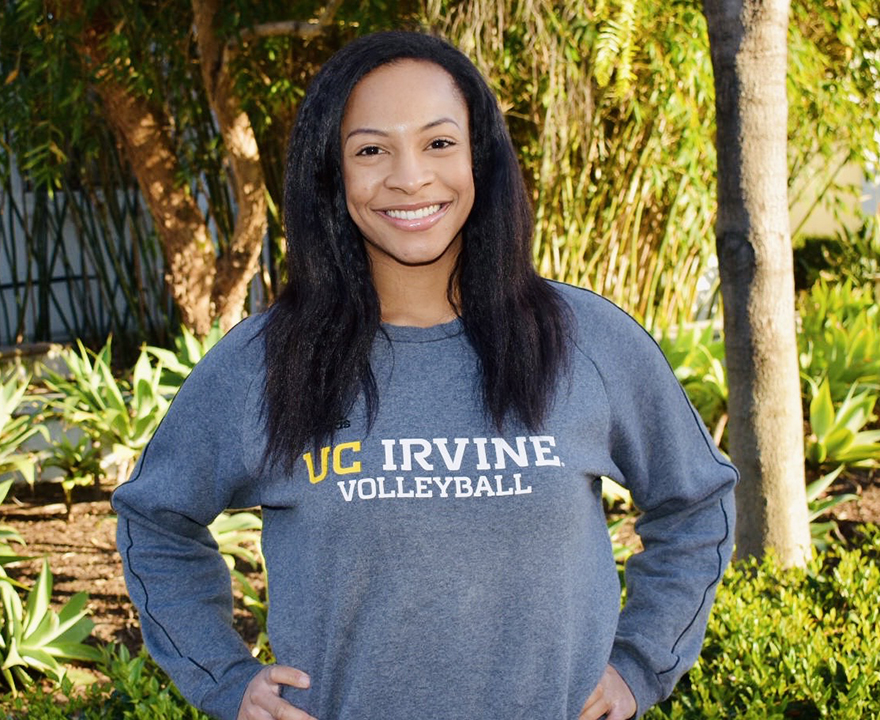 UCI senior Loryn Carter ’20 makes quite an impression. At 6’3”, she’s hard not to notice. But it isn’t just her height that garners attention: Carter’s skills on the volleyball court, as well as her leadership roles on campus, have carved out an impressive legacy during her time as an Anteater.

A political science major, Carter will graduate this spring. As her time on campus comes to a close, Carter reflects on the experiences that have shaped her college career, as well as the path that led her to where she is today.

Carter grew up in Pomona, CA with her parents Bill and Lori and her older sister, Selby. Selby played volleyball, and like many younger siblings, Loryn was dragged along to her sister’s practices. When her mom discovered that there was a team for Loryn’s age group practicing at the same time, Carter was soon signed up and on the court. She quickly found her footing in the game that she would grow to love, and she played club volleyball starting in sixth grade.

Carter attended St. Lucy’s Priory High School in Glendora and was a standout on the volleyball team. While in high school, Carter attended a volleyball camp at UCI along with some of her teammates. She so loved the experience that Carter committed to play volleyball for UCI at the end of her sophomore year.

Originally a middle blocker, Carter has served as outside hitter during her time as an Anteater. She is a force at the net, and led the team in kills her junior year. Ashlie Hain (‘04) – who’s been the UCI head coach since the year before Carter arrived – developed a close relationship with Carter built on mutual respect.

“As a Division I student-athlete, Carter excelled in the classroom, was an exemplary teammate and got to practice each morning well prepared and enthusiastic about the day’s work ahead,” says Hain. “Around the athletic facilities and main campus, she’s a familiar and friendly face that exemplifies what it means to be an Anteater.”

Carter has proven herself to be a leader off the court as well, serving as 2019 team captain, as well as holding a position on the NCAA Student-Athlete Advisory Committee, which provides a forum for communication and feedback to improve the overall experience for student-athletes.

“She was very influential in many of the decisions that we made for our student athletes,” says Alexis McDonald, assistant athletic director, academic & student services, who’s worked with Carter on the committee and been impressed by Carter’s proclivity to lead. “Her work ethic and leadership are both commendable and a great representation of the character that she exudes and that we hope to see from our student athletes.”

Being a student athlete requires dedication to both academics and athletics, and the pressures of both can be significant, particularly at the NCAA Division I level. Carter views handling the demands of both as an opportunity. “I looked at it as a challenge: I was excited about school,” says Carter. “I just really wanted to soak up as much as I could while I could because this is an extremely fortunate opportunity that I am in.”

Her social sciences academic advisor, Kurt Hessinger, agrees. “Loryn represents what it means to be a full-time student and full-time athlete. The reason I say full-time for student and athlete is that it requires a unique and demanding dedication to both to succeed as Loryn has.”

Off the court, Carter’s interest in politics was piqued early on and encouraged by her parents. It was a family tradition to watch “This Week” with George Stephanopoulos together and discussions about the current political climate often ensued.

When she entered UCI, Carter was originally a business economics major. However, the 2016 election prompted her to change her major. “I’m really interested in politics - I want to figure out how I can make a change, whether it’s at the local, state, or national level,” she says. “I feel like there’s just so much that needs to be done.”

The courses that Carter has taken have shaped her interest in politics and focused her attention on where she’d like to take her career. Her honors thesis is a study of the achievement gap between black and white students. In her thesis, she’s looking at educational environment, and studying different factors that contribute to the achievement gap, such as early childhood development, funding, neighborhood economics, and more. In addition, Carter is proposing sample policy recommendations.

Working with Carter on her thesis is James Danziger, political science professor emeritus. Danziger sees in Carter the attributes that have contributed to her success in both athletics and academics.

“As a former student-athlete myself, I recognized in Loryn someone who has the capability and drive to excel in both domains,” says Danziger. “Loryn will be an alumna of whom UCI will be very proud.”

Carter is also minoring in urban and regional planning to gain a tangible sense of how to make change in communities. “By combining my major and minor, I’ve been able to focus on things like economic development, sustainability, housing,” she says. “It’s given me a nice history of the federal, state, and local policies that have shaped the way our cities are made up.”

As for future plans, Carter is excited to begin her career in serving her community. She is considering policy-making, economic development, and regional planning as potential career fields.

Looking back on her time at UCI, Carter is nostalgic about her experience and the opportunities she’s had on campus, as well as the relationships she’s formed with students, faculty, and staff. “The faculty is amazing,” she says. “I’ve never left a class and not felt inspired.”

She references her fellow students when asked who inspires her, and says that she is going to miss being around the intelligent and passionate students she has gotten to know.

It seems those around Carter feel the same about her.

“Loryn's future is bright and her overall success as a student athlete will prove valuable at the graduate level and in her career choices,” says Hessinger. “Each meeting I have had with her during the past four years makes me feel the future and the world are in good hands.”