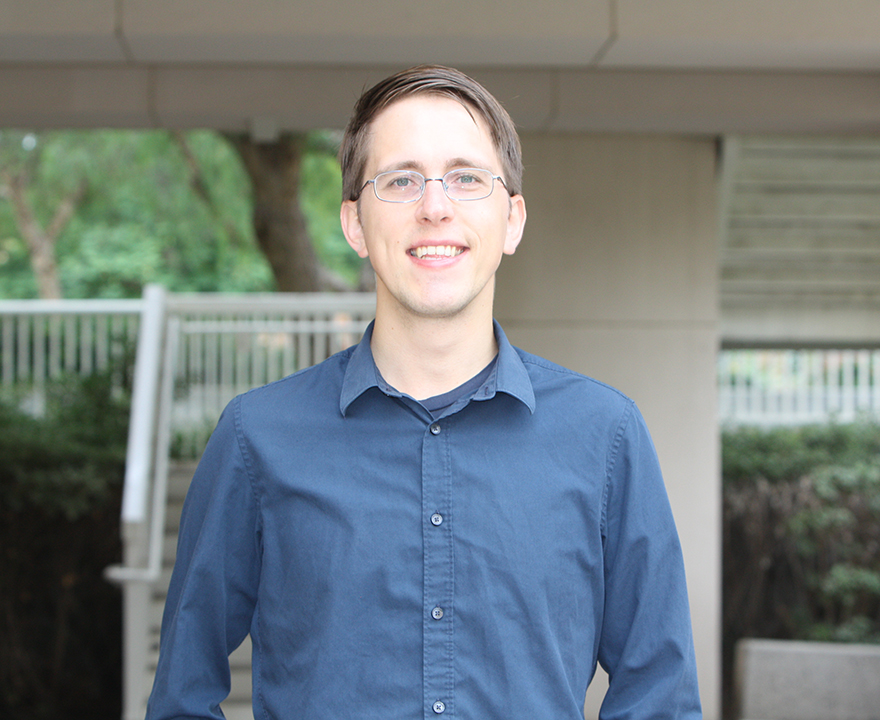 
Mark Hup, UCI economics Ph.D. student, has been awarded the sixth annual Vincent and Elinor Ostrom Prize from the Public Choice Society. The honor is awarded each year to the single best combined paper and presentation by a graduate student - delivered virtually this year at the society's annual meeting. The prize carries a commemorative plaque and $1,000 honorarium sponsored by The Institute for Humane Studies at George Mason University.

Hup’s wining paper, "Corvée Labor and State Expansion in Colonial Indonesia," was selected as one of three finalists among a field of 25 paper entries.

“The Ostrom Prize is an important way for the society to support the success of rising scholars," executive director and past president Edward Lopez said. "It helps identify promising new contributions and advances across many fields of public choice."

In his paper, Hup investigates the historical substitution of forced labor with tax revenues to finance public goods. While forced labor had been used in various settings, governments gradually phased it out in the decades surrounding the turn of the twentieth century. In theory, as a state expands it develops greater administrative capacity to rely on monetary taxation, but it also develops more extractive capacity to continue in-kind taxation of labor. Given a theoretically ambiguous effect, Hup's paper constructs a novel data set of Indonesia (colonial Java) from 1874-1905. At the provincial level, the extractive capacity effect dominates such that as local governments expanded during this period, they tended to rely on more forced labor. However, nationally
the use of corvée labor was trending negative during this same period.

National policymakers gained from having more central control over the collection and the allocation of revenue. As both the provincial and national governments expanded in capacity, this tension between extractive and administrative effects played itself out to account for the gradual elimination of forced labor taxation.

Prize co-founder and society past president, Roberta Herzberg, a former collaborator and student of the Ostroms, said “Lin and Vincent would be thrilled by the very high quality and variety of work that was submitted to this year’s prize. The award is an especially appropriate way to honor them and their lifelong commitment to students and scholarship.”

The Public Choice Society is an international, interdisciplinary association of collective action scholars in economics, political
science, law and related disciplines. The society has held annual meetings each year since 1963. Among the society’s 27 past presidents, three have been awarded the Nobel Memorial Prize in Economic Sciences: James Buchanan in 1986, Vernon Smith in 2002, and Elinor Ostrom in 2009.

Vincent and Elinor Ostrom both served as presidents of the society, in 1967-69 and 1982-84 respectively. This prize was established in 2015 to recognize the Ostroms’ ceaseless dedication throughout their careers to working with graduate students, not only on their research skills but equally on their writing and presentation skills.

“Hup's work,” Herzberg said, “and that of so many entries this year, represent what the Ostroms instilled in their students — a
commitment to creative theory, accompanied by careful empirical testing.”

-courtesy of the Public Choice Society