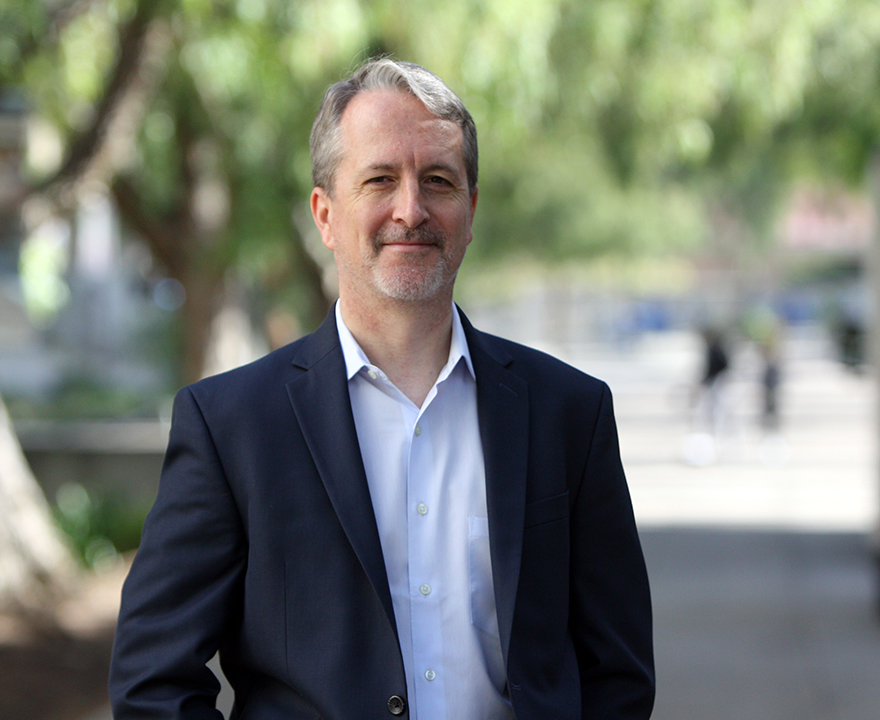 
Kai Wehmeier, UCI logic and philosophy of science professor, has been named a 2019 recipient of the Humboldt Research Award. Granted by the Alexander von Humboldt Foundation in Germany, the honor recognizes outstanding academic researchers “whose fundamental discoveries, new theories, or insights have had a significant impact on their own discipline and who are expected to continue producing cutting-edge achievements in the future.”

The honor includes a €60,000 cash prize and the opportunity to spend up to one year collaborating on a long-term research project with colleagues in Germany.

Wehmeier’s research applies techniques from mathematical and philosophical logic to investigate notions fundamental to contemporary theoretical philosophy and formal semantics, including necessity, identity, and the compositionality of linguistic meaning. His research often draws on insights by Gottlob Frege, the founder of modern logic, to the study of whose work Wehmeier has contributed significantly.

Wehmeier holds a master’s in mathematics from UC Berkeley and a master’s in philosophy from Universität Bochum, Germany, as well as a Ph.D. in mathematical logic from the Universität Münster, Germany. Before joining the UCI faculty in 2002, he held a postdoctoral fellowship at Leiden, The Netherlands, and a faculty appointment at Tübingen, Germany. During his 18-year tenure at UCI, Wehmeier has also held visiting professorships at the University of Mannheim, Germany, University of Cologne, Germany, and Université Nancy, France.

At UCI, he founded and continues to direct the Center for the Advancement of Logic, its Philosophy, History and Applications, a cross-disciplinary research unit with faculty from the schools of social sciences, physical sciences, ICS, and law. His research has been published internationally in academic journals including the Journal of Philosophical Logic, the Journal of Philosophy, Philosophical Studies, and Linguistics and Philosophy, among others. In 2017-18, Wehmeier was a fellow of the National Endowment of the Humanities.

Wehmeier will be among the 2019 Humboldt Research Prize recipients honored at a June 2020 reception in Berlin hosted by the President of the Federal Republic of Germany.