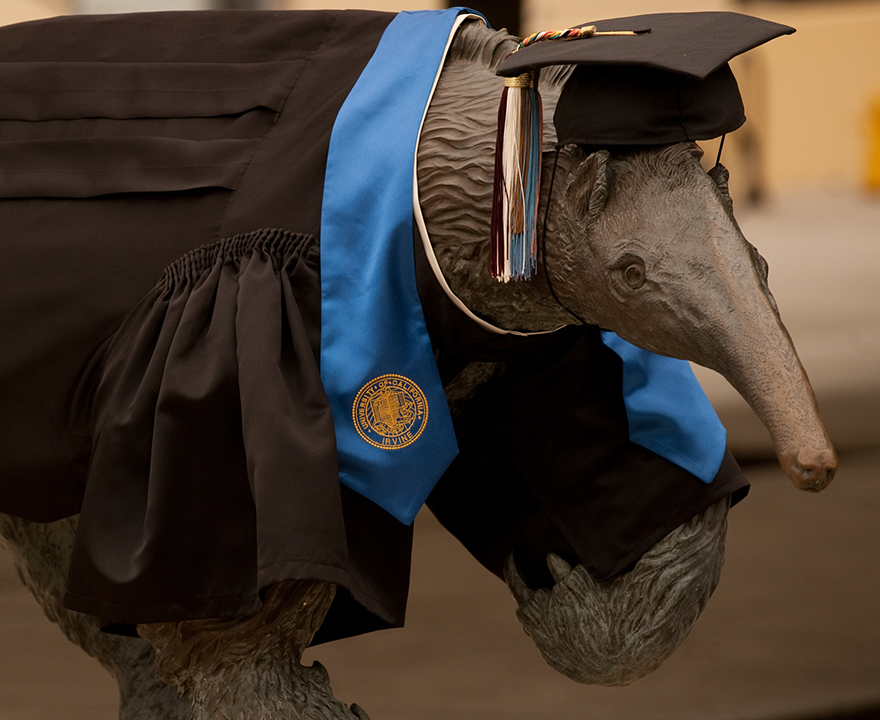 
More than 8,000 students and their families will attend University of California, Irvine commencement ceremonies between Friday, June 14, and Monday, June 17, in the Bren Events Center.

Overall, UCI will grant 10,323 degrees to 9,403 undergraduates this academic year. And in a testament to the school’s dedication to access and affordability, more than half of those bachelor’s degrees will be awarded to first-generation college students. This large percentage of traditionally underserved students is one reason why UCI has twice earned the No. 1 spot in a New York Times ranking of universities “doing the most for the American dream.”

“Our numbers tell the story of UCI’s commitment to providing a world-class education to students from all backgrounds. These graduates represent the best and the brightest, regardless of their financial or other circumstances,” said Chancellor Howard Gillman. “UCI prioritizes acting as an engine of upward socio-economic mobility, and we look forward to seeing these graduates pursue their own American dreams.”

Graduates will also benefit from the high value of a UCI education. According to Forbes, UCI ranks No. 1 in the country among public universities for “best value.” The 2019 Forbes list is the latest in a series placing UCI in the top tier of colleges nationwide. U.S. News & World Report currently rates it the seventh-best public university in America. Money magazine has named UCI No. 3 among the “best colleges in the U.S.” And in the 2019 Wall Street Journal/Times Higher Education rankings of this country’s universities, UCI placed first for offering an inclusive, supportive learning environment.

In addition, the graduation data validates UCI’s continued status as a Hispanic-serving institution, a federal designation awarded to universities where at least 25 percent of undergraduates identify as Latino and at least half of all students get financial aid. This year, UCI will grant bachelor’s degrees to 2,288 Latinos, a number that has steadily increased for the past decade.

A schedule of graduation events, including cultural celebrations, is available on the UCI commencement website. Diplomas will be awarded at 11 ceremonies over four days, with the following breakdown: