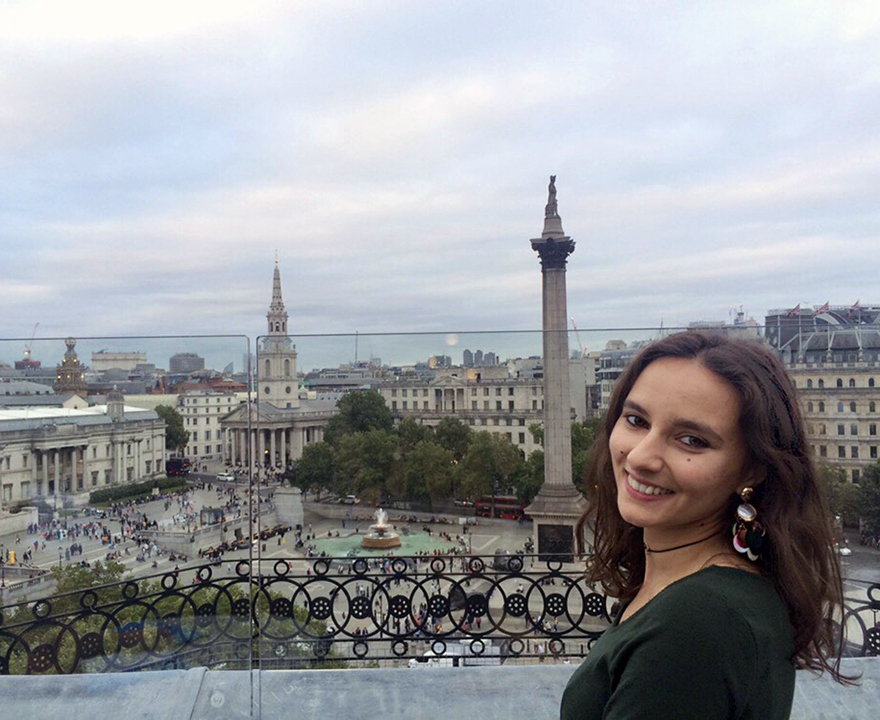 What drew you to the major in international studies and UCI?

I love traveling and learning about other cultures. International studies covers a very broad number of subjects and as someone who is indecisive, it was very appealing to me. What I didn’t think I would end up liking even more was the political aspect of international studies.

The flexibility of the international studies program here was also appealing to me. And financially, UCI made a lot of sense. I commute to campus, so I save a lot of money.

When will you graduate and what do you hope to do?

I will graduate June 2020. Afterward I want to work in the foreign affairs or non-profit field. I also want to travel to the countries surrounding the Mediterranean Sea and in the Middle East and work on growing my art business.

What activities have you been involved in on campus?

I am an active member of the Afghan Student Union and Muslim Student Union on campus. With the Muslim Student Union, I help with events they plan such as anti-oppression week. I am also a teacher assistant at Insight Academy, a Sunday school and I am involved at my local mosque. In community college, I was a part of the club called OCC Food Riders. We would pack food and transport it, by biking, to local food shelters.

Are there any unique life experiences that stand as having played a role in where you are today?

Being from an Afghan and Muslim background has significantly played a role in who I am and where I am today. My culture and religion have impacted every decision I made. The art that I make revolves around my Afghan culture and the career fields I pursue have something to do with Afghanistan because I am passionate about bettering the image Afghans have in society.

I am most often found at the Cross-Cultural Center, the School of Social Sciences, or Starbucks.

I always remember the people I’ve met and the times we spend together whether it be studying, working on a club project, or just hanging out.