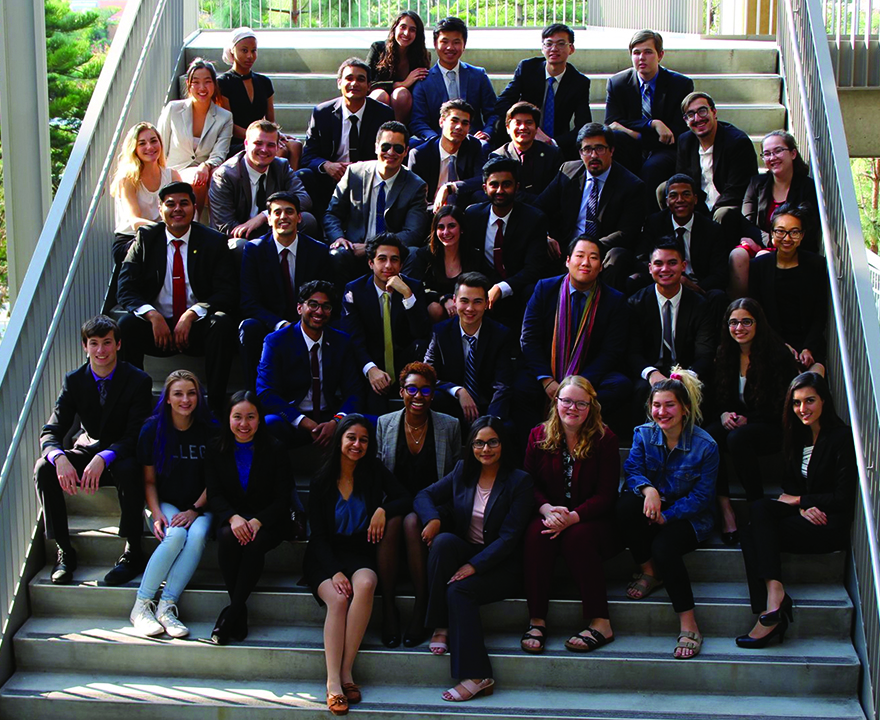 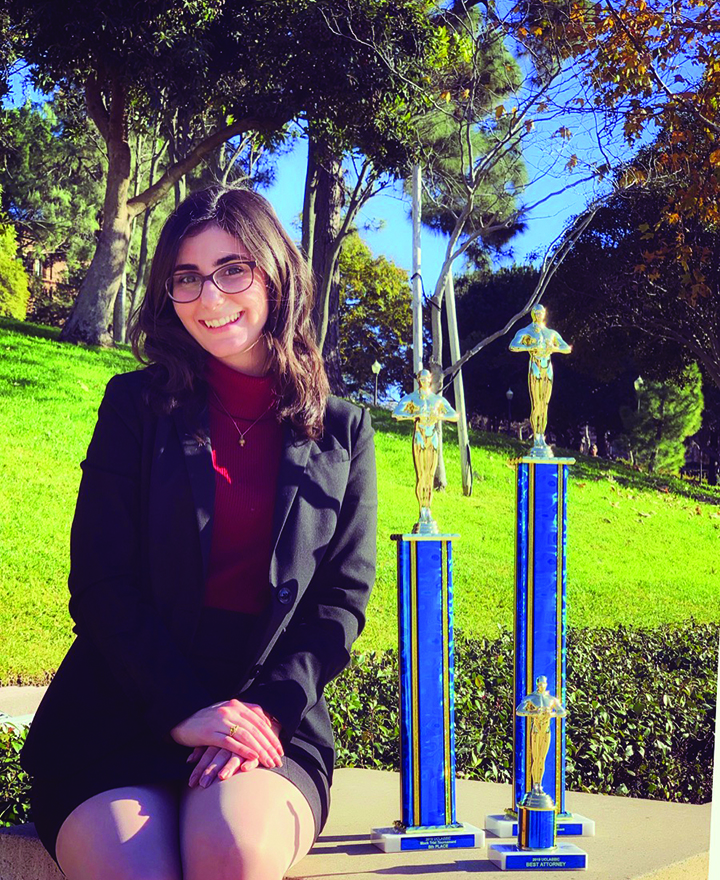 Senior econ major Sharis Manokian admits that after graduation this June, she will be going through withdrawal. At that time, she’ll have to step down as UC Irvine’s Mock Trial president and say goodbye to her team. If you add the years she participated in high school, to the years she participated at UCI, Manokian will have been competing in Mock Trial for the past eight years. When you’re 21, it’s hard to imagine many activities you’ve being doing consistently since you were 13.

“Once I started, I never wanted to quit,” says Manokian, who plans on attending law school. “I’ve always wanted a career where I had a positive impact on the world. For me, Mock Trial is the closest thing I’ve found to experiencing this. Even though the trial isn’t real, there are moments when you can’t help but think ahead to when you’re a real attorney and how what you say could have a tremendous impact on people’s lives.”

It’s easy to see why Manokian is so attached to her team. They’ve had quite the storied past couple of years. “Last year, we won two bids to the national tournament in Minneapolis. It was amazing. All the top teams were there - Yale, Harvard, and a bunch of the other Ivies. We went not expecting much and just thought it would be a good experience. But we ended up placing third in the nation and only missed advancing to the final round by one point after going through three tiebreakers,” says Manokian.

At UCI, there are four Mock Trial teams composed of six to ten students at any given time. At the beginning of the year, teams across the country are given the same fictional case by the American Mock Trial Association. Teams perform both the prosecution and defense portions of the trial during each competition, after which a panel of judges scores the teams to determine the winner.

The fact that UCI sent two teams to nationals last year when there are only 48 spots nationwide is extremely impressive. This year, UCI placed first at almost all of its tournaments, but didn’t manage to secure a bid to the final round.  “Not advancing to nationals was a good reminder that we’re doing this because it’s fun,” says Manokian. “We’re not going to remember the wins and losses, but each other.” (Although she sounds optimistic, Manokian jokes it’s only easier to talk about the team’s loss now that a few weeks have passed.)

Manokian’s talk about friendship is genuine. Most of the friendships she’s formed at UCI were established through Mock Trial.

And for all of the simulated drama, there’s not a lot of drama outside of the courtroom.

When pressed if there are any rivalries between other universities, say like UCLA, Manokian says, if there are, they’re unspoken. “I mean, we’re all friends,” she says.

Mock Trial coach and psychological science doctoral student Emily Shaw is most proud of how the culture of the team has developed. “They are all so happy to be together and doing Mock Trial. They’re genuinely friends with each other and talk about each other like family,” Shaw says. She’s has been coaching the UCI team for four years and is now seeing students she first met as freshmen graduate.

“The most fulfilling aspect of being part of Mock Trial is watching how much the students grow. Their confidence grows, their writing and speaking abilities grow, and they come into their own in so many ways. It’s amazing what this activity brings to our students,” she says.

Manokian has learned a lot during her years on Mock Trial. In particular, her public speaking and leadership skills have flourished.

“Mock Trial taught me how to speak so that people listen. It’s taught me how not to be shy and to just talk to people. When I first became president, I was too concerned with everyone liking me. I learned that what really inspires people is someone who isn’t afraid to make decisions and is realistic about what needs to happen. This has been an invaluable experience that I don’t know how I would have gotten otherwise,” she says.

“Sharis stands out in so many ways,” says Shaw. “She’s the epitome of responsibility and reliability. She operates independently and is able to predict what the team might need. She picks up the slack whenever it’s needed and makes sure the whole operation is running smoothly. She’s also excellent at Mock Trial. She served as a captain on our A-Team and was so strong we had her as both a defense and a prosecution attorney.”

And while it may seem that Manokian eats, sleeps, and breathes Mock Trial, she’s also been a calculus tutor for UCI’s Learning and Academic Resource Center (LARC) for the past three years. In addition, she’s an active leader in the local chapter of Homenetmen Scouts, an Armenian-American scouting organization back in her hometown of LA.

Manokian plans on taking the LSAT this summer and applying to law school in the fall. And in case she’s still having withdrawals a year from now, there are Mock Trial teams in law school. She’s already looked.