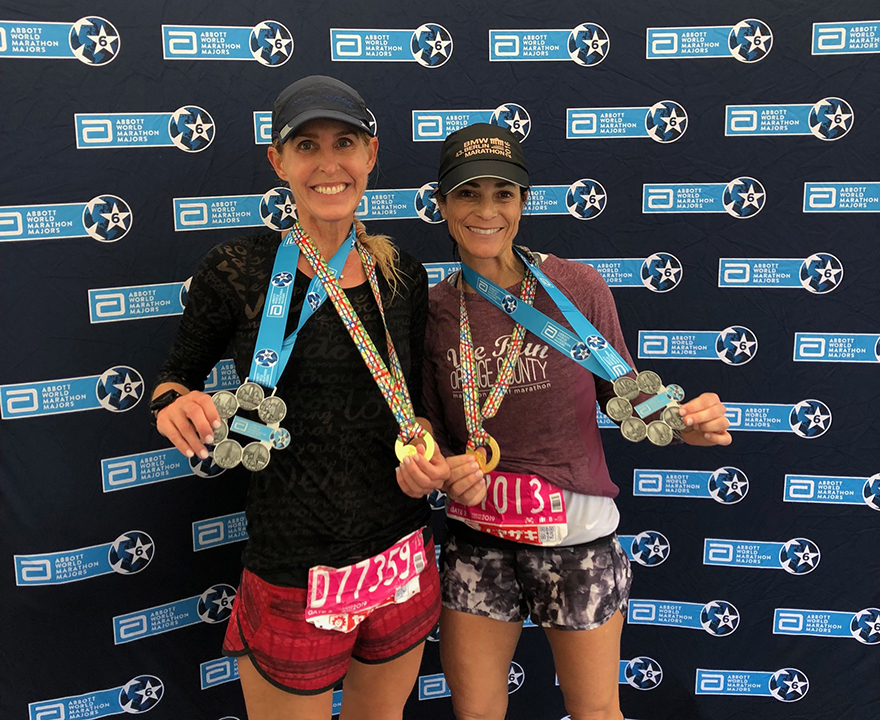 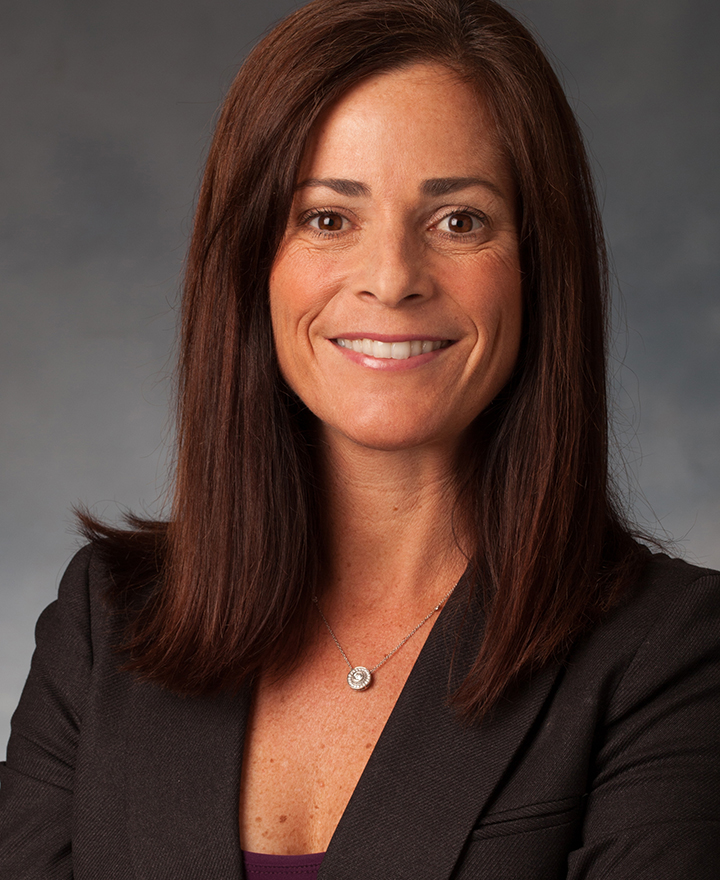 Shannon Eusey doesn't do anything halfway. Unless you count half marathons, in which case yes, she’s done a few. But that was before she decided to move on to the full 26.2, of which she’s now completed eight, (six being world marathon majors). And she’s just getting started.

It’s that kind of determination that has led to the success stories in her life, of which there are many. These successes include her family, her academic career, and most notably, her booming investment firm Beacon Pointe, which she co-founded with her father Garth.

Not surprising, therefore, that Eusey ‘92 is one of 22 Anteaters being honored at this year’s Lauds & Laurels awards ceremony, where she will receive the Outstanding Alumni Athlete award which recognizes Anteaters who excelled not only as student athletes, but also their pursuit of excellence in their communities and respective fields.

For Eusey, who played volleyball at UCI from 1988-92, receiving this award is a tremendous honor: “I am grateful and humbled to be honored with this award and to join others who are being awarded. I have a deep connection to UC Irvine and am thrilled to be in the company of incredible people being recognized this year.”

Volleyball brought Eusey to UC Irvine. Recruited out of club ball by coach Mike Puritz, Eusey joined the team in 1988, where she excelled as a defensive specialist. At only 5 feet 5 inches, she didn’t have the benefit of height in a game where every inch is a distinct advantage. Eusey says that what she lacked in stature, she made up for in tenacity and grit: “I had to outplay my size.”

Puritz, who coached volleyball at UCI for 16 years, fondly recalls Eusey (then Flint) as a “fiery, fierce competitor” who had the determination to prove her worth on the court day after day.

“It’s definitely no surprise to me that she’s successful,” he says. “She had that competitiveness, she had that grit - that fighting spirit when she was an 18-year-old.”

Being a student athlete at UCI shaped not only her collegiate experience, but “one hundred percent” helped her create valuable habits that have benefited her to this day. Needing to balance the demands of schoolwork along with athletics, she learned the value of focus, prioritization and discipline. It was these qualities, reinforced and honed during her time at UCI, that laid the foundation for Eusey’s future successes.

She has shared her love of athletics and team sports with her own four children, all of whose soccer teams she has coached at one point or another, despite her packed work schedule.

Being an athlete has also helped her find talent for her firm: many of her employees at Beacon Pointe were D-1 athletes in college. When asked why she’s drawn to hiring athletes, she says commitment and determination are common character traits, and “they know how to play nice on a team.”

Eusey majored in social sciences at UC Irvine. Though her primary interest was in business, she feels that the enterprising, evolving nature of the social sciences program helped shape her overall outlook on business and gave her a broader perspective. She credits UCI with being “more entrepreneurial in their thinking” when it came to course offerings and syllabi.

This “out of the box” thinking helped her identify a different path in a traditional industry - financial services. Eusey notes that much of her business is based on human behavior, and that having a broader understanding of social sciences in the business world has helped shape the mission for her company. She’s incredibly grateful for her time at UCI, which was “a really great starting point for both academics and athletics…. the experience was incredible.”

Passion and determination have driven much of Eusey’s life, and it’s something that she learned around the dinner table growing up. Listening to her dad, Garth Flint, describe his dedication to helping people meet their investment goals, Shannon, as well as three of her siblings, were inspired to follow in his footsteps in the financial services industry.

In 2002, she and her dad joined forces and went into business together with the founding of Beacon Pointe Advisors, which now has over 140 employees in 12 states, and $9.6 billion in assets under their advisement. Dad, Shannon, and siblings Mollie and Mark all now work there together.

Of his daughter's many successes, Flint is not the least bit surprised.

“Shannon has always been very focused and driven to succeed which was certainly the case when she played volleyball at UCI. She brought these attributes to Beacon Pointe Advisors.”

The firm’s focus on the total picture, along with a passion for personal finance, is what drives her company to this day. With a desire to look at investment management from a 360° perspective, addressing motivators, fears and personal goals for all clients, the business has thrived, even during the financial downturn of 2008. Evaluating each client’s total financial picture and personal goals is critical, says Eusey.

“Understanding every piece of the puzzle helps frame and answer the question of how to invest their wealth and how to make strategic decisions in their portfolio,” she says.

Having built a successful enterprise, Eusey was eager to challenge herself once again. When she was in her mid-forties, Eusey decided to give running “a try.” Though at first she struggled to run even a mile, Eusey trained with the same dedication she had shown in her volleyball and business pursuits.

When she ran her first marathon in 2016, her time qualified her for the famed Boston Marathon. Not satisfied with stopping there, Eusey has now completed the Abbott World Marathon Majors, a prestigious series of six marathons held around the world. She did this alongside four female friends, who inspired each other and kept each other going. They now have a goal to run one-to- two marathons a year together.

Running provides “peace and calmness... and strategic thinking,” and gives her a different perspective on a situation, whether it be business, family or otherwise. She does some of her best thinking while running, and often sends herself texts and notes to follow up on later.

In addition to all of the above, Eusey sees it as her responsibility to pass financial knowledge onto future generations. She lectures on wealth management at UCI at the Center for Investment and Wealth Management in The Paul Merage School of Business.

Additionally, Eusey co-authored the book Your Dollars, Our Sense: A Fun & Simple Guide To Money Matters, which is based on blog posts from The Sense, which offers clear, easy-to-understand financial management tips from women, to women.

Whether she’s running a marathon or her company, Eusey is all in. With the focus, determination and undeniable ambition she exhibits, one can’t help but wonder what might be next on her goals list. Regardless, it’s clear that Eusey personifies the qualities that are recognized by the esteemed Lauds & Laurels Outstanding Alumni Athlete award.