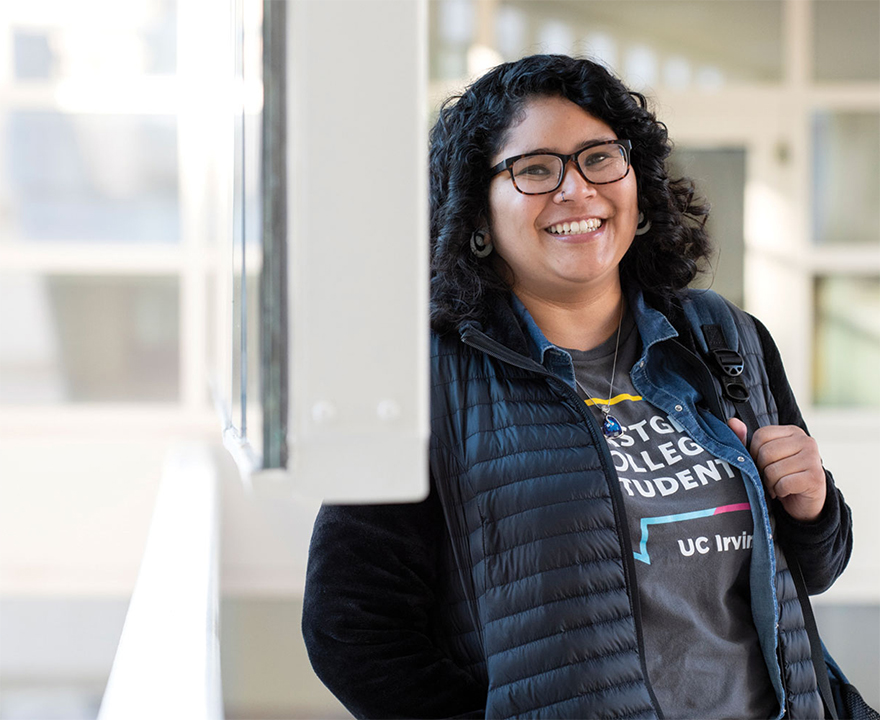 
In honor of Women’s History Month, UCI is profiling some of the Anteaters who embody what it means to be “fierce.” Each of the women showcased has overcome a variety of obstacles to pursue her dream, empower others and enrich our campus community. They’re just a few of UCI’s fiercest female students, faculty and staff worth saluting this March and all year. For information about resources for women on campus, click here. To read up on all of #UCIFierceFemales featured, click here.

From the School of Social Sciences:

“I like helping people. I may not have been in the same situation, but I understand it."

Kimberly Quiros-Elias is busy. A business economics student at UCI planning to double major in Earth system science and minor in statistics, the junior is currently taking five classes and working two jobs.

She’s a peer mentor for the Foster Youth Resilience in Education Scholars Program and an intern at The Paul Merage School of Business’ Center for Investment & Wealth Management. In addition, Quiros-Elias is treasurer for Foster Student Ambassadors, a club she co-founded last year to help foster youth at UCI and in high school.

Her drive to succeed was born of necessity. When she was 14 and living in L.A.’s Koreatown, her mother died suddenly, leaving five children in the care of their father, who abandoned them a year later. After a brief stay with an abusive relative, Quiros-Elias actively sought out resources to improve her circumstances.

She got into transitional housing and began living independently at the age of 16. Intent on going to college, Quiros-Elias boarded a bus at 5:30 every morning to attend a math and science magnet high school in an adjacent county – where she launched a club for other foster youth with university aspirations.

Even during her own hardships, Quiros-Elias has been focused on assisting others in similar positions.

She herself hasn’t quite decided on a career path. She likes managing money and wants to get into investing but is also considering applying her growing economic acumen to sustainability efforts.

In her (rare) spare time, Quiros-Elias enjoys concerts and Salvadoran cuisine. Her parents were both born in El Salvador, and her boyfriend – also a UCI undergrad – is half Salvadoran.