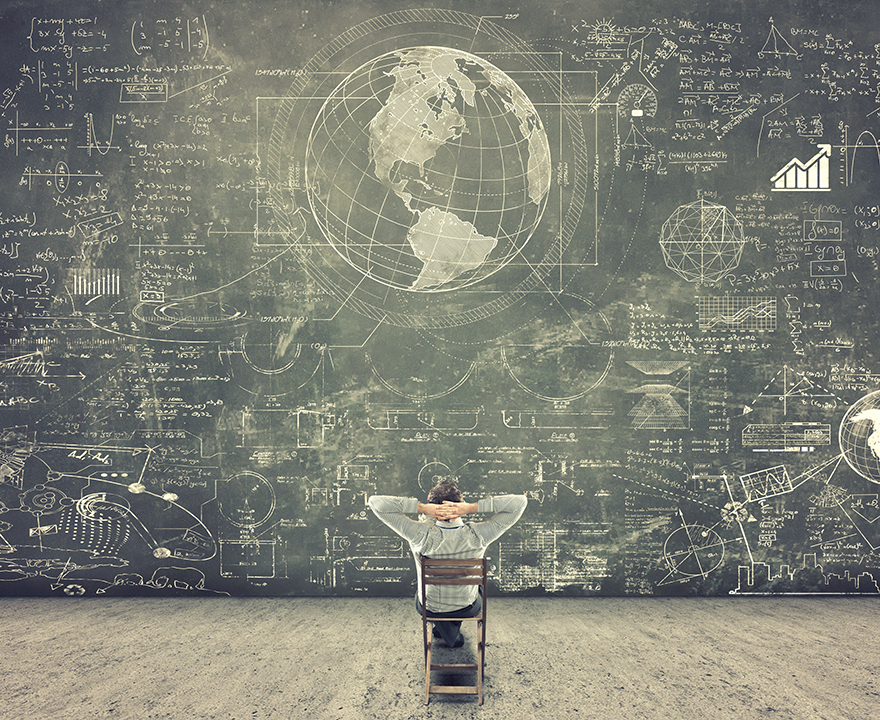 
Imagine you’re going out for lunch with a new co-worker. How do you decide where to eat? You each have your own opinions about restaurants and dining preferences. Any economics student will tell you that utility is how much a person likes something. In this example, let’s say you place a high utility on pizza from a local restaurant, while the other person doesn’t care much for pizza. Where do you go from here?

Lucila Arroyo and Kirbi Joe, both doctoral students at UCI’s Institute for Mathematical Behavioral Science, believe they can prove mathematically that individuals can learn over time how another’s utility compares to their own. With the lunch date example, once you learn that the other person doesn’t enjoy pizza, you use that information to alter your estimate of their utility. Now knowing they have a low utility for pizza, you suggest other menu items in an effort to still visit your favorite lunch spot. Now it’s their turn to gauge your utility, and they see you’ve made several attempts to dine at a particular restaurant. They estimate correctly that your utility for the place is very high and accept your suggestion.

Interpersonal utility comparisons, such as this, happen naturally all the time between friends, families, and even strangers. In 2017, Louis Narens, UCI professor of cognitive sciences, along with Brian Skyrms, UCI Distinguished Professor of logic and philosophy of science & economics, published articles that mathematically model how cooperative utility behavior evolves as participants learn from the other participants’ behavior.

PUT IT TO THE TEST

Arroyo and Joe recently received a grant from the International Foundation for Research in Experimental Economics (IFREE) to create an empirical study of Narens and Skyrms’ theory. The goal is to see if the mathematical model for accommodation dynamics holds true when applied to real people.

During the experiment, participants will answer questions on a computer to establish their utility on topics such as food or movie preferences. Then they’ll be given information about another participant and estimate that person’s utility. The two participants will work toward figuring out one another’s utility until they get it right or time runs out.

The first phase of the experiment will take place this spring in UC Irvine’s Experimental Social Science Lab. Once the data is analyzed from the first round, the team plans to create an online forum that they will roll out this summer so they can conduct the experiment on a wider base with a more diverse group of subjects.

Arroyo, who received her bachelor’s degree in economics from the University of CEMA in Buenos Aires, Argentina, has a passion for modeling human behavior and studying behavioral and experimental economics. She was drawn to UCI’s mathematical behavioral science program because it has an interdisciplinary focus.

“Here, I have the opportunity to combine psychology, economics, and even chemistry into my work. It’s a unique program that allows you to bring different schools of thought into your research,” Arroyo says. “I love cognitive sciences, and this experiment piqued my interest as it relates to experimental economics.”

Her research partner on this project, Joe, is a long-time Anteater who has attended the university for both her undergraduate and graduate degrees.

“As an undergraduate, UC Irvine was a good fit for me. I built a community here, but even though I’d been here for years, I didn’t know about the mathematical behavioral science program until I worked for the college as a research assistant.”

Joe comes to the project with a more technical background. She received her bachelor’s degree in mathematics, with a minor in economics and computer science.

“Being able to combine this interpersonal utility study with technology is exciting,” Joe says. “We’re not only testing how the subjects relate to one another, but we’re customizing software to perform the tests in the lab as well as online.”

Although they’ve partnered for this project, both students have their own distinct areas of interest. Arroyo focuses much of her research on altruism and guilt while Joe has been captivated by research in color perception.

Arroyo and Joe point out that there are so many unknown factors when studying human behavior that it’s often hard to find a fixed solution. The team hopes that this research will show a correlation between the math model and the observed human behaviors.

“If we can apply mathematic formulas to model human behavior, we may be able to build this research into a series of studies that looks at everything from personalities to decision making,” Joe says.