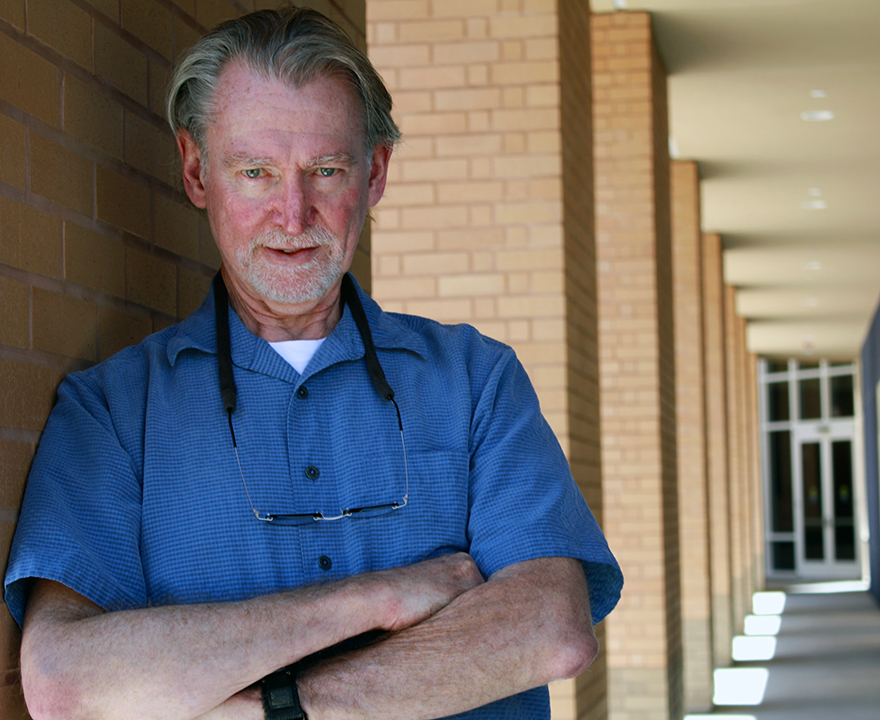 Batchelder came to UCI in 1970 and was instrumental in the development and creation of the Department of Cognitive Sciences. He later contributed significantly in establishing the Institute for Mathematical Behavioral Sciences in 1989. He served as director from 1999-2003. He received the Lauds and Laurels Award for Distinguished Research in 1994 and in 1997 was elected to the Society of Experimental Psychologists.

Batchelder was a member of the founding generation of mathematical psychology and one of the world's most creative social scientists. Each year, in his course on human problem solving at the UCI, Batchelder played chess against his students. He was blindfolded and unable to see board or pieces, but, naturally, he always won. In fact, he was a Senior Master in the United States Chess Federation who participated in international tournaments until his academic career took precedence. In his prime, Batchelder was a dangerous opponent even for grandmasters. He was a student of endgames, regarded as a puzzle within a puzzle in the chess world. His gift from colleagues at a conference celebrating his 75th birthday was an endgame study specially commissioned for the occasion.

Born in Mississippi and raised in Indiana, Batchelder was one of a generation of 1960s Stanford graduate students who laid the foundations for the field of mathematical psychology. After early stints at the University of Illinois Urbana-Champaign and University of Wisconsin-Madison, he joined UC Irvine in 1970, as the campus was just starting. There were no departments, just one big school. Batchelder was recruited for his mathematical talents and his ability to interact with academics from other disciplines. By 1975, UCI had grown enough that the School of Social Sciences needed to departmentalize. Batchelder, with a few mathematical and perceptual psychologists, a couple of linguists, and a stray mathematician and computer scientist, established the Department of Cognitive Sciences. He later, along with Duncan Luce, also played a key role in creating the Institute for Mathematical Behavioral Sciences to facilitate interdisciplinary mathematical research. While Batchelder left periodically to take up visiting professor appointments in Groningen, Amsterdam, Santa Fe, and Stanford, he remained at UC Irvine for the rest of his career.

Batchelder made major contributions to mathematical psychology and psychometrics - he was a rare scholar who bridged those two disciplines - as well as social anthropology, sociology, and network theory. His research was characterized by its elegant combination of creativity and rigor, and driven by his natural tendency to become completely absorbed in an intellectual problem. He developed models of group consensus built on the Generalized Condorcet Theorem, with impactful applications to understanding how societies establish norms in the field of cultural anthropology. He developed hidden Markov models of how people learn and recall sequences of words, with applications to the early detection and diagnosis of memory impairment. He was a pioneer in the field of cognitive psychometrics, using cognitive models like multinomial processing trees to measure the psychological properties of people, decomposing their observed performance in simple cognitive elements. At its core, Batchelder’s research addressed both the invariances in human cognition, the regularities that make us the same, and the variability in human cognition, the individual differences that make us interesting.

He helped shape his field, creating new areas of inquiry with his research, and serving in important professional roles. His 1986 paper describing cultural consensus theory in the American Anthropologist, written with Kim Romney and Susan Weller, is among the most cited articles in that flagship journal's long history. He was the editor of the Journal of Mathematical Psychology 1975-79, a past president of the Society for Mathematical Psychology, a recipient of UCI's Lauds and Laurels award for distinguished research, and was elected to the Society of Experimental Psychologists in 1997. Most recently, together with Hans Colonius, Ehtibar Dzhafarov, and Jay Myung, he edited the New Handbook of Mathematical Psychology. At Irvine, Batchelder was a committed mentor to a continuous stream of graduate students, and a reliable, supportive, and valued colleague.

He was, above all, wonderful company, with a keen sense of humor and an ability to tell stories. He enjoyed good music, good books, and good food. His opinion of people was never superficial: he cared about people's arguments and ideas, regardless of who they were. As befits a student of chess endgames, Batchelder played his perfectly. He remained active and relevant in his research. He remained youthful as he aged, with a joyous spirit and a good soul. With his passing, we have lost an influential and creative scholar, a valued colleague and mentor, and a wonderfully kind and interesting human being.