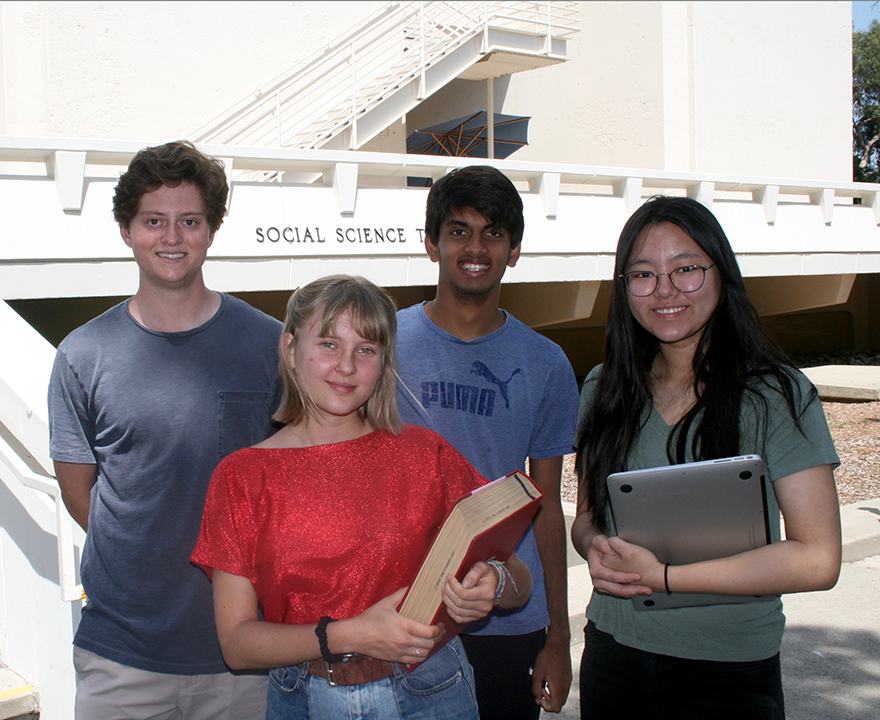 
This summer, students from Los Angeles and Orange counties are trying to get inside the heads of Amazon executives based 1,100 miles north in Seattle, who are currently selecting the location of Amazon’s second headquarters. The online retail behemoth claims it will invest $5 billion in its new headquarters, sparking frenzied competition among interested cities.

The team of high school and college student researchers—who are summer interns in the Program in Corporate Welfare at the UCI School of Social Sciences—relied on Amazon’s public statements about the characteristics it desires in its second home, and analyzed which factors appeared to carry the most weight when Amazon cut the list from 238 cities to 20 finalists.

After searching public records, inputting seemingly endless amounts of data into spreadsheets, and using machine learning, the researchers think they can predict which city Amazon will select to host HQ2: Boston is the most likely choice, with Toronto a close runner up.

Good public transit and a large population seem to be the leading influencers, according to the team’s research. Other considerations included educational attainment of residents and the state’s friendliness toward business. The team also looked at political party of the city’s mayor and state’s governor, but found that it had no apparent bearing on the first round of cuts.  They did not evaluate the influence of the incentives cities offered to Amazon because many were not publicly disclosed.

“Boston, with it's innovative, talented and educated workforce, seems to be a reasonable prediction for Amazon's second headquarters,” said researcher Nicholas Kumamoto, a junior from Irvine who is studying economics at Amherst College in Massachusetts.

The students said they feel good about the reliability of their data-driven prediction—and it doesn’t hurt that several prominent observers have already cast their bets with Boston.

“Our prediction came from reasonable factors and regression analysis, so I am pretty confident in it,” said researcher Sarah Kim, who is a student at Sage Hill High School in Newport Beach.

Dallas and Northern Virginia tied for third place in their probability of winning the headquarters, with Montgomery County, Maryland in 5th place.

Avinash Nayak, a student at Diamond Bar High School, commutes an hour each way to UCI to participate in the program. He says the experience is worth the travel time, not only because he gets to work on a research on Amazon project that’s socially relevant, but because he’s learned a lot about economics from the college students in the program.

Although Nayak calls the Southern California traffic “brutal,” he was still surprised at how significantly a city’s public transit score impacted its chances of being selected, based on their model. This factor particularly hurt Los Angeles, which was not ranked highly by AllTransit Performance Score, the source the team used.

“Transit score represented a city’s connectivity, access to jobs, and frequency of service,” explained Kumamoto, who graduated from Woodbridge High School. “Although it may be a function of the population, it may also take into account a city’s creativity and innovation.”

The students on the Amazon HQ2 research team are among 19 high school and college students who were selected for this second annual summer research program offered through the Program in Corporate Welfare in the School of Social Sciences. In addition to conducting research with an advisor, they take a weekly course on economics software Stata, and receive visits from guest speakers including professors, admissions officers, and business executives.

The students are working in small groups on separate research projects with different mentors from the School of Social Sciences and the School of Law. One group is researching bank failures during the Great Depression to better understand the recession of 2007; another is using big data and machine learning to see how complicated sales-tax structures impact the price of goods. Another is examining the corporate governance structure of companies like Facebook.

The students in the Amazon HQ2 research group are advised by economics professor Amihai Glazer, who directs the Program in Corporate Welfare and haswritten about the competition to attract the new headquarters.

“This was a good summer project for this group of students to work on, given its timeliness and relevance – Amazon has been a major player for their entire lives,” said Glazer. “And I was extremely impressed with their enthusiasm for the research and the critical thinking they brought to it.”

“I was very interested in the Amazon HQ2 project,” said Sonya Kiskachi, a student at the Orange County School of the Arts.  “I find calculating numbers and interpreting data to be a very interesting way of predicting the future through a mathematical lens.”

For Kiskachi and the two other high school students on the team, the project not only exposed them to college-level economics research, but taught them how to find and sift through large quantities of data at the library, grapple with statistics, use economics software, and present their research in both written and oral formats.

College student Kumamoto adds, “Amazon is one of the largest and most controversial companies today. This program provided me the perfect opportunity to apply my interests and knowledge in conducting meaningful and relevant research alongside established economists.”