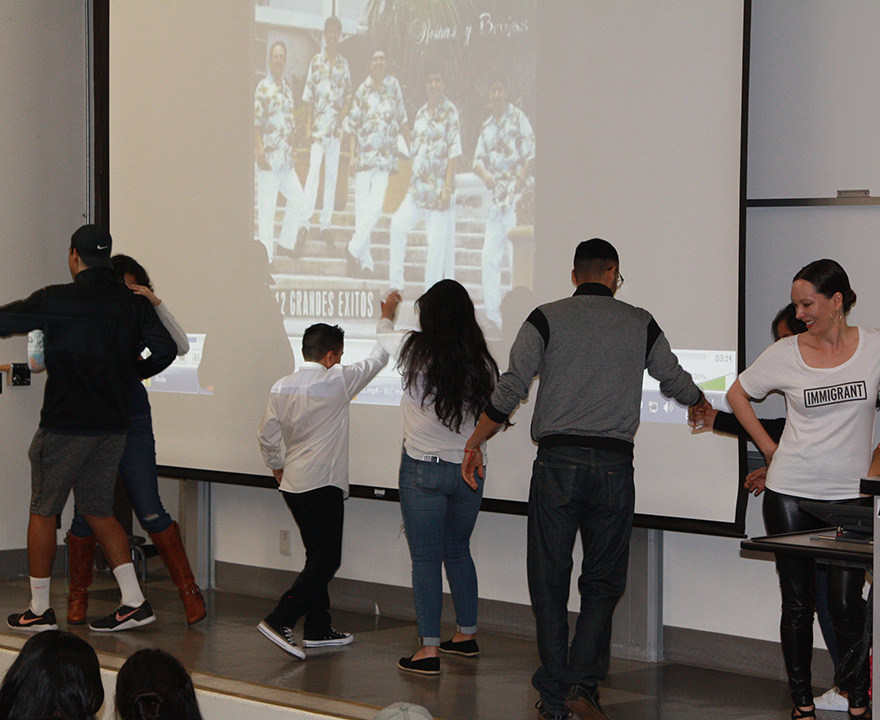 On the heels of the recent announcement from the U.S. Department of Education that UCI is officially a Hispanic-serving institution, social sciences faculty and students are making sure to keep that momentum going.

On June 6, professor Anita Casavantes-Bradford celebrated the families of her students – many of them Latino and/or first-generation college students – by extending an invite to attend the final lecture of her introductory CLS 61 course. This “Dia de la Familia” – which is in its third year ­– allowed students to share what they had learned with their parents, grandparents, and younger siblings and give the family members, many of whom had not attended college themselves, a glimpse into life at a university.

The class included a Jeopardy-style game that reviewed what had been covered in class over the course of the spring quarter complete with prizes and, later on, professor Raul Fernandez gave a guest lecture on Latin music. He eventually invited volunteers to join him on stage for a friendly dance competition, and students and parents alike obliged.

According to Casavantes-Bradford, “Dia de la Familia is a fun day to affirm the families of these largely first-gen students, to do early outreach to their siblings, and in these viciously anti-immigrant times, to affirm the importance of family to our diverse Latino students.”