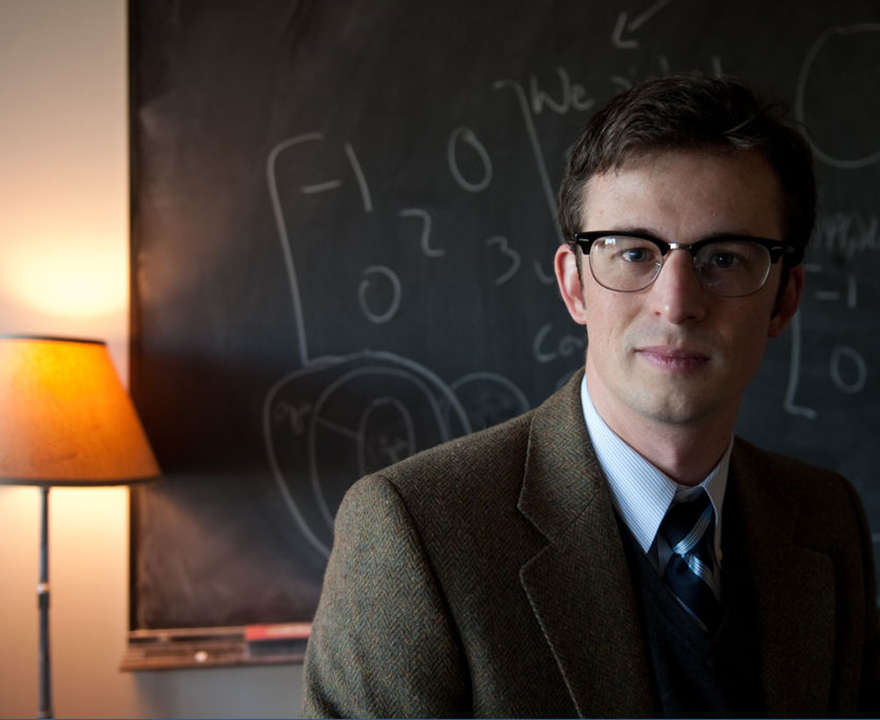 
The ink on James Weatherall’s doctoral diploma was barely dry before he published his first book, The Physics of Wall Street. The tale of how the finance world adopted mathematical modeling techniques developed for physics – and how misunderstanding of these models contributed to the 2007-08 financial crisis – earned the young philosopher/scientist wide acclaim in both academic and popular reading circles.

So when the logic & philosophy of science professor set out to write his second book, he was looking to accomplish the same goal – pen something that spurs interest and understanding in both the research/academic community as well as the general public. He settled on an interesting topic: nothing. His new book VOID: The Strange Physics of Nothing – now available from Yale University Press  – explores the physics of empty space, as understood from the 17th century to today.

It’s a book for people who are not trained as scientists, but who have read popular accounts of physics and want to dive a little bit deeper into the conceptual structure of modern physical theories. It also makes a more general point about the relationship between science and philosophy, Weatherall says.

“Why is there something rather than nothing? This is an old philosophical question, but also a question that we might try to answer by looking to modern physical theories,” he says of the book’s premise.

But the answers we get from physics may not be what we expected.

“Science changes how we understand the world. Not only does it give us answers to questions, it also leads us to revise what we mean by the questions in the first place.  In other words, when we bring physics to bear on philosophical questions, often what we learn is that we weren’t asking the right question to begin with.”

For instance, what we mean by empty space turns out to depend on what physical theory you use.

“How we represent empty space in classical, Newtonian physics is very different from how we represent it in 20th century theories, such as Einstein’s theory of relativity and quantum theory,” he explains. “What physicists mean by ‘nothing’ has changed dramatically in the last 350 years.”

In Newtonian physics, space is kind of like a big container. It consists of all the possible places stuff could be located.  Empty space, then, is just the collection of possible locations where things could have been, had there been any things, he says.

“But Newton realized that empty space must be more than just these locations. Empty space must have some structure for the laws of motion to even make sense,” he says.

For instance, Newton’s law of universal gravitation says that the gravitational force the sun exerts on the earth depends on the distance between them.

“This means that there must be enough structure to empty space to say how far apart two locations are.”

In 20th century physics, empty space must have structure of this sort as well. But the situation is importantly different from Newtonian physics. For Newton, says Weatherall, the structure of space was fixed once and for all. It wouldn’t change if there were stuff present.

“But we now know that’s just not true. In general relativity, the structure of space and time gets transformed by the presence of stuff,” he says. “In fact, space and time can get deformed even in the absence of stuff. Empty space is dynamical and changing.”

Take, for example, a gravitational wave. When two black holes collide, they can produce ripples in space and time that propagate outward like waves in water after a pebble is dropped in. These waves move through empty space in general relativity – even though there isn’t any stuff there.

“Empty space can oscillate, even without any matter present. This means that the picture of nothing we get in general relativity is much richer than in Newtonian physics. Nothing can include stuff like gravitational waves or black holes,” he says.

Einstein first predicted gravitational waves a century ago, but they were only observed about a year ago. So it’s a long-standing prediction that was vindicated, says Weatherall.

“The fact that empty space can go from fixed to something that can change or be deformed or can interact with matter – that’s a big change,” he says. “It shows how the very concept of nothingness can evolve as we learn more about the physical world.”

The idea that our very ideas of nothingness can evolve may give way to new theories in physics, and that’s something both academic and popular science readers can get excited about.