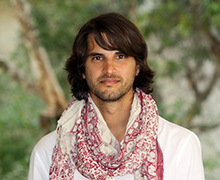 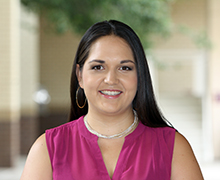 Two cognitive scientists and a sociologist specializing in immigration research have been named 2016 recipients of research awards from the School of Social Sciences. Each honor carries a $5,000 prize.

Laura Enriquez, Chicano/Latino studies, and Emre Neftci, cognitive sciences, are this year’s recipients of the Social Sciences Assistant Professor Research Award. Established in 2005, the honor recognizes research excellence accompanied by a strong project proposal from a junior faculty member in social sciences.  Both Enriquez and Neftci joined the UCI faculty in 2015.

Enriquez’s research interests include undocumented 1.5 generation young adults, immigration, citizenship, and Latino families. She received her Ph.D. in sociology from UCLA and her undergraduate degrees in sociology and history from Pomona College. During her time there, she began working closely with undocumented immigrant students. Her funded work will focus on how undocumented status and resource use impacts student achievement. She’ll be specifically looking at undocumented student experiences at UC and CSU campuses.

Neftci, a computational neuroscientist, combines cognitive science with engineering and machine learning to build brain-like devices with genuine artificial intelligence. He received his degree in physics at EPF Lausanne and his Ph.D. in neuroinformatics at the Institute of Neuroinformatics, ETH Zurich. Prior to joining the UCI faculty, he was a postdoctoral fellow at the Institute of Neural Computation at UC San Diego. His funded research project will focus on development of a model of how brains acquire pattern recognition and discrimination.

Joachim Vandekerckhove, cognitive sciences, is the recipient of this year’s Social Sciences Associate Professor Research Award.  The award was established in 2011-12 to recognize research excellence and project proposals by newly tenured faculty in social sciences. 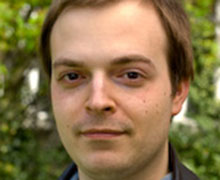 A mathematical psychologist who specializes in Bayesian statistics, Vandekerckhove will be focusing on development of a new method for meta-analysis that will be an important advancement in scientists’ ability to evaluate reproducibility of research. He received his bachelor’s, master’s and doctorate from the University of Leuven, Begium, and he was a postdoctoral fellow at the Flanders Research Foundation prior to joining the UCI faculty in 2011.