From DREAM to reality 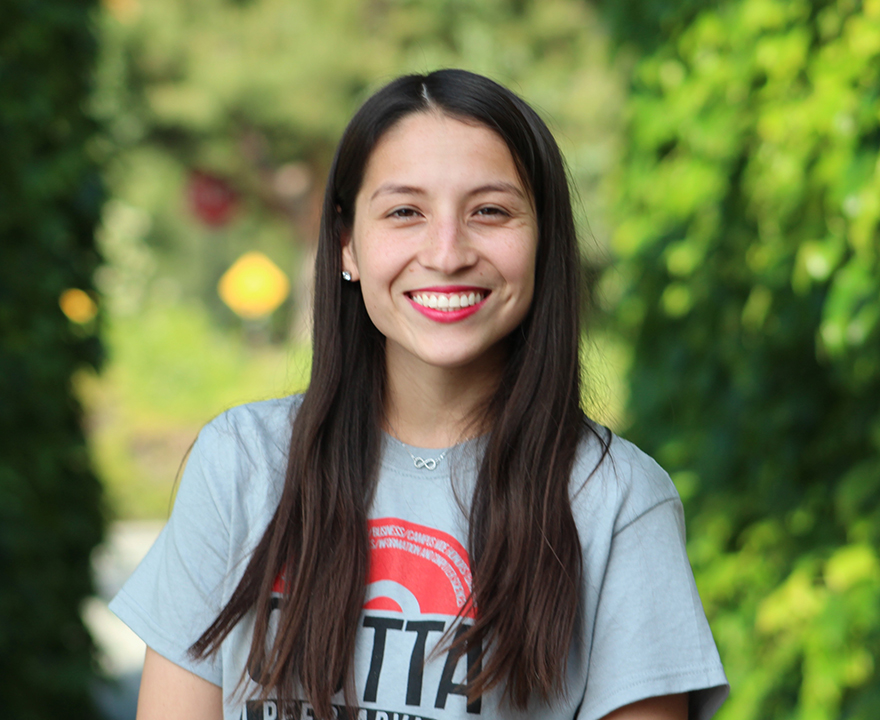 From DREAM to reality


For more than a decade, the Elena B. and William R. Schonfeld Scholarship has been awarded to the social sciences undergraduate in the next to graduating class who goes above and beyond requirements, demonstrating a strong dedication to the university community while achieving excellence in academics and extracurriculars. This year, political science and history major Yareli Castro Sevilla has received this distinction.

Castro Sevilla is a fierce advocate for undocumented student rights on campus, and has found her voice rallying for such rights and additional resources from the university. She’s participated in a plethora of on-campus organizations, including DREAMs (Development, Relief, and Education of Alien Minors) at UCI, Anteater Ambassadors Network, and ASUCI; has been on the dean’s list for eight consecutive quarters; and has a 3.89 cumulative GPA. But not all her successes came easily. As a DREAMer herself (an undocumented student pursuing higher education—many of whom were small children when brought to the U.S.), she recalls being very lost when she first arrived on campus.

As a first generation college student, navigating the ins and outs of campus life was especially complex. But it was a feeling Castro Sevilla was familiar with. After moving from Sinaloa, Mexico to Pomona, California with her mother and sister in 2005, making the adjustment to life in a new country was challenging.

Her quick learning and strong math skills eventually caught the attention of her teachers, and Castro Sevilla was completing advanced courses within a couple of years. She didn’t give much thought to her undocumented status again until high school, when a class project allowed her to research and discuss how to help undocumented individuals gain access to higher education.

“I ended up turning that into my senior paper, and it was around this time that I started getting really involved in immigrant rights associations in the inland empire,” she says. “That’s when I became a little more attuned with my undocumented status and what it means, so going into college I was a lot more informed and I was a lot more open about my status.”

Unfortunately she still encountered some roadblocks. When she arrived at UCI, she found that there were few resources on campus for students like her, and that many offices were unsure how to handle her situation. Frustrated with having to go from department to department searching for someone who would know how to help her, Castro Sevilla decided to take matters into her own hands.

Her first request was for the university to hire a point person that could be the main contact and expert resource for undocumented students on campus. By the end of her freshman year, they had made that request a reality with the hiring of the first UCI Dreamers coordinator, Ana Miriam Barragan.

“She’s honestly such a big resource,” Castro Sevilla says of Barragan. “She’s so sympathetic to our issues, and she has made many connections here on campus that allow her to guide us to so many things that we need.”

According to Castro Sevilla, Barragan has helped her achieve work-study status, helps get students access to study abroad programs, assists with financial aid, and gives presentations both on- and off-campus to educate others on the needs of undocumented students. She has also been a resource to Castro Sevilla with her thesis for the political science honors program, which assesses the campus climate for undocumented students at UCI by looking at it through four different lenses; deferred action for childhood arrivals, finances, social and emotional factors, and civic and community engagement.

Her research—which she is completing under the advisement of political science and Chicano/Latino studies professor Louis DeSipio—involves interviewing fellow undocumented students about their experiences on campus, a task that can be difficult given the sensitive topic. But Castro Sevilla has made it work by being vulnerable herself and sharing her own story before questioning her interviewees. She’s noticed that when these students do open up, it often seems like the first time that they have ever felt comfortable talking to someone else about their status.

“Undocumented students have to be very careful about who they disclose their status to, which can definitely take a toll on their mental health,” she says. “For a lot of them, you can tell that it’s the first time they’ve talked about their status in an open way. You can see this weight lifting off them.”

UCI faculty members have also been instrumental in mentoring Castro Sevilla and students like her along the way. “I have really amazing mentors,” she says, noting Vicki Ruiz, Distinguished Professor of history and Chicano/Latino studies, who has offered valuable guidance in regards to graduate school and a listening ear whenever Castro Sevilla needed one.

Anita Casavantes Bradford, associate professor of history and Chicano/Latino studies, has also shown tremendous support, and Castro Sevilla will even be working with her on the School of Social Science’s First Generation First Quarter Challenge next fall.

“I’m really looking forward to helping first generation college students,” she says of the program, which will pair incoming first gen students with third and fourth year student mentors from similar backgrounds. “Dr. Casavantes Bradford is really paving the way for students like me.”

Castro Sevilla eventually plans to take her passion for immigrant rights all the way to court as an immigration lawyer. She is currently a peer academic advisor in the School of Social Sciences, and the feeling of helping other students, especially those from backgrounds like hers, has fed her desire to help others in tangible ways. In addition, she wants to utilize her education by becoming a teacher, preferably at the community college level.

“For a lot of undocumented students, that’s their first step if they can’t afford a Cal State or UC,” she says. “I feel like community college students don’t always get the best education so I think I could help.”

It’s obvious to her peers and faculty that Castro Sevilla is doing much more than just “helping” already. She is enacting real change in the way the university approaches undocumented students.

“I am doing really well academically and professionally, but a lot of undocumented students don’t have the chance to do that because they have to worry about a lot of external and internal factors,” she says. “I’ve been able to be successful in part because of the support system and incredible mentors I gained while at UC Irvine, but I want to bring to light the students who don’t have that privilege and are not given those opportunities.”