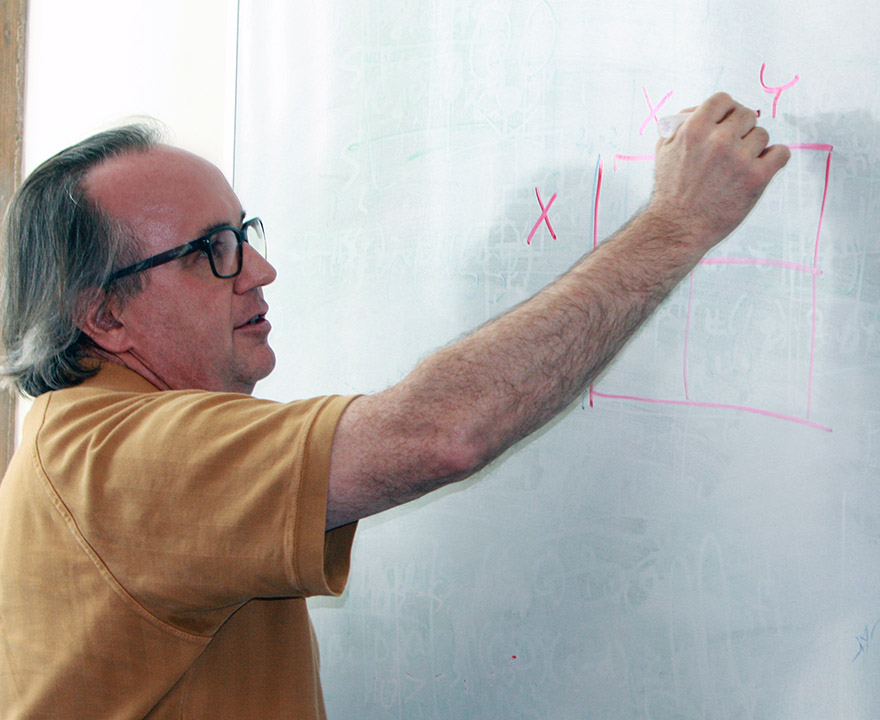 
John Duffy, economics professor and co-director of the Experimental Social Sciences Laboratory, has received a $79,000 grant from the National Science Foundation to study the impact of different monetary policies on economic activity and inflation.

The study relies on a model of economic interactions that he’ll run over the computer network in ESSL, using UCI undergraduate students as subjects. In this environment, students will randomly alternate between being producers or consumers. The consumers must have money to buy goods and services from the producers and the producers accept money for the goods they sell because they could become a consumer in the next round and need money to buy things themselves.

It’s a model of decentralized monetary exchange, Duffy explains, and in the background, he’s manipulating the growth rate of the money supply to understand the impact of such changes on the volume of economic exchange and prices.

“We know that an increase in inflation can have a destabilizing effect on the economy, but if prices go down too much, that’s also not stable - think housing: people wait to buy in a down market because they think prices will continue going down,” he says. “Monetary policy is an art and a science – you have to use both hard and soft data to find the right mix that keeps the economy humming along. I’m really interested in narrowing down this mix.”

Work on this study began in August and will run through July 2017.