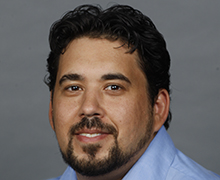 
From The Washington Post:
President Obama made headlines earlier this week when he said the n-word in the aftermath of recent racial violence in Charleston. The president’s premeditated purpose in using the inflammatory slur was to help make the point that there is more to racism than just overt expressions of racial prejudice and discrimination. … Michael Tesler is assistant professor of political science at UC Irvine.