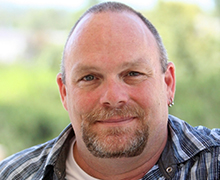 
From 5900 Wilshire:
Jumpstart's site manager at UC Irvine, John W Harmon along with Lucero Vazquez, team leader, talk about the national early education organization that recruits and trains college students and community Corps members to serve preschool children in low-income neighborhoods, setting them on a path to close the achievement gap before it is too late.

For the full interview, visit https://soundcloud.com/5900-wilshire/28-jumpstart-children-first.