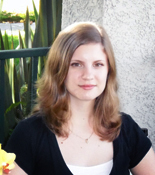 
Hannah Rubin, currently a fourth year graduate student in LPS, recently presented a paper entitled "The Phenotypic Gambit" at the 2014 Biennial Meeting of the Philosophy of Science Association. This prestigious conference is the main meeting of the North American professional society for philosophers of science. Rubin's paper addressed a methodological point in evolutionary modeling, concerning the so-called "phenotypic gambit,” whereby evolutionary theorists focus on an organism's observable traits and ignore the genetic factors underpinning those traits. Rubin showed one way in which including genetic information can substantially change the results of such models, suggesting that the phenotypic gambit may yield unreliable results. The conference was held in Chicago on November 6-9.