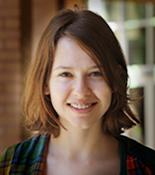 LPS graduate students Sam Fletcher (6th year), Ben Feintzeig (3rd year), and Sarita Rosenstock (2nd year) recently presented papers at the second Irvine-Pittsburgh-Princeton Conference on the Mathematical and Conceptual Foundations of Physics. Fletcher presented work from his dissertation, concerning how to understand "similarity" in the context of complicated physical theories such as general relativity. He has previously argued that the mathematical tools of topology are the most natural way to do this; in this talk, he introduced a new topology with certain attractive formal properties. Feintzeig and Rosenstock both presented papers on the foundations of Yang-Mills theory, the theory that forms the basis for most of modern particle physics. Feintzeig offered a new geometrical understanding of the "gauge argument", which is supposed to show that certain physical theories can be derived from very weak principles, and which has been widely criticized by philosophers of physics. Rosenstock, meanwhile, showed that there is a certain sense in which two widely discussed "interpretations" of Yang-Mills theory are equivalent. The conference was held at UC Irvine on March 20th and 21st.