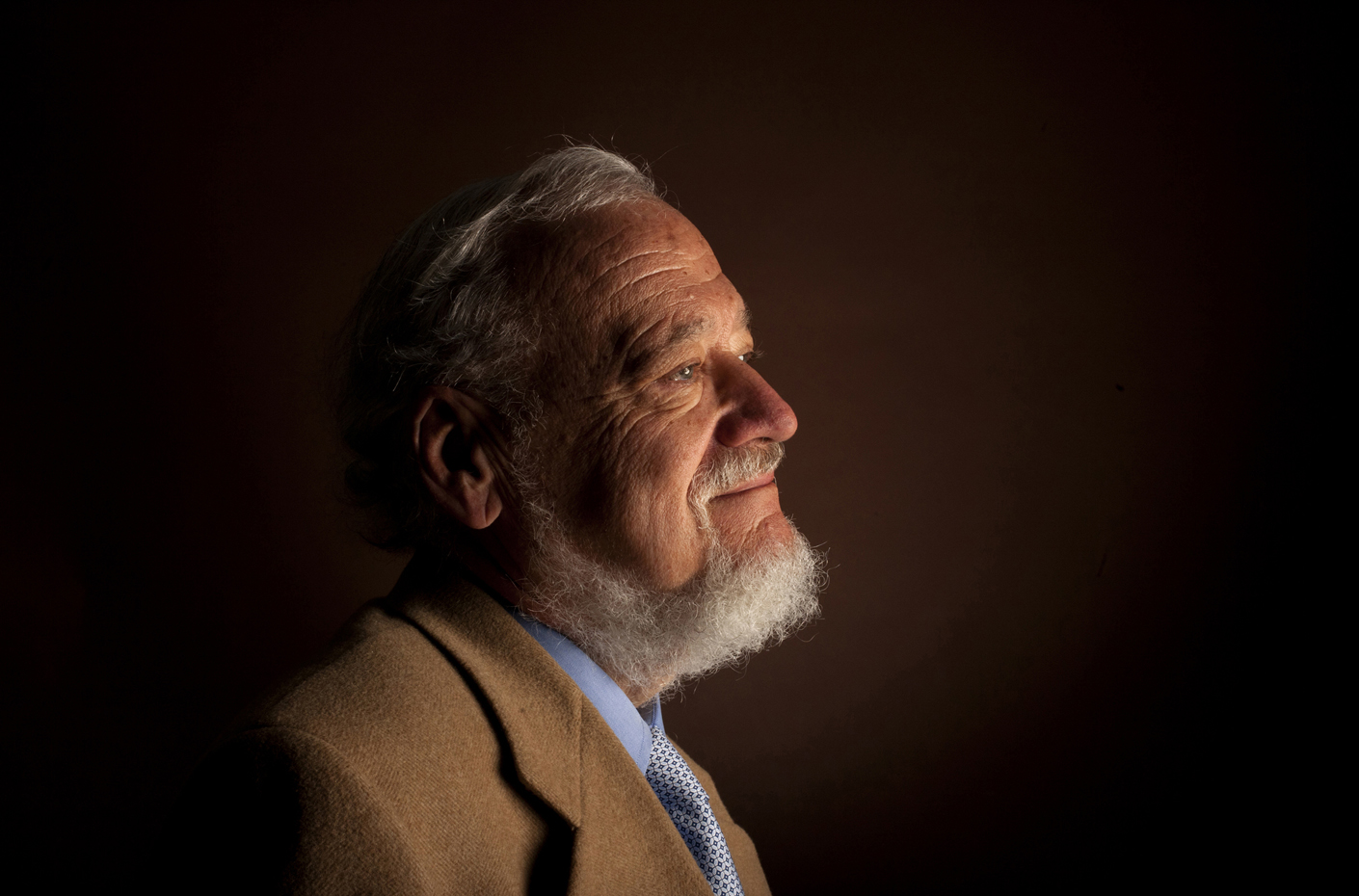 It's rather fitting that world-renowned philosopher Brian Skyrms occupies an office on the seventh floor of UC Irvine's Social Science Tower. The bearded professor is on a higher plane than most mortals — pondering life's deepest questions and framing complex theories about how we interact and communicate. "The theory of knowledge shouldn't be, 'Oh, how do we define knowledge?' It should be how information flows," Skyrms says. "Philosophers are supposed to think about this stuff." The Distinguished Professor of logic & philosophy of science, who joined UCI in 1980, thinks about stuff a lot. He's published seven books and more than 100 articles on the philosophy of science, causation, decision theory, game theory, and the foundations of probability. Because of his influential ideas, Skyrms has earned membership in the National Academy of Sciences and the American Academy of Arts & Sciences. He received the 1999 Lakatos Award — philosophy's most prestigious international prize — and the 2005-06 Paul H. Silverman Award and has been a Guggenheim Fellow as well as a fellow at the Center for Advanced Study in the Behavioral Sciences. He served two years as president of the Philosophy of Science Association, the highest office in the philosophy profession, and during his time at UCI, he has played an instrumental role in making the UCI doctoral program in philosophy of science, mathematics and logic the top ranked such program in the world. On May 12, Skyrms will be presented with the UCI Alumni Association's highest honor, the Lauds & Laurels Extraordinarius award. He recently talked about his latest philosophical endeavors.

Q: You published a book on that topic last year — Signals: Evolution, Learning and Information. What is signaling, and why does it interest you?
A: Philosophers are supposed to be interested in how we learn things, how we pass information on from one to another, and how we get it from the world. That's the theory of signals; they're the things that convey information. When you have collective action, it's always coordinated by signals among the various actors. This is true not just for people but for animals and single-celled organisms everywhere, throughout life. So signaling is very basic. In more complicated social networks, where you have information being passed, extraneous information being filtered out, computations and logical inference — those are all done in signaling networks and coordinated action among various parts, players and recipients of signals.

Q: What do you mean by "social network"?
A: A social network is who you interact with, and you interact with some people more than others. Some networks are kind of frozen, like organizations where you have to interact with people in some hierarchy, and others are more fluid, where you choose who you interact with.
If the social network is fluid, it can change over time. People interact and learn whom it's good to interact with, and that changes the network structure. You tend to get more cooperation in fluid networks where the parties and strategies stay the same. Slowly, the cooperative people find each other; then, slowly, the others convert to cooperation, and the whole group becomes cooperative. But if you freeze the network and people have to adapt their behavior to it, you tend to get non-cooperating people.

Q: How could that information be applied to an organization like a university, particularly UCI?
A: In some organizations, things are very rigid; and in some, things aren't so rigid. Hewlett-Packard, when it was formed, was very flexible. The founders thought that would be the best way to encourage people's cooperation and creativity, and it worked. The structure changed over time, of course. This is applicable to a university: If you have the possibility of crossing disciplines, crossing schools, you can make it either hard or easy. At UCI, crossing disciplines in some places is easy. In social sciences it's easy, because the school was founded on the idea that we shouldn't have disciplinary boundaries that get in people's way. I understand from the old-timers that there are more boundaries now than there used to be, but it's still pretty easy to go across disciplines. For instance, there's the Institute for Mathematical Behavioral Sciences — I participate in that. It sponsors interdisciplinary conferences and symposia all the time. I teach an interdisciplinary seminar in social dynamics with Louis Narens and Donald Saari, and every year we get people from all different disciplines. There's a certain fluidity there that's good. On the other hand, sometimes it's harder to get connections across schools. There are institutional boundaries and rules. But we do have cooperation across schools on this campus.
The Department of Logic & Philosophy of Science has a successful joint Ph.D. with the philosophy department in the School of Humanities, and Francisco Ayala and I have for many years jointly taught a "Philosophy of Biology" course that's cross-listed in biological sciences, humanities and social sciences. Those are practical applications of a theoretical model.

Q: What theories are you working on now?
A: I'm doing more work on signals — things that go a little past what I wrote about in the book.

Q: Can you describe these new ideas to the lay person?
A: Oh, dear. Probably not.