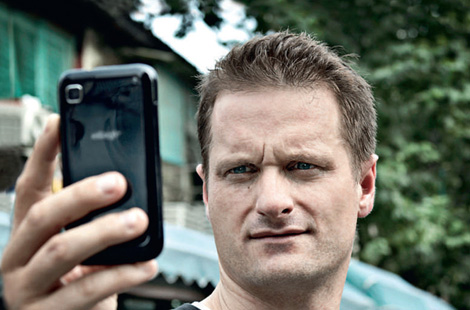 On a humid August afternoon, Jan Chipcase, an itinerant technologist, shrugs off the noise and commotion of the five bustling floors of Bu Ye Cheng, a towering electronics market that stands in the heart of Shanghai. Around him, traders sell mobile phones, laptops, quirky media players and tablet PCs. The 40-year-old Briton, a former Nokia researcher who has spent the past decade documenting the way technology is used around the world, has whiled away countless hours in similar places. Unlike the hundreds of shoppers crowding the gangways, he's not here to buy a new device or avoid the heat. Instead, Chipchase -- dressed in a dark T-shirt and military trousers -- is feeding one of his obsessions: the esoteric world of counterfeit, or "shanzhai", phones. "Every time I go out, I want to see something that challenges my perception of what I know," Chipchase says. "I like to live somewhere that shapes the way that you see the world."
For the full story, please visit http://www.wired.co.uk/magazine/archive/2011/01/features/shanzai.