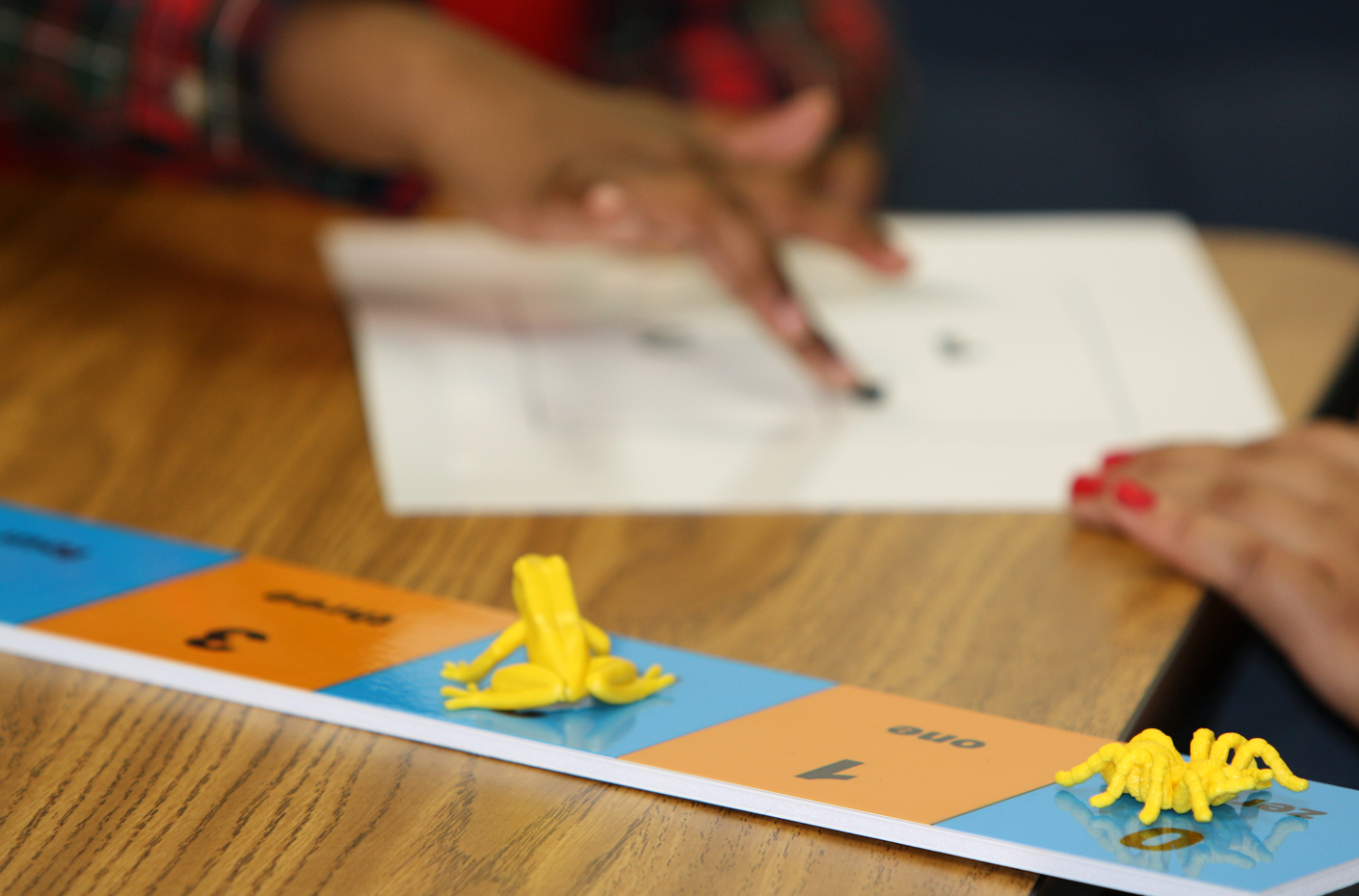 Meet Agustin.  He’s a pre-school student from Garden Grove who likes to play soccer.  His parents, who speak only Spanish, want their son to grow up and go to college, preferably, they say somewhat jokingly, as an Anteater, since Agustin’s father has worked on UCI’s grounds crew for 14 years.

Although Agustin has not yet started kindergarten, he is already learning the number concepts he will need in years to come, says UCI cognitive sciences professor Barbara Sarnecka.

“Research has shown that children’s conceptual understanding of cardinal numbers when they enter kindergarten predicts a lot about their future math and overall school performance,” Sarnecka says.

In a study funded by the National Institutes of Health and published in both the Journal of Experimental Child Psychology and Cognition, she discovered that these number concepts are usually acquired by middle-class children like Agustin at age 2 or 3. Children from low-income households, however, don’t acquire these same concepts until 5 or 6, or sometimes later. Missing almost entirely from current research is how and when this happens among children from low-income, bilingual households.

According to Sarnecka, children facing the challenges of both limited resources and limited English may acquire key number concepts even later than age 6.

“There is a lot of evidence that language development, which is tied to number-concept development in young children, differs between bilingual and monolingual children,” she says.  “We have a good idea about the kinds of number-concept development experiences that help middle-class kids like Agustin learn what they need to know before kindergarten. Kids from low-income households are less likely to have those experiences, and it can create an academic disadvantage.”

Because math is a cumulative skill, Sarnecka explains that starting out behind makes it very hard to catch up.

"In fact, most kids never do catch up. Instead, they fall farther and farther behind as they get older,” she says.

With a new $798,000 grant from the National Science Foundation, Sarnecka and her cognitive development lab assistants are aiming to close this gap.  Her five-year study, which began in July 2010, will first involve observations to develop a better understanding of how number-concept and language development interact in children from different income and language backgrounds. The researchers then plan to use the findings to develop bilingual learning games and activities that will help the participants develop number concepts sooner.

Participants are currently being recruited from Head Start sites in and around Orange County. The children will be given a battery of assessments, explains Sarnecka, to determine their current levels of language and number development skills.  Children selected for the treatment group will then spend one hour per week for four weeks reading counting books and playing number games with researchers, including Cristina Flores (pictured), Sarnecka’s research lab manager. As a bilingual researcher, Flores plays a critical role and feels a personal stake in the study’s delivery and outcomes.

While she says the games she will be playing with the participants may seem simplistic – a spinning wand indicates whether to move one or two spaces on a game board and the first to make it to the end wins – the overall study’s aim is much larger, more elusive and highly impactful: helping bilingual kids from low-income households improve their chances for future academic success.

At the end of the four-week period, the participants will be reassessed to determine changes in language and number development levels when compared with children in the control group who spent the same amount of time with researchers, reading the same books and playing the same games, but with the number-content taken out.

Because the study is longitudinal, the children will continue to be assessed through age 6 and potentially beyond to monitor how the intervention may impact future math achievement.  If successful, says Flores, the study could lead to the creation of formal preschool curricula that support the development of early number concepts.

“This type of applied research can really make a difference by giving kids the foundational knowledge they need, right from the start,” Flores says.