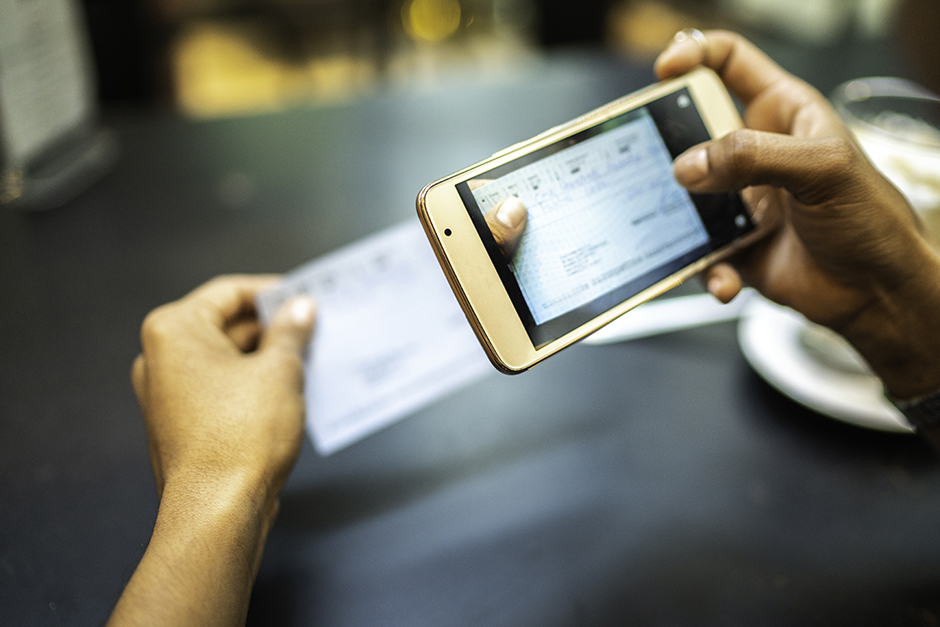 “Every day people receive algorithmically-driven targeted advertisements on their smartphones and other devices which, in the financial sphere, include loan offers or credit-score boosting services,” says Bill Maurer who’s leading the project to change these practices.

Smartphones have evolved to connect people with much more than a simple phone call. One of many critical needs the devices now serve: providing financial services to underbanked, underserved populations, says Bill Maurer, UCI anthropology and law professor and social sciences dean.

“Access to financial systems helps previously unbanked populations - who are disproportionately from racialized and marginalized communities - build credit and wealth,” he says.

The director of UCI’s Institute for Money, Technology and Financial Inclusion, Maurer is an expert on how populations around the world spend, save and interact with money. And yet as access has become more pervasive, so, too, have new financial technology - fintech - services, apps, and other fringe services that target this financially vulnerable population.

“Every day people receive algorithmically-driven targeted advertisements on their smartphones and other devices which, in the financial sphere, include loan offers or credit-score boosting services,” says Maurer. “Services marketed often include outright scams or disinformation designed to prey upon unsuspecting consumers with thin or no credit files due to their lack of prior banking history.”

These practices sow distrust that perpetuates the racial wealth gap as consumers pay higher fees for basic services or exclude themselves entirely from the system. And it’s a social problem, says Maurer, one that requires a social scientific solution.

He’s leading a multidisciplinary team of researchers and institutional partners in a large-scale study to understand mis- and disinformation about money, banking, and finance among racialized and marginalized communities in the United States. They’ve received $750,000 from the National Science Foundation Convergence Accelerator - a program that aims to translate and speed basic research to have national-scale, societal impact - to approach the issue from a social science perspective using ethnographic research, content analysis, and data modeling.

The project is one of 28 grants awarded in this year's cohort and one of the only funded to date that centers on the contributions of the social sciences.

Joining Maurer on the initiative are:


Together, they’re partnering with the U.S. credit union system to pilot the Algorithmic Observatory (AO), a community-driven forum for monitoring and countering mis- and disinformation.

Access to financial systems helps previously unbanked populations - who are disproportionately from racialized and marginalized communities - build credit and wealth.

Beginning with a regional approach in Southern California, they’re leveraging relationships between Filene and credit union partners to access data on specific communities that are targeted with predatory mis- and disinformation practices.

They’re analyzing and developing models that assess common delivery mechanisms – social media, emails, others - products, messages, and their spread. Simultaneously, the researchers are pushing out more reliable information to the affected communities via non-profit financial inclusion partnerships while advocating for policy changes. Their goal, when they have a working model, is to expand the Algorithmic Observatory nationwide.

“By approaching this issue from a community-driven approach, we hope to illuminate practices that are perpetuating inequity while also working to right it,” says Maurer.