UCI’s new Ph.D. program in global studies diversifies education and supports the next generation’s appreciation of place in a complex world 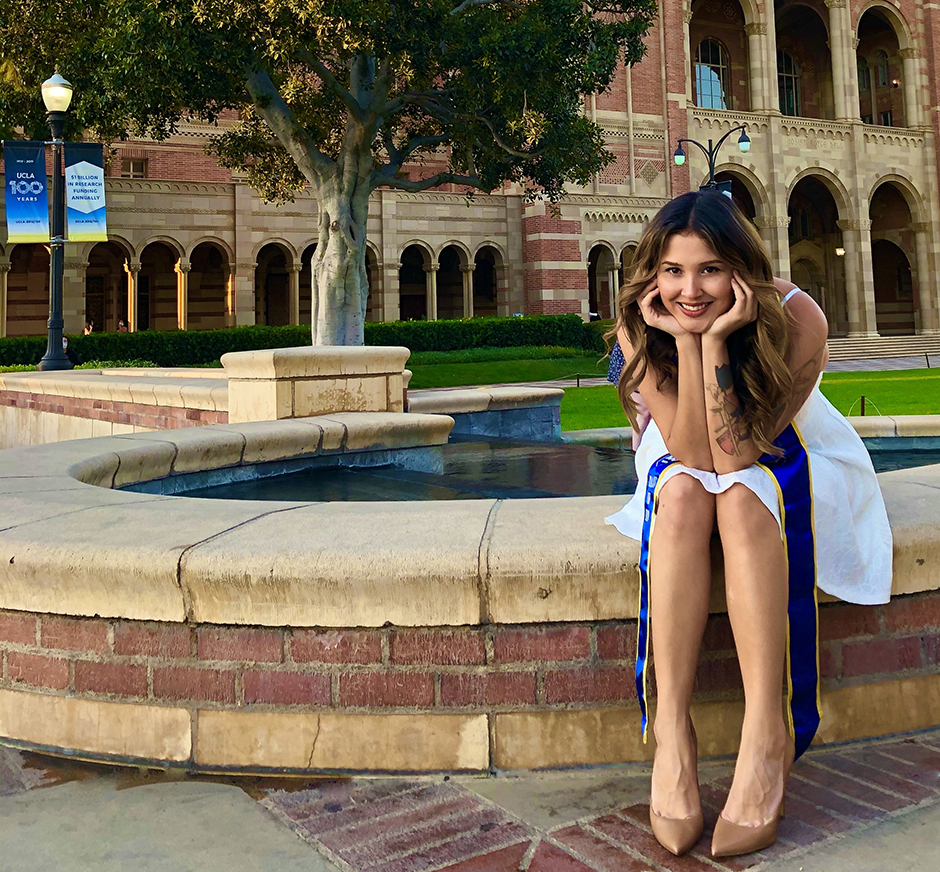 Alex Piña worked as a hair stylist for 10 years before becoming the first in her family to go to college and, ultimately, pursue a Ph.D. “I had a lot of interests but also a lot of criticisms of the way things are in society, and doing hair was a creative outlet I could use to support myself,” Piña says. “Even the way I approached hair was as a form of protest, challenging hegemonic racial and gender norms.”

These days, Piña says her scholarship is her activism. As a member of the inaugural cohort of graduate students in the UCI School of Social Sciences Department of Global and International Studies, Piña explores how international tourism contributes to the poverty and oppression of locals who welcome and serve visitors, and the widespread ripple effect of those interactions.

Both her research methods, and the burgeoning field of global studies in which she has found an academic home, cross traditional disciplinary boundaries.

“The way the world is now, and the way we consume information, makes it difficult to continue seeing everything within the parameters of nation-states,” Piña explains. “Global studies looks beyond those structures so you can understand the complex way that the world works now, from immigration to agriculture.”

Piña’s classmates’ varied research interests include how the Filipino diaspora fills a significant role in American elder and healthcare; China’s interventions in Latin America; and the invisible impacts of the sprawling Amazon warehouse that just opened in Tijuana, Mexico.

Fast-growing department
Global and international studies is one of UCI’s fastest growing departments. Already home to 550 undergraduates, the department hired six new faculty in fall 2021, bringing the total to 12, and welcomed its second cohort of graduate students for a count of 20.

Eve Darian-Smith, professor and chair of global and international studies, came to UCI from UC Santa Barbara in 2017, the same year she co-published with associate professor of teaching Philip McCarty the foundational work The Global Turn: Theories, Research Designs and Methods for Global Studies.

Darian-Smith was drawn to UCI by the opportunity to build a global studies program from the ground up with the support of social sciences dean Bill Mauer. In 2018, the longstanding program in international studies officially became the Department of Global and International Studies. Since then, Darian-Smith has hired 10 new faculty who not only represent a variety of academic disciplines from geography to anthropology, but who hail from different places: Nigeria, Haiti, Guam, Brazil. The faculty’s work intersects with other schools, too. In fact, Darian-Smith is working on a research proposal on wildfires involving faculty from humanities, public health, Earth system science, and materials science.

“We attract people who ask innovative questions, seek different kinds of conversations, and who are willing to learn from each other,” says Darian-Smith. “We have this extraordinary group of people from underrepresented communities in the U.S. as well as from disparate parts of the world who bring alternative perspectives to the Euro-American academy. These faculty are vital in building inclusive theories and methods, and revisioning our dynamic interdisciplinary curriculum.”

Facing big global challenges
Darian-Smith suspects that many of the hundreds of undergraduates from all majors who flock to the popular introductory Global Studies 1 class are surprised by the course content. While many students are already familiar with international politics, and may even have experience with programs such as the Model United Nations, the global studies program delves into issues that involve state and non-state actors and institutions, as well as engages enduring legacies of colonialism, imperialism, and racial capitalism playing out in our contemporary world.

“We like to unsettle them,” Darian-Smith explains. “We tend to push against international studies, which nests geopolitical levels from the local to the global in a vertical fashion, and instead look at how global political, economic, cultural, and legal processes inform social relations and impact people’s lived experiences on the ground. Our revisioning is exciting because it deals with new issues such as cyberwarfare and the global rise of authoritarianism, and rethinks current challenges such as migration in terms of climate change instead of just war.”

Hundreds of undergraduate global studies programs have cropped up internationally in the last 20 years, and there are at least 60 graduate-level programs worldwide. In UCI’s Ph.D. program, which enrolled its first class in 2020, students must be well-grounded in a wide range of literatures and theories that helps them develop their interdisciplinary research, Darian-Smith says.

“We are receptive to exploring any of the big global challenges of the current moment,” says Darian-Smith. “Our faculty and fellow graduate students provide an innovative, dynamic, interdisciplinary community that will help you think through methodological and theoretical questions for whatever you want to discover.”

Of the 20 doctoral students in the young program, 15 come from underrepresented minorities, and half are first in their family college graduates. D. Alex Piña is both.

Academic aspirations
Growing up in LA, the daughter of a Marine and a hairstylist, Piña says she was always “cerebral.” But it wasn’t until she was well-established in her own hair styling business that she paid her way through community college and transferred to UCLA to major in global studies. She already had her mind set on earning a Ph.D., and two faculty mentors took her under their wing.

While studying abroad in Paris, Piña realized that she was relying on an entirely different social script. At home, almost everyone could see she was Latina, while in France, she was widely assumed to be Algerian. Meanwhile, Parisians assumed her gender-nonconforming friend was gay, but she faced no threatening bathroom encounters abroad, as she had in the U.S.

“Navigating a foreign space, we move through society differently, and our privileges change,” Piña says.

From that realization was born her honors thesis and the seed of her graduate research project in mobilities — a contemporary social sciences field focused on the way people, ideas, and things move around in the world unevenly. Piña hopes to do ethnographic fieldwork in Latin America for her dissertation, observing hotspots of LGBTQ tourism.

“I’m interested in the political economy of queer tourism,” says Piña. “The way we understand progress relates movement and freedom, yet embedded within that are certain politics that preserve an interlocking system that supports oppression among certain types of people, communities, and parts of the world.”

Piña applied to other graduate schools in both global studies and anthropology, but ultimately chose UCI’s new program largely because of Darian-Smith, whose work Piña read as an undergraduate.

Throughout her first year in the program, which was fully remote, she says her advisor Long Bui, associate professor of global and international studies, reached out frequently to make sure she was connected to virtual lectures, workshops, and grant opportunities. As she started meeting her colleagues in person over summer, she found them to be supportive and curious, each pursuing their own distinct and fascinating areas of research.

While still early in her program, Piña aspires to become a professor at an R1 research university, where she envisions the common thread of her research will be inequality, wherever it emerges.

By the time Piña finishes the program, Darian-Smith hopes to have recruited even more faculty into the department, and to have drawn students from across social sciences and humanities to participate in graduate seminars, and the graduate emphasis in global studies.

“With social media, young people today are more global than the rest of us, so they already see the world as highly problematic and challenging,” says Darian-Smith. “Global studies provides an intellectual environment that diversifies education and supports the next generation’s appreciation of their place in a complex and interrelated post-nationalist world.”