Howard Hsieh ’95, political science, vice president of business strategy and development at Paramount Pictures, stays connected with his alma mater as a founding member of the Dean’s Leadership Society 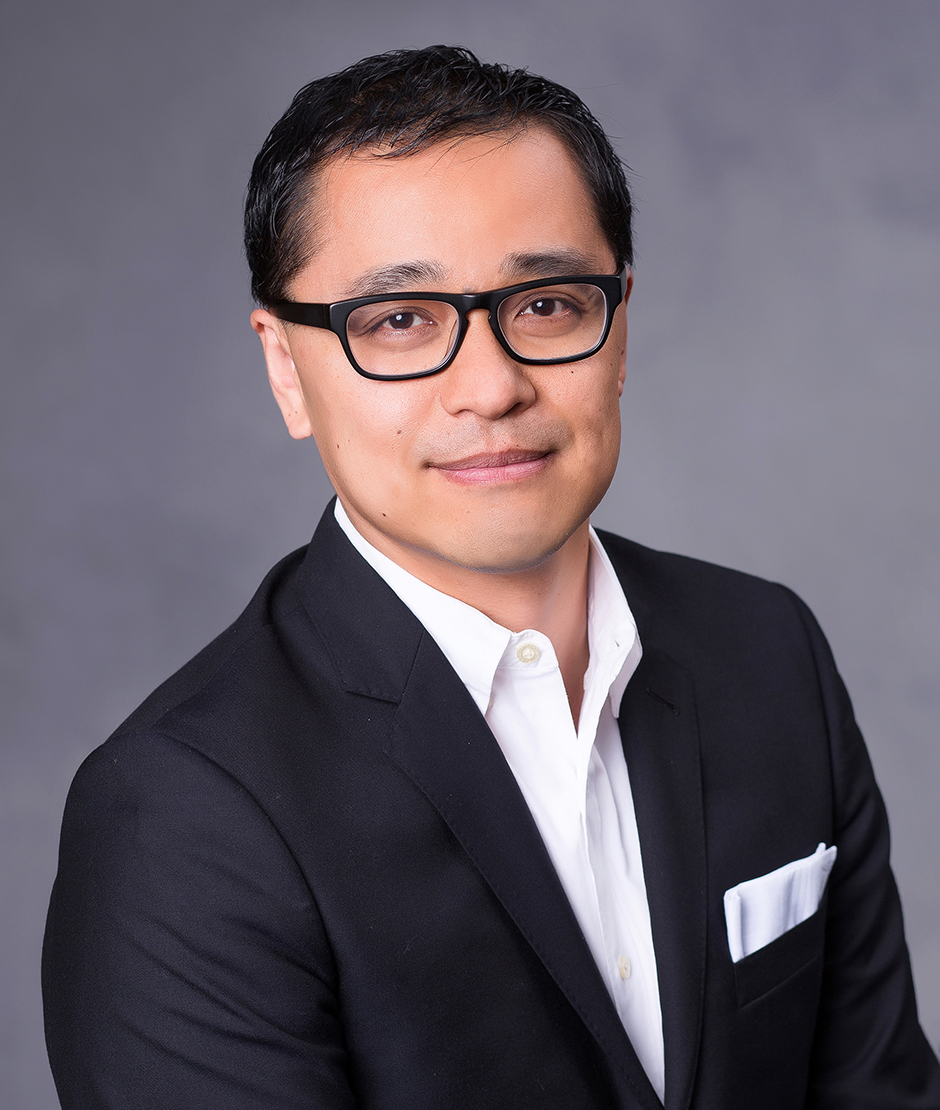 Through his roles with Paramount Pictures and the UCI School of Social Sciences Dean’s Leadership Society, alumnus Howard Hsieh is envisioning the future of entertainment while creating a larger, more visible network for social sciences alumni leaders.

As an executive at Paramount Pictures, Howard Hsieh ’95 helps create the future of entertainment – from new streaming content to virtual reality. His unique ability to fuse quantitative business analytics with creative endeavors helps him plan what’s next for the global company, which is responsible for such blockbusters as the Transformers and Mission Impossible franchises.

But back when Hsieh was a political science major in the UCI School of Social Sciences, like most students, he had no idea how his own future would play out, or the role UCI would continue to play in his life decades later.

“It’s so interesting how these dots all connect, looking back,” says Hsieh. “My time at UCI completely informed who I am today.”

Learning to lead
Hsieh acquired a global perspective at a young age. Born and raised in Southern California, Hsieh spent brief periods living in Rio de Janeiro, Brazil and Taipei, Taiwan. In his first year at UCI, Hsieh switched his major from economics to political science, which deepened his understanding of international affairs – and allowed him to avoid some of the math and statistics he didn’t enjoy.

“When I coach young students today, part of the advice I give them is that they don’t need to know what they want to do. But they need to try a lot of things, because finding out what you don’t want to do is just as important,” he says.

Through the Dean’s Leadership Society, I’ve been able to connect with UCI alumni here in LA. The network is strong.

Hsieh was active on campus and, although he didn’t consider himself a student leader, he knows he developed lifelong leadership skills during his time at UCI. He was a teaching assistant, counselor for the Student Parent Orientation Program (SPOP), active fraternity member, and a resident advisor in Arroyo Vista when it first opened. In fact, he lobbied then-dean of student affairs Sally Peterson to include an Asian American theme house in the new residence halls.

“My experience tells me you can create your own path at UCI, as long as you can convince people to support it,” Hsieh says. “Everybody wants to create an environment where individuals can flourish.”

Going global
After graduating, Hsieh worked in finance and accounting, first for his family’s mid-size scrap metal recycling business, and then for Getty Images back when it was a startup focused on bringing the photography industry into the digital age. But Hsieh wanted to go to work for a large company, so he went to one of the biggest: Disney.

At Disney, Hsieh worked on finance and business development, and was involved with such high-profile projects as launching Hong Kong Disneyland, building a cruise ship fleet, and selling the professional sports teams the company then owned: the Angels and Mighty Ducks. Though he managed to avoid quantitative courses as an undergraduate, Hsieh was now knee-deep in numbers and spreadsheets. He decided to earn his MBA from the UCLA Anderson School of Management while working full time.

In 2008, Hsieh transitioned to Paramount Pictures, where he is now the vice president of business strategy and development, responsible for planning for the future of the business: new products, new partnerships, and new ways to leverage technology. Although Paramount is a household name in the U.S., it’s an even bigger player in the global market – and especially dominant in Europe. In this space, Hsieh draws on lessons from his undergraduate years, and his time living abroad.

“Everyone understands we live in a global marketplace, requiring global cultural awareness and understanding,” says Hsieh. “And ultimately that is what political science is.”

Understanding global cultures is just one of a wide variety of skills required to make and market movies today. Of course, there are the artists who write and act, but also technical engineers who put the finished product on streaming services and analysts who have to understand the global entertainment market.

“We are in such a fun time in the media technology space, with tons of disruption,” he says. “As a company and a team, we look for talent from everywhere and skill sets of all different types, from arts, science, math, engineering.”

Each year, Hsieh introduces a new cohort of students to this exciting world. He hires two MBA interns to work with him at Paramount – one with strength in quantitative skills and the other more qualitative, because industry success requires both. He’s also proud of founding the largest media entertainment business case competition in partnership with UCLA Anderson, which is now in its eighth year.

Envisioning the future
“I spend my entire day now thinking about the future and how people consume content, whether that’s playing games or watching a movie,” Hsieh says.

This ranges from strategizing which movies the company should produce, to how Paramount+ can compete with other popular streaming services. He’s even planning for a not-so-distant future when you can stream Paramount’s content in your self-driving vehicle.

Hsieh’s connection with UCI was rekindled while visiting campus with his family for Homecoming in 2015. Standing in the newly built Social and Behavioral Sciences Gateway that day, Hsieh was flooded by fond memories of his time as a student. He also met dean of social sciences Bill Maurer in the lobby, and quickly embraced a proposal that they work together to connect more alumni to their alma mater. Their ongoing conversations led to Hsieh becoming a founding member of the Dean’s Leadership Society.

“Howard is a brilliant example of how our alumni leverage their UCI education to impact global society in meaningful and, yes, entertaining ways,” says Maurer. “As we strengthen relationships with alumni all across the country, we’re grateful for Howard’s efforts to deepen connections among Anteaters in LA, who are doing fascinating work.”

“Through the Dean’s Leadership Society, I’ve been able to connect with UCI alumni here in LA. The network is strong,” he says. “If you’re looking for information, resources or expertise, the School of Social Sciences is a great place to start.”

As a leader in DLS, Hsieh has added a new aspect to his forward-thinking work: he’s not just envisioning the future of entertainment, he’s also creating a larger, more visible network for social sciences alumni leaders like him, in Southern California and around the globe.