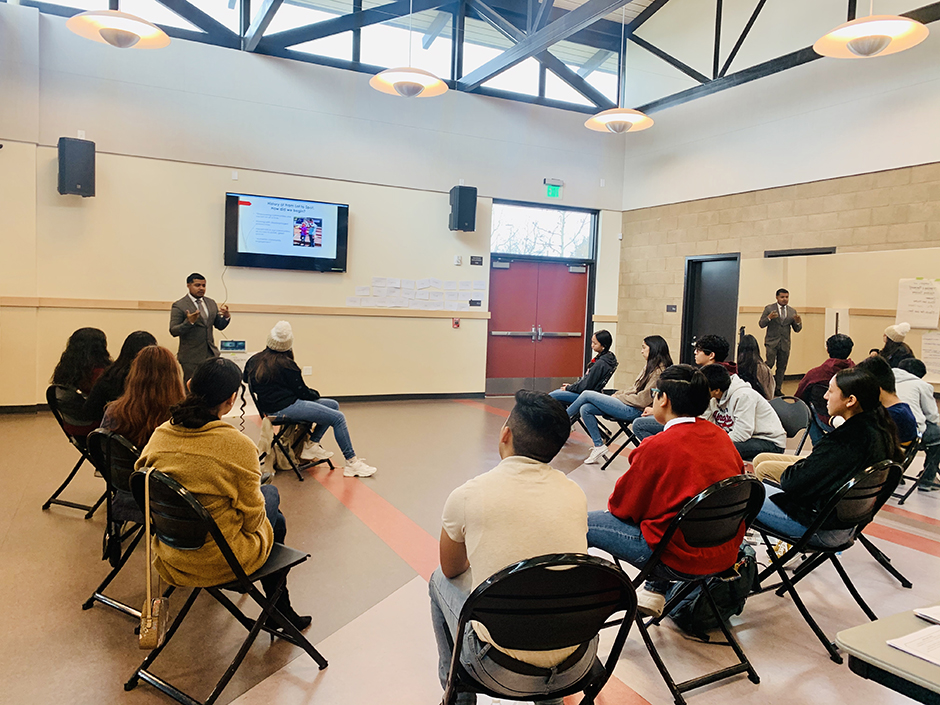 Jesse De La Cruz has a lot to be proud of. He has two wonderful little girls. He runs a successful public relations and communications consulting business he built from years of community organizing. And soon, he’ll be a proud UCI political science graduate of the class of 2022. But life didn’t always look this way.

A brick wall
De La Cruz was born and raised in Watts in South Central Los Angeles. “I grew up in the foster care system and was told I couldn’t rise above the neighborhood,” he says. “I unfortunately made some poor decisions and did some crimes and have spent time repaying my debt to society,” he says.

By age nineteen, he was incarcerated, surrounded by towers and guards holding rifles. The building’s corridors displayed signs that read “no warning shots.”

He remembers how deeply he felt this threat. Throughout his years in the criminal justice system, he spent several stints in solitary confinement – once for three consecutive months.

“I remember being in tears because I just wanted to go out and play, but instead I was in shackles in a prison jumpsuit. When you hit a brick wall, you fall and hit bottom,” De La Cruz says. “But I kept digging deeper when I hit bottom. I wasn’t happy. I didn’t find anything fulfilling. I remember thinking, this is insane. I can’t keep doing the same things and expect a different result. I had to change. I wanted better,” he says.

A turning point
For De La Cruz, change started inside. His cell mate turned out to be the college coordinator and became De La Cruz’s mentor.

“He enrolled me in school. He brought me stacks of math papers and told me to do them. He’d set down a pile of books and say, read them,” De La Cruz says. “He taught me the value of education and the value of being able to convey my thoughts and experiences with others."

Upon his release, De La Cruz struggled with problems other formerly incarcerated people face. He applied to many jobs and was denied. Without access to work, De La Cruz decided to build his experience by volunteering.

He was drawn to politics and went door to door campaigning for various political campaigns. Volunteering eventually led him to a job as a cluster coordinator for the City of Los Angeles Mayor’s Office of Gang Reduction and Youth Development.

“We invited gangs to the table. We created separate zones, like a teen center, and tried to make the parks more of a family experience,” he says.

De La Cruz was later hired as a lead community organizer by a non-profit organization that aims to turn empty lots into green spaces and served as a board member on the City of Los Angeles’s Youth Development Task Force.

More than a school
While his professional career was taking off, De La Cruz sought to further his education as an Anteater.

“I had a friend and a colleague who went to UCI and spoke highly of it,” he says. “Studying political science at UCI is the best decision I ever made because it gave me the perspective and tools I needed to understand the root causes of some of the challenges my neighborhood and other lower-income communities of color face.” 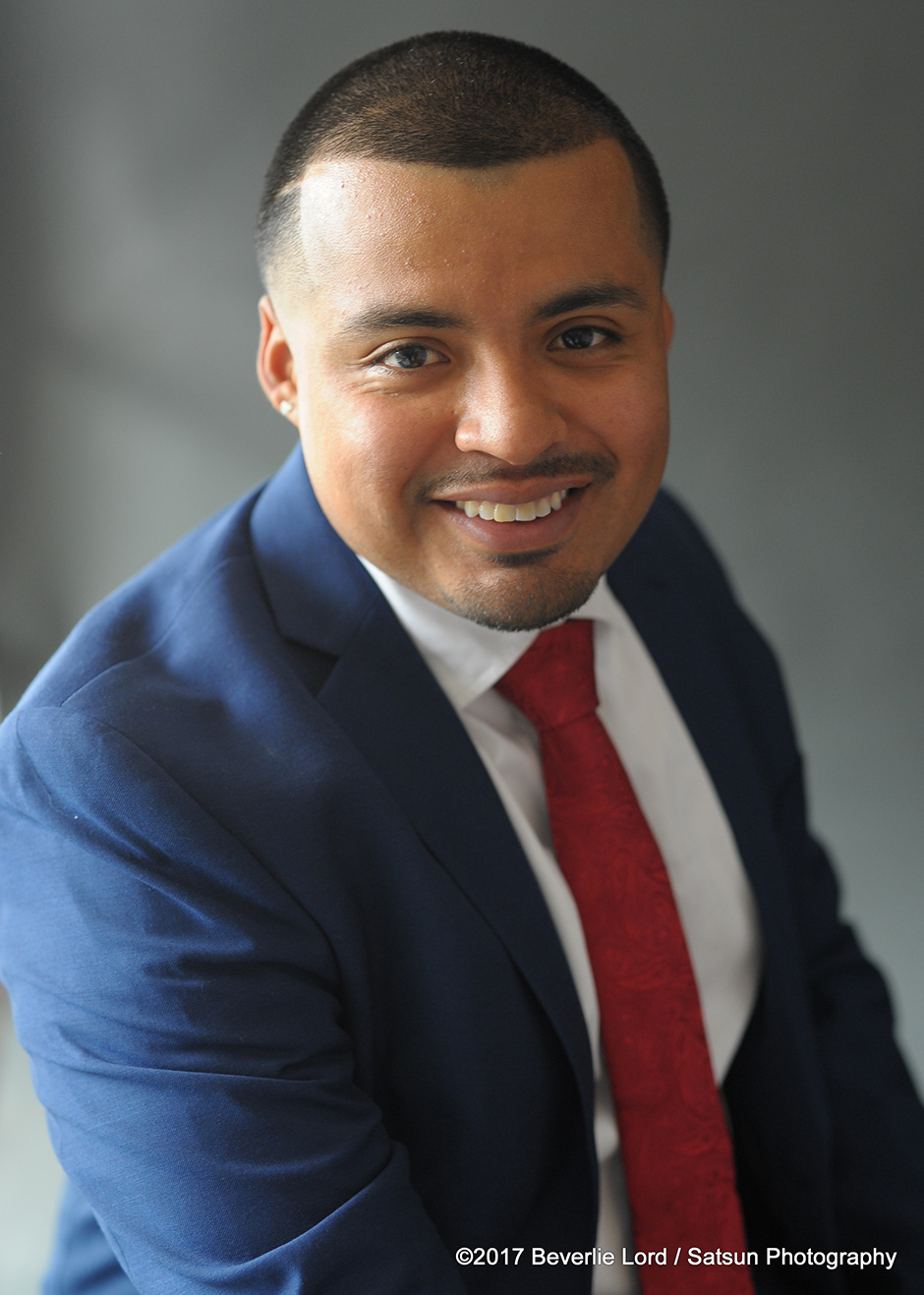 De La Cruz spent less than two quarters on campus before going remote because of the pandemic, but he credits the student organization Foster Youth Resilience in Education (FYRE) for helping create a community during his Anteater years. “We were able to share our experiences and celebrate our success,” he says.

As a full-time student, worker, and father of an infant and toddler, he's also appreciated the resources available at the university.

“UCI is more than a school. It’s a community and a family. It’s dedicated to improving the lives of its community," he says. "They have appropriate resources that are distributed in an equitable way. They have a diaper bank and food bank programs. Not having to worry about basic provisions helps give students like me a competitive edge.”

“Jesse pushed himself to dig deeper into the fundamental dilemmas and complexities of American politics and society, and to think through how what we studied might apply to addressing the challenges of today,” Bilakovics says. “He approached the courses, and his education more generally, not merely from an academic or career-oriented perspective, but to genuinely learn about and be of benefit to the world in which we live.”

For De La Cruz, the coursework offered context to his lived experiences.

“I understand the lineages of slavery to colonization to Jim Crow to mass incarceration to gentrification,” De La Cruz says. “You start to see patterns and who is targeted. In my neighborhood, there were years of disinvestment and racism. I feel like I am a refugee from the war on drugs and of gang violence and of poverty. My community was infected with criminogenic conditions. I had the cards stacked against me.”

UCI is more than a school. It’s a community and a family.

By sharing the realities of his neighborhood, he aims to provide contextual understanding - and perhaps a more compassionate awareness - for why lives can get off track.

What the future holds
As for his future, De La Cruz hopes to continue to grow in public service and can see himself redesigning the built environment using a human-centered user experience (UX) design approach.

“Perhaps the great life challenges he has faced enabled him to see beyond the significance of grades and a diploma to the true purpose of an education, and so too excel at UCI and succeed, I fully expect, in his post-college aspirations,” says Bilakoviks.

De La Cruz is thankful for the mentors who’ve enabled him to start a new pathway, and he wants to help pave the way for others.

“I’ve been fortunate to have wonderful mentors in my life and I want to pay it forward. I want to move people to take action for themselves,” he says. “I’m also a proud father of two baby girls who mean the world to me and whose unconditional love has taught me to care deeply about what the future holds.”

He hopes that by sharing his story, others will find hope and meaning in their future, as he has with his.

“We’re the sum of our experiences, and it’s important to tell your story," he says. "I hope by not shying away from these conversations about my past, I will help and inspire someone. I want them to have hope and redemption.”