UCI first-generation alumnus Oscar F. Rojas Perez is proof of the power of mentorship, and now he’s paying it forward 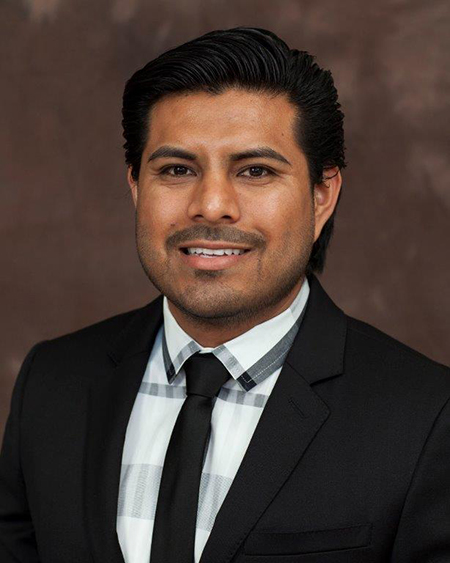 There’s a gap out there. A big one. And Oscar F. Rojas Perez, a 2011 UC Irvine alumnus and first-generation college student, was at risk of falling into it. It’s called the Latinx college degree gap. Simply put, Latinx Americans are half as likely to hold a college degree as non-Hispanic white adults.

By the numbers
According to a study by The Education Trust, 22.6 percent of Latinx Americans ages 25 to 64 held a two-year college degree or higher in 2016. More than 30 percent of black American adults had a college degree, and 47.1 percent of white adults did. That’s nearly a 25-percentage point gap in college attainment between Latinxs and whites. Furthering the gap, only 17 percent of Latinx adults who were born abroad have a college education.

Hidden in the data
Within that 17 percent of Latinx adults who were born abroad and have a college education you’ll find Rojas Perez. Currently a postdoctoral fellow at Boston University Medical Campus, Massachusetts General Hospital, he graduated in 2019 from the University of Missouri with a Ph.D. in counseling psychology and completed his undergraduate work with honors at UCI with a double major in Chicano/Latino studies and sociology. He was named the 2020 Lauds & Laurels Distinguished Young Alumnus award recipient.

But if you rewind just a few short years, Rojas Perez didn’t even know if college was an attainable path. Born in Guatemala, he moved to the United States at the age of 5. He was raised in a single-parent household and attended school in Anaheim, but was always discouraged at school because his reading and writing skills lagged years behind his peers.

Rerouting his path
After high school he attended Fullerton Community College. His career path forever changed when a representative from UCI spoke to a group of students at Fullerton.

“UC Irvine created visibility,” he says. “They made college seem like a real possibility. They communicated the requirements needed to get in, explained the transfer process, and helped me complete the forms to transfer.”

Students like Rojas Perez have found a welcoming home at UCI, a federally designated Hispanic-serving institution where more than 25 percent of students identify as Latinx. The campus is noted among all UCs as the top destination for first-generation college students and those from underrepresented groups. And in The Education Trust’s latest report, UCI is one of the 10 top-performing institutions closing the graduation gap between Latinx and white students.

For Rojas Perez, coming to UCI marked the first time in his life that there were teachers and mentors who looked like him and encouraged his academic and personal growth.

“At UC Irvine I connected with people of color and had mentors who took me under their wing and guided me through the world of academia,” he said. “They showed me what was possible, and encouraged me to consider graduate school. When I was in high school, I didn’t even know what graduate school was and now my mentors at UCI were helping me research programs that would be a good fit for me and guided me through the application process.”

He was accepted into and completed the School of Social Sciences’ intensive five-week residential “research bootcamp” known as the Summer Academic Enrichment Program where he excelled in applying academic concepts to research design and implementation. And he worked in two research labs under faculty who would become his closest mentors. For Rojas Perez, the guidance they provided was about much more than academics.

“They taught me the importance of being a man of color in America. How to navigate family and the academy given that I come from a single mother household,” he says. “They provided me with consejos (life lessons) on spirituality, staying grounded, and staying true to who I am as an immigrant man of color.”

UC Irvine created visibility. They made college seem like a real possibility.

Power of mentorship
Who are these people who had such an impact on Rojas Perez? One mentor is Jeanett Castellanos, associate dean of undergraduate studies and teaching professor in the School of Social Sciences, who focuses her work on racial ethnic minority (REM) student psychosociocultural experiences in higher education. Together with Castellanos, Rojas Perez completed two research projects – one which has since been published in the journal Psychology of Men & Masculinity and the other to be included soon as a chapter in a book.

“Oscar’s work is progressive, innovative, and imperative. Up to date, he has published 3 referred articles, 4 book chapters, and presented at 10 professional conferences,” says Castellanos. “Undoubtedly, Oscar demonstrates a record of excellence and an extraordinary commitment to scholarship and community.”

Another mentor is Belinda Campos, associate professor of Chicano/Latino studies and director of the Culture, Relationships, and Health Lab where Rojas Perez worked as a research assistant. Campos is also a faculty member in the Program in Medical Education for the Latino Community (PRIME-LC), taught jointly between the School of Social Sciences and the School of Medicine. In addition, she also holds an affiliation appointment in the Department of Psychological Science in the School of Social Ecology.

Another important mentor was Joseph White, who passed away in 2017. He was professor emeritus of social sciences at UCI, where he spent most of his career as a teacher, supervising psychologist, and director of ethnic studies and cross-cultural programs. He was a pioneer in the field of black psychology and was affectionately referred to by students, mentees, and younger colleagues as the “godfather of black psychology.”

With three influential mentors who worked in psychology for minority populations, it’s no surprise that Rojas Perez has patterned his research off their inspiration. His master’s thesis in counseling psychology was about redefining Latinx immigrant wellbeing. His work now revolves around creating assessment tools and treatment methods that are better suited to the community of color.

Creating his own legacy
“The psychological assessments currently used are based on white students and the suggested treatment plans are also based on their cultural norms. Those don’t work for Latinxs and people of color. We need to develop a different way to assess their wellbeing and mental health. And develop a different path for treatment,” he says.

His research indicates that Latinxs need a more holistic construct that aligns better with their belief system to determine wellbeing.

“For the Latinx community, we focus on a more holistic construct that includes family and spirituality. These domains are equally as important as the individual construct,” he says.

Rojas Perez is continuing to develop these tools and treatment methods to better reach an underserved population. Practice within a clinic and furthering his research, he hopes to give a voice to the mental health of Latinxs and the immigrant population by educating the public, other practitioners, and influencing policy that affects the wellbeing of minority groups.

Today it’s easy to see the positive impact he will have on his field and in the lives of so many who may never have received proper care for their mental health if not for his research and expertise. This is the power of mentorship, encouragement, and a push in the right direction.