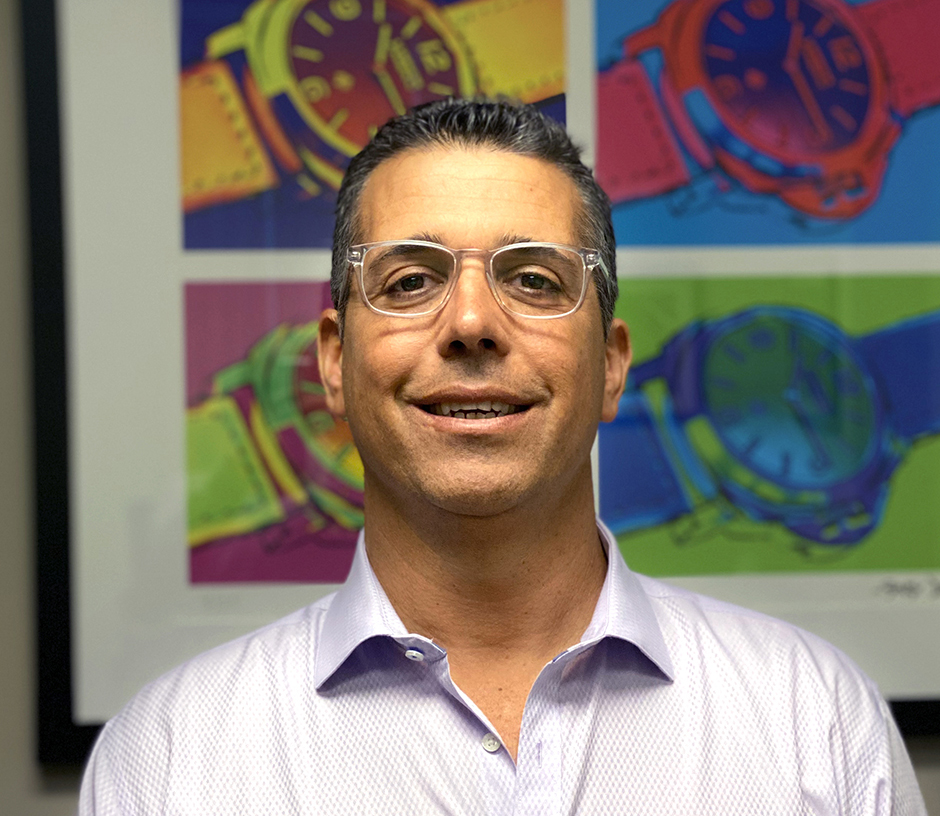 The UCI student-athletes who played for the legendary Ted Newland knew him as more than a water polo coach, but a force of nature who taught skills for success both in and out of the pool.

“His mentality was that there’s no big secret in life. You get what you put into it,” recalls Ofer Horn, who competed with the Anteater water polo team for three years.

More than two decades later, that philosophy continues to guide Horn professionally and personally. With a work ethic instilled by Newland, Horn founded a company that has facilitated more than $1.5 billion in loans for small businesses. In the era of COVID-19, he's been busier than ever, facilitating equipment loans for medical industry and food packaging companies suddenly facing an uptick in demand.

Hard work
Horn grew up in Israel and Africa’s Ivory Coast, following his dad’s civil engineering jobs, before the family settled in Fountain Valley, California, when he was 9. There, he took up water polo, developing a reputation as a smart and aggressive player, and earning a spot on the USA Water Polo Men’s Junior National Team.

When Horn was recruited by colleges, he avoided UCI at first; too close to home, and was that Newland guy nuts? But after Horn played his freshman year at UC Santa Barbara, the departing coach released him to go to UCI and join old friends he’d been competing both alongside and against for years.

Horn learned that Newland was intense and unconventional, but far from crazy. The only way to be better than the person next to you, Newland preached, was to put in more work than that person. Being “on time” to practice meant arriving 20 minutes early.

“He was big on preparation, taking accountability for your actions, and hard work,” says Horn. “He devoted more than any coach out there, and that’s why he had more successful athletes.”

“But he never expected you to put in any more time than he did,” Horn adds. If his athletes had to start weight training at 5:45 a.m., Newland would be at the gym at 5 a.m. to get started. At the end of the day, if a player stayed to shoot the ball for another hour after practice ended at 8:30 p.m., Newland would stay at the pool.

A drive for business
Out of the water, Horn majored in social science, which further expanded the global perspective he had developed as a young child.

He looked to his older sister and her future husband, who were also attending UCI, for advice on what to do with his career. His brother-in-law Shane Whiteside suggested Horn pursue finance, since he was good with numbers and had a knack for communicating with people.

Until college, the only work experience on Horn’s resume was four summers as a Huntington Beach lifeguard, so he set about getting an internship doing billing and collecting in Los Angeles. But the four-hour round-trip commute was exhausting him.

The Anteater alumni network saved the day — and put Horn on the path to his future career. Former water polo player Marc Hunt, who is now the head water polo coach, offered Horn an internship at the finance company he then worked at in Orange County. Horn earned minimum wage cold calling businesses to see if they needed loans to finance their equipment. It wasn’t glamorous, but Horn genuinely enjoyed it.

After leaving UCI, he returned to the company to work full time as a telemarketer, and leaned on Newland’s lessons. Horn says he worked an extra four or five hours a week, adding up to 20 hours a month, in an effort to make up for his lack of business experience.

“It really builds your self-confidence when you’re working harder than the person next to you,” says Horn. “I put in more effort, came to work early, read books about the industry, and that’s how I excelled in my job.”

In 2004, Horn and a colleague took the bold step of launching their own company, Providence Capital Funding. By facilitating equipment loans for small and mid-size businesses, which can vary from furniture for a law firm to refrigerators for a restaurant, they have helped more than 20,000 businesses to date.

“99 percent of startups get declined by banks,” says Horn. “That’s where we can have a real impact, getting customers approved for financing by explaining the story of the business, the business owner, where they came from, and why they’re going to be successful.”

It often comes down to storytelling, Horn says. Working with entrepreneurs, many of whom are immigrants like him and his parents, Horn draws on the understanding he gained from social sciences encompassing diversity, global cultures, economics, politics, and psychology.

“Social sciences helped me be a little bit more well-rounded,” he says.

As companies grapple with the economic impact of the coronavirus pandemic, Horn’s work has become even more critical. Some of his existing clients are struggling due to mandatory closures, and so he is helping them arrange payment deferments on their loans. Meanwhile, food packaging and medical industries are seeing a sudden surge in demand, and he and his team are helping them rapidly secure equipment loans to meet their critical needs.

Give it all you’ve got, don’t hold back, and don’t be scared to continue to push yourself to be better.

Always an Anteater
Both water polo and UCI continue to be a major part of Horn’s life, even as he manages his business and raises a family with his wife, Susan.

Their 11-year-old daughter is already showing an early knack for entrepreneurship, selling novelty slime online. Horn helped coach two of his now grown step children’s water polo teams, and their dedication led to college opportunities - one even graduated from UCI.

Horn also still competes in the UCI Alumni Water Polo games and is involved with the Newport Water Polo Foundation.

He is also an active member of the School of Social Sciences Dean’s Leadership Society, through which he supports student scholarships, faculty recruitment and retention, research, and other critical emerging needs.

“I wanted to contribute back to the school,” says Horn. “Dean Maurer does a phenomenal job and is very passionate about the school, so I felt it was worthwhile to invest into that program, especially if it could help students.”

Horn also gives a talk to current water polo players each year, passing along his tips for life after college.

“UCI has a lot of resources available to students, so don’t take that for granted and don’t just go through the motions,” he tells them. Then he offers a hard truth: “You’re not going to get hired just because you have a degree.”

He urges students to visit the UCI Career Center, apply for internships, and leverage the thriving network of Anteater alumni. Horn, who launched his career with the help of an internship from an alum, currently employs three UCI alumni at Providence.

“Give it all you’ve got, don’t hold back, and don’t be scared to continue to push yourself to be better,” he says. “Nothing is going to get handed to you in life.”

He’s passing on the lessons that have been in the Anteater playbook for decades.