A captain for the planet 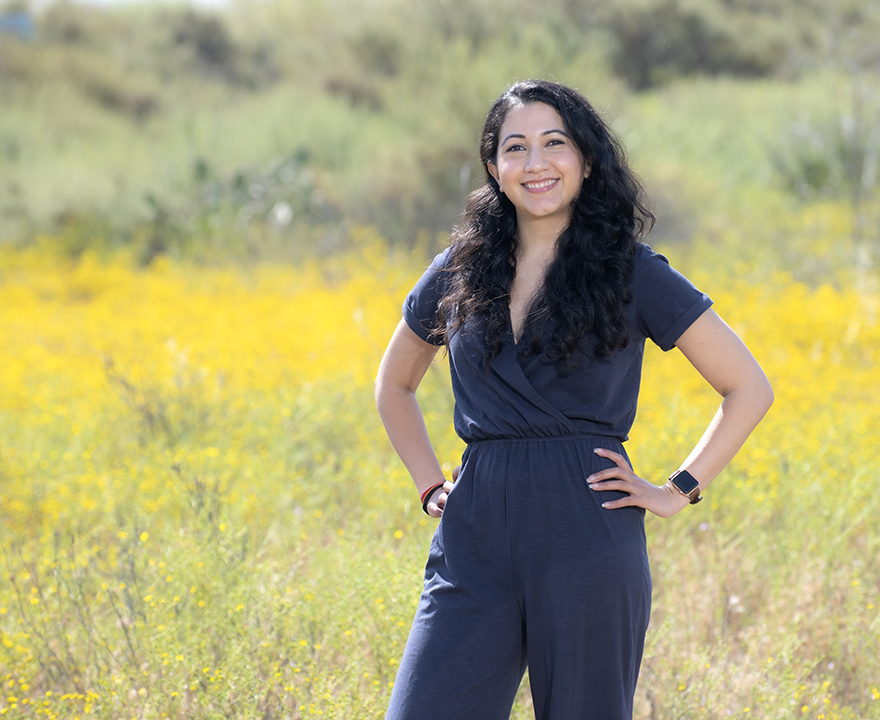 A captain for the planet


As a child, Shyla Raghav ’07 watched the animated series “Captain Planet and the Planeteers.” After the titular superhero and his five human helpers tackled each episode’s environmental concern – from waste management to deforestation to global warming – the “green” team told viewers how they too could be part of the solution. Raghav accepted the challenge. “I knew early on that I wanted to commit my life in some way to defending and protecting the planet,” she says.

She has done so on a scale that would make Captain Planet proud. Through more than a decade of environmental work – most notably with the World Bank, the United Nations and Conservation International – and her integral role in the negotiations of the 2015 Paris Agreement, Raghav has been instrumental in influencing international climate change policy. One of the few women of color leading the environmental movement in the United States – and among the youngest – she serves as an inspiration and role model for the next generation of aspiring climate change trailblazers.

Originally from Northern India, Raghav’s family lived in Australia and Nigeria before settling in Irvine when she was 6. As a teenager, she participated in recycling programs, organized her classmates to raise money for rainforest conservation and reused everything that she could. “I made my own notebooks with scrap paper and would write really small so I could get the most out of every piece of paper,” Raghav says.

It was an easy decision for her to pursue bachelor’s degrees in applied ecology and international studies at UCI. Sure, the university was local, but the bigger draw was the quality and interdisciplinary nature of its programs. “Every practitioner of any science should also have training in how to apply their expertise in the context of global problems,” Raghav says. “My UCI experience laid the foundation for my career to come.”

She joined the Green Campus program – supported by the bipartisan nonprofit Alliance to Save Energy – which encouraged both student engagement and advocacy within the university administration. With guidance from Wendell Brase, then UCI’s vice chancellor for administrative and business services, the team lobbied for the use of biogas in university buses, swapped out incandescent light bulbs for compact-fluorescent lamps and launched an educational campaign targeting fume hoods, the most energy-intensive devices on campus. “It was a valuable experience, and to this day, he’s a mentor of mine,” Raghav says.

After earning a Master of Environmental Management at Yale University, she headed to the Caribbean, where she lived in Dominica and Belize for a year while managing the World Bank’s Climate Change Action Plan. “It’s absolutely essential for anyone working on climate change to have firsthand understanding of the inequitable distribution of climate impact around the world,” Raghav says. “It gave me the confidence to speak on behalf of this global injustice and to be an advocate for underrepresented communities. As a woman of color, I felt I had earned the right to be in the room.”

In 2012, she joined the climate policy staff at Conservation International, a nonprofit that works to spotlight and secure the critical benefits that nature provides to humanity. Soon after, the rising star was invited into one of the most high-profile rooms in the climate change realm: She would advise the Maldives delegation in negotiations at the United Nations Climate Change Conference from 2014 to 2015.

At the time, the Maldives chaired the Alliance of Small Island States, an influential coalition of low-lying island nations most vulnerable to the impacts of climate change. Over two years, Raghav helped develop and refine the alliance’s positions on climate change, adaptation and finance.

The signing of the historic Paris Agreement on Dec. 12, 2015, “was exhilarating and cathartic,” Raghav says. “It was a huge relief to see that the international process still maintained its relevance and role in addressing what is truly a global problem that will require a global solution.”

As she ascended the leadership ladder at Conservation International – becoming vice president for climate change in 2019 – Raghav worked on solutions both abroad and at home. She visited more than 30 countries where the organization is establishing sustainable fisheries, restoring mangroves and forests, and protecting greater swaths of land from development. She spearheaded the creation of Nature4Climate, a coalition of nonprofits raising the profile of natural climate solutions, which can provide one-third of the cost-effective climate mitigation needed by 2030 to meet the goals of the Paris Agreement.

And – embodying Captain Planet’s catchphrase, “the power is yours” – Raghav updated Conservation International’s carbon footprint calculator, intended to show people the impact of their lifestyle choices on the climate and how they can be part of the solution by buying carbon credits to offset their emissions.

“It was really important to give individuals some agency in their own climate story and their own ability to make a change in their communities and the world,” she says.

In March 2022, Raghav embarked on her latest leadership role, this time as chief portfolio and partnership officer for Time Inc.’s new CO2 initiative, a platform for small- and medium-sized businesses to cooperatively invest in climate solutions. “We’re seeing how we can move away from one-off investments toward holistic, integrated and systemic solutions,” she says.

Raghav’s impact on climate change policy over the past decade led to her recent selection as one of 120 If/Then Ambassadors by the American Association for the Advancement of Science. The program recognizes talented female STEM professionals across a variety of industries who are interested in inspiring the next generation of girls to consider STEM careers. The ambassadors gathered on the National Mall in March so that each woman could meet her doppelganger: an orange, life-size, 3D-printed statue of herself. The Smithsonian Institution hosted “#IfThenSheCan – The Exhibit,” featuring the figures, to celebrate Women’s History Month.

“It was surreal,” Raghav says. “At first, I felt a fair amount of imposter syndrome. But being able to stand next to my statue, meet girls who passed by, and see the ideas and excitement the exhibit sparked for them made me recognize that I belonged there. Each and every one of our stories is powerful and representative of the diversity of ways women are changing the world and imagining a new future.”