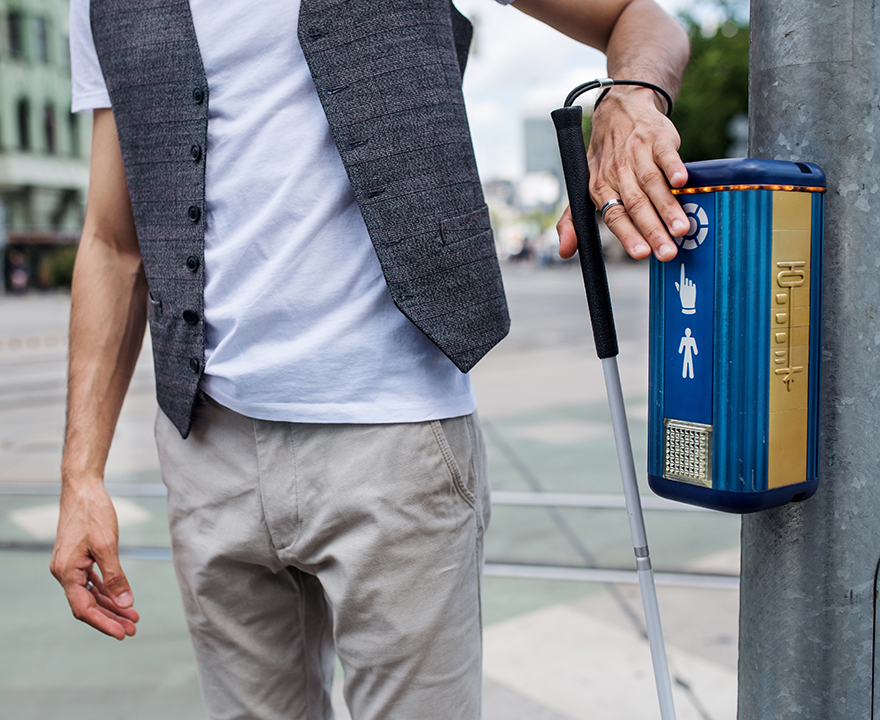 
People who are blind remember verbal details better than people who are sighted, but superior recall does not extend to nonverbal noise bursts like pings or beeps, according to a new UCI-led study. The findings, published in the Journal of Experimental Brain Research, have implications for designing more inclusive products that can better assist those with visual impairments.

“Understanding that blind people have superior memory for verbal information means we may encourage product designers to incorporate more linguistic cues into their products,” says lead author Karen Arcos, ’20 UCI cognitive neuroscience Ph.D. and now a postdoctoral fellow at UC Santa Cruz. “For example, streetlight poles at complex intersections may offer audible spoken information about which street to cross, rather than using nonverbal sounds to indicate which streetlight is green. Verbal information is clearer in some cases and may be less demanding than needing to recall which sound corresponds to which street.”

To test differences in recall abilities, the research team performed a series of experiments with roughly 40 participants - half of whom were congenitally blind, half sighted. Participants included attendees at the National Federation of the Blind’s annual conventions, students at Johns Hopkins University, and community members in Baltimore, Maryland.

“Past research finds blind people have better memory than sighted people on certain tasks,” says co-author Nora Harhen, a graduate student in cognitive sciences at UCI. “We wondered if those who are congenitally blind remember verbal materials better than the sighted, or if the blind also have better memory for nonverbal sounds compared to the sighted.”

The participants who are blind showed enhanced short-term memory on simple verbal span tasks – remembering a series of spoken letters. They also performed better than the sighted participants on complex verbal span tasks where equations were solved after each letter in the series, followed by recalling the letters. Blind and sighted participants showed no difference in performance when comparing if two series of nonverbalizable sounds – sounds with no word labels to name them – were the same or not.

“Future researchers may wish to explore what's happening in blind and sighted people's brains to provide more answers as to why blind people have superior verbal – but not nonverbal – memory as compared to sighted peers,” says Arcos. “For now, I'd encourage anyone interacting with a blind person to use specific language as much as possible. Give accurate descriptions, such as, ‘The 92 bus is reaching the bus stop at the northeast corner of 1st and Main,’ rather than, ‘It's over there.’”