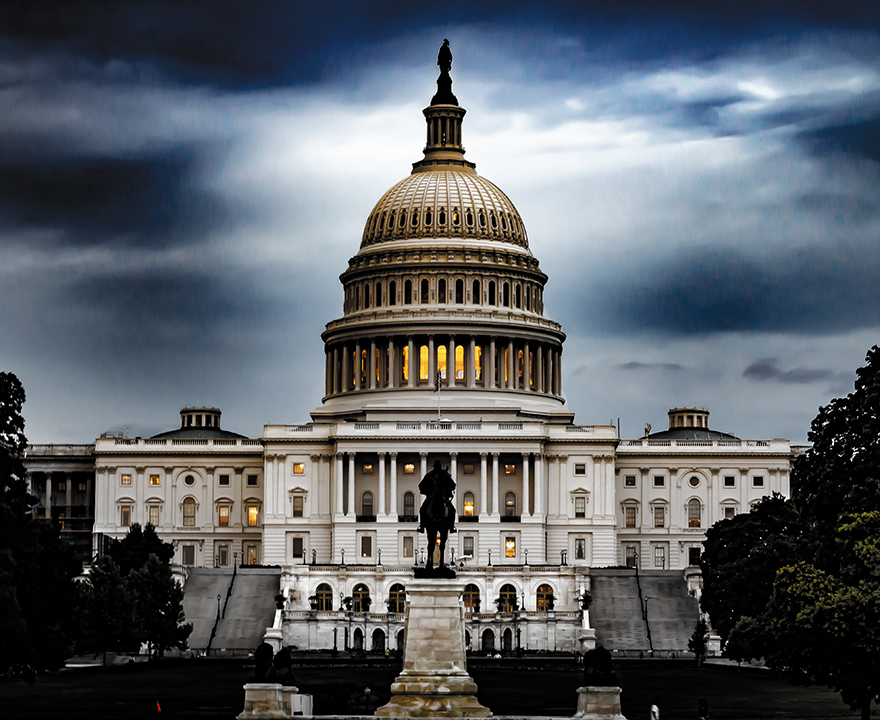 
Jan. 6, 2022 marks the one-year anniversary of the insurrection at the U.S. Capitol. As on-going investigations continue to uncover truths about the riot and actions that led to it, we asked social scientists to comment on the event’s lasting impact. Below, they offer perspective from their expertise in law, social movements, history and politics.

“January 6th made plain some disquieting truths about American politics. First, there are anti-democratic Americans. These citizens are unwilling to accept the results of a democratic election or evidence that the election was conducted fairly. This group also exhibits other anti-democratic norms, from intolerance to support for authoritarian leadership. Second, there is an anti-democratic political party. Instead of rebuking the behavior and beliefs of these anti-democratic Americans, the Republican Party amplifies their doubts and conspiracies, embraces their primary candidates, and rallies behind clearly illiberal political maneuvers if it benefits their partisan side. Third, we have a mainstream media that does not know how to describe a political party as illiberal and anti-democratic in a two-party system without fearing to be perceived as biased or partisan themselves. The forecast is not good; the decline of democratic values is the decline of democracy.”

“Americans often take to the streets, usually peacefully, to protest when their political opponents win an election. Those disgruntled with the outcome construct explanations and make excuses for their defeat, and push to change tacks to win more support in the future. Such is the basic frustrating slog of democratic politics. The Capitol incursion was different; the defeated candidate encouraged the invaders, placing his own narrow interests above the survival of American democracy. More troubling, large numbers of Republicans have worked to minimize—or worse, legitimate—an attack on democratic institutions because things didn’t turn out the way they wanted. Finding and telling the truth about the invasion is one critical task. Another is recognizing and respecting the diversity that comprises contemporary America, rather than pining for, and seeking to resurrect, an imagined past—at the expense of democracy. The survival of the Republic requires a respect for democratic processes that supersedes political preferences.”

“The essence of democratic government is a respect for the rule of law and an acceptance of the outcome of an election when you lose. One year after the insurrection of January 6th, we have discovered the plan behind the event was much worse than we thought. The election day email from Secretary of Energy Rick Perry to Chief of Staff Mark Meadows that suggested states controlled by Republicans should ignore the actual votes and just send their own slate of electors reveals how close we were to losing the rule of law. We are still in peril of losing our law-based democracy because a significant number of people in one party, the Republican Party, do not recognize the legitimacy of an election they lost. If elections don't matter and votes don't matter, eventually our Constitution won't matter.”

“January 6th was a dark day in America because it was such an obvious and egregious affront to core democratic principles: respecting voters’ choice; supporting the rule of law; embracing the peaceful transfer of power.

The reality, though, is last January’s insurrection was less of a risk to American democracy than are the more pernicious but pervasive efforts to subvert U.S. elections going forward. Republican-led initiatives to restrict voter rights, disrupt vote counts, and overturn election results are literally threatening the essence of American democracy.

One year later, it is tempting to reflect on January 6, 2021 as a scary moment in American history. That is a mistake. We should treat 1/6 not as a nadir but as a harbinger, because it was – and is.”

“’For the moment, the wonder is that the system held together; it worked in extremis. The executive had broken down dangerously, but the courts, the Congress, the media and a weary but watchful public all brought their traditional restraints to bear in the democratic reckoning.’ So opined the New York Times, except the date was August 1974 and not January 2021.

As we approach the 50th anniversary of the Watergate break-in that set in motion the unravelling of a different presidency, there are lessons from history worth remembering. The instant analysis by the media, while necessary, is incomplete. Those in government know more than we do, and it will be many decades until we know anything approaching the truth.

With hundreds of hours of Richard Nixon’s tapes unreleased, and thousands of pages of government documents, we keep our minds open to new evidence that could change our understanding of past events. In that sense, even while the judgments about January 6, 2021 are made, we are reminded about the essence of history – it’s never really over.”