The brain and sleep 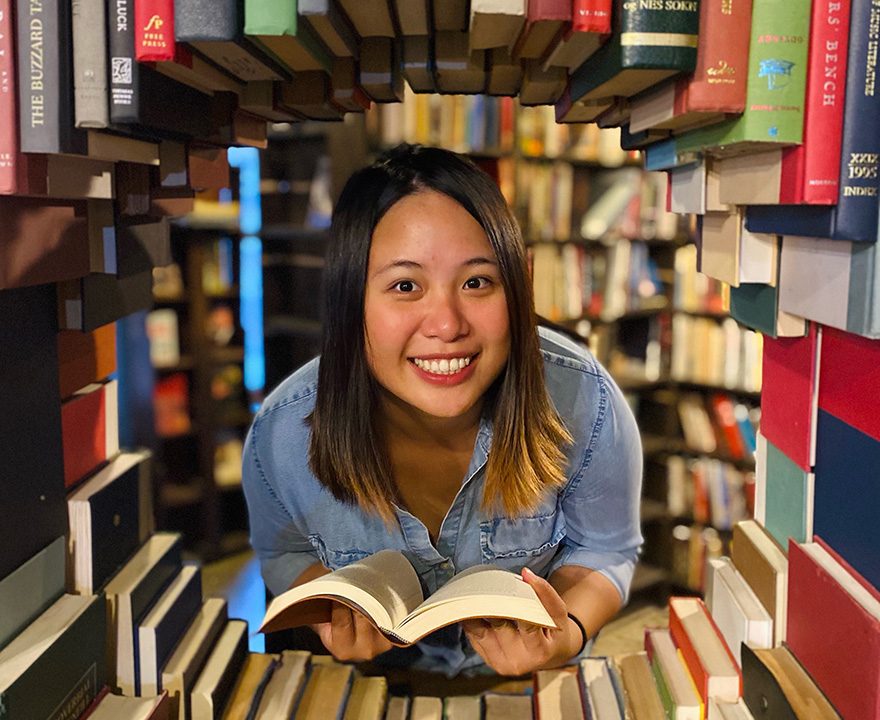 The brain and sleep


Researchers who study sleep certainly appreciate the value of a good night’s rest. But, as graduate student Pin-Chun Chen will tell you, you can’t snooze if your job is to monitor slumbering study participants in the lab all night.

“Prepare to be sleep deprived if you have to observe people sleeping,” says Chen, who is in her fifth year of the cognitive sciences Ph.D. program at UCI’s School of Social Sciences. Having already co-authored 8 peer-reviewed articles, Chen admits her research can be both tiring and invigorating.

“Being able to answer questions about how sleep works, and being able to see what the next step is in the science or clinical applications, that’s really the motivation for me,” she adds.

Chen grew up in what she considers a traditional Taiwanese family, raised in Kaohsiung, in Southern Taiwan, by parents who are teachers. As an undergraduate at the National Chengchi University in Taipei, she took a psychology class and was immediately interested. Then she visited the professor’s sleep lab and saw brain waves of sleeping subjects and was hooked.

“I thought it was super cool that we can look at the brain waves and tell if someone is sleeping, dreaming, drowsy, or in different states of consciousness. It was very fascinating to me,” Chen says.

She soon joined the sleep lab for a project exploring how people become insomniacs. Then, working at a hospital with older adults experiencing both dementia and insomnia, she became interested in the intersection of sleep and memory. In the midst of applying to graduate schools in 2016, Chen traveled to Denver, Colorado to present a poster at the Sleep Research Society’s annual conference, where she met UCI cognitive sciences professor Sara Mednick and several graduate students from Mednick’s Sleep and Cognition Lab.

“I was fascinated by her research and impressed with her personality,” says Chen. “I was looking for a female scientist who could be my role model and share similar values with me. She’s competitive, but also supportive.”

Chen ultimately chose UCI over another major university with a sleep research group, primarily for the opportunity to work in Mednick’s lab.

In Mednick’s sleep lab, Chen studied how people’s heart rate during naps was tied to cognitive improvements, and published several papers based on that work. More recently, in work funded by the UCI Institute for Memory Impairments and Neurological Disorders, Chen has been combining electroencephalogram (EEG) and function magnetic resonance imaging (fMRI) data from of sleeping subjects to measure brain waves and see which areas of the brain are at work during sleep.

Chen has also felt welcomed and encouraged by her colleagues in the sleep lab, who come from different backgrounds, both academically and culturally. The researchers range from software engineers to clinical psychologists, and hail from mainland China, India, Iran, Mexico, New Zealand and Tibet. Each month, Mednick hosts a dinner where lab members pick a restaurant representative of their country or culture.

“We’re all so different, and even within our lab, each of us is doing slightly different research,” says Chen. “This is a really diverse department with people who have different career options and research areas. So I think there’s a lot of opportunity to explore here.”

Because of the cross-disciplinary nature of cognitive sciences, Chen has sought mentorship and guidance from faculty all across UCI, including Susanne Jaeggi, associate professor of education in the School of Education, who provided insights on working memory; Julian Thayer, Distinguished Professor of psychological science in the School of Social Ecology, who is an expert in heart rate and the nervous system; Bryce Mander, assistant professor of psychiatry and human behavior, who is an expert in sleep and pathological aging; and Arielle Tambini, assistant professor of neurobiology and behavior, who offered guidance on using the fMRI for sleep studies. Visiting the labs of sleep researchers in other academic disciplines, and drawing on their expertise, enriches Chen’s own work.

“It’s really great to have a big group of researchers because you can get inspiration for different angles of the research,” she says. “You can see everyone is doing something similar, but from a different perspective. For example, some people look more at memory theories and others at clinical applications for patients.”

Studying cognitive sciences from within the School of Social Sciences creates a particularly special opportunity for graduate students. About half of the Ph.D. curriculum is required methodological and quantitative classes, but the rest can be chosen from departments such as computer science, statistics, biomedical engineering, or logic and philosophy of science.

“We think of ourselves as a STEM department, and we train our students to be scientists,” says Vandekerckhove. “But we’re not a branch of engineering. We need philosophy, linguistics, and psychology, all of which are components of cognitive science.”

“With the overlap between certain areas, those who choose an academic career can carve out a unique niche that makes them a highly desirable faculty recruit,” he adds.

Interestingly, about half of the graduates from the cognitive sciences program forgo academia in favor of lucrative careers in industries such as user experience, data science, human-computer interaction, and even music production.

Chen plans to pursue a faculty position after doing more research as a postdoctoral scholar. She already has experience as a college-level teacher as a teaching assistant, guest lecturer and the instructor of an undergraduate statistics course over the summer. Chen also took full advantage of a number of programs offered by UCI, including a certificate in Teaching Excellence from the Division in Teaching Excellence and Innovation, and certificates from the Graduate Division in mentorship, public speaking, and preparing for faculty careers.

“Pin-Chun has got it all – unquenchable curiosity, fierce drive, technical competence, kindness, and a collaborative spirit,” says her advisor, Mednick.

Over the years, Chen has served as a mentor for undergraduates in the sleep lab, some of whom are now pursuing their own graduate degrees around the country.

“I know they have a hard journey ahead, and often need advice and support with their application process,” Chen says.  “The best part of mentoring is you get to see everyone fly on their own.”

Soon enough, it will be Chen’s turn to fly.

“When I think of Pin-Chun leaving the lab, which she will be doing very soon, I get so excited to see what she will pursue next because she is a naturally great scientist, and I get a little catch in my throat because I will miss my daily dose of this vibrant, compassionate, intelligent person,” says Mednick.

But when Chen graduates, there will surely be another budding researcher ready to take the night shift, collecting valuable clues to advance all of our understanding of how sleeps truly works.

-Christine Byrd for the School of Social Sciences

Learn more about graduate studies opportunities in cognitive sciences at the virtual fair on November 3 and 4, 2021. Professor Joachim Vandekerckhove will be available to chat and answer questions at: https://campusgroups.uci.edu/COGSPhD/web_officers

pictured: Pin-Chun Chen, graduate student in cognitive sciences, draws on a variety of academic disciplines for her research on sleep.