Sandals, slippers and a Duchess 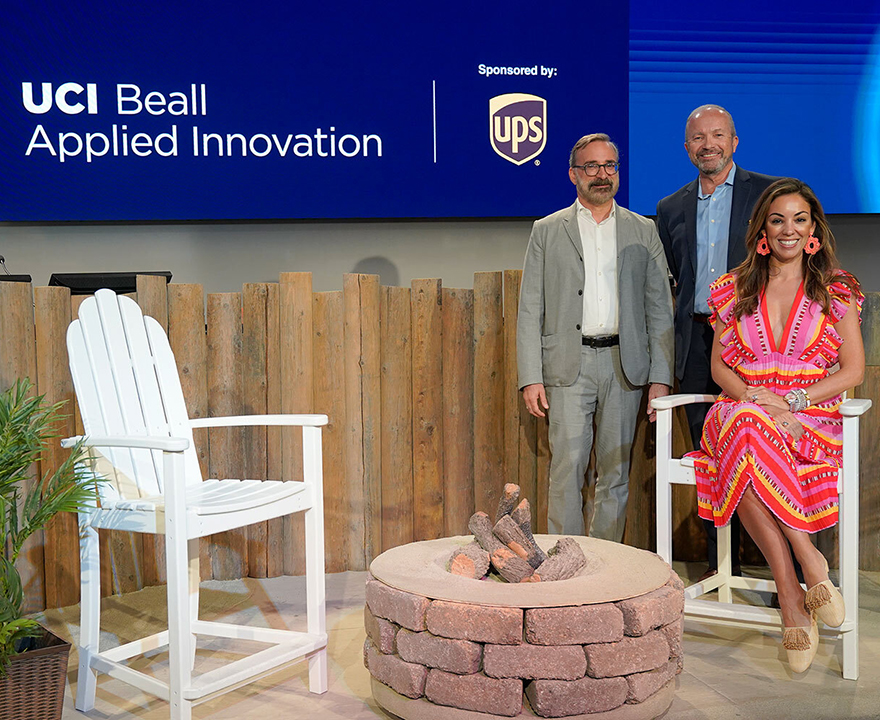 Sandals, slippers and a Duchess


Inspiration from her immigrant parents (with a little bit of *sole*) is what propelled University of California, Irvine social sciences alumna Bianca Gates ’00 to launch her successful footwear startup, Birdies, in 2015.

Though following an entrepreneurial path wasn’t her original plan, a roster of mentors beginning with her parents’ move to the U.S. nudged her out the door after she tackled an impressive career and discovered a simple need for stylish house slippers while entertaining guests.

As she explained to host Matt Hanson, Ph.D., director of New Ventures at Applied Innovation, “The opportunities are endless as long as you have the passion to pursue them and I saw that from my parents from the very beginning,” said Gates. “I was raised with this idea that you can be anything you want in life, just stay curious, stay passionate, stay a good person and give it your all. And that’s what led me to this path today.”

Birdies is stylish and comfortable footwear originally designed to be worn inside the home. Often touted as “the stylish flat that’s secretly a slipper,” Birdies has evolved to everyday use, ranging from sandals and slides to sneakers.

Gates, a first-generation UCI international studies alumna, shared her parents’ journey building a life in the U.S. as one of the main inspirations behind her drive and passion as an entrepreneur. Shortly after graduating UCI, Gates worked at Johnson & Johnson and eventually, with her father’s encouragement, combined her love for people, sales and entertainment and moved to New York City to work in media sales for Univision. Following Univision, Gates also worked for NBC, Viacom and then Facebook.

“I thought I need to work somewhere where I can grow my career,” said Gates. “I remember reading Sheryl Sandberg’s commencement speech … where she talked about women leaning in and don’t lead before you leave. That was this aha moment where I thought ‘I’m in television but why not go into tech, why not try a digital company?’”

While working in Facebook’s Global Marketing Solutions department, Gates discovered a need for Birdies and talked it over with longtime friend Marisa Sharkey who later became her co-founder. Gates also met with Sandberg, Facebook’s chief operating officer, who, after learning about the duo’s business idea, encouraged Gates to pursue her passion. Shortly after, Sharkey and Gates co-founded Birdies, which is named after a customer persona the pair developed when deciding their marketing approach.

“She’s in her late twenties, early thirties, she’s a badass woman, she’s got a great career, she’s so fun, she loves entertaining friends and family, she’s warm and bubbly and always smiling,” said Gates. “Who doesn’t want to be friends with Birdie? We pluralized her name because everybody is a Birdie.”

Gates and Sharkey each invested $50,000 and realized they still needed funds for marketing and advertising. After reaching out to friends and family for additional investment, the team eventually met Kirsten Greene, founder of Forerunner Ventures, who essentially doubled their investment goals to $2 million.

Not long after, the birds of a feather sought celebrity endorsement; however, Gates says it was imperative they find the right celebrity. The pair landed on the Duchess of Sussex, Meghan Markle, who at the time was an actress on the TV series “Suits.” The pair chose Markle because of the actresses’ ambition, mixed race and her support for women.

“There’s this moment as a CEO when a celebrity wears your product, you think this is going to be a great sales driver. As a founder, when you see someone wearing your product, you think ‘they really like the product,’” said Gates. “She was wearing this on set, traveling, to the grocery store, at home. Then one day she’s in London wearing her Birdies with this speculation that she’s dating Prince Harry.”

Once the royal couple announced their engagement on what happened to be Cyber Monday in 2017, Birdies had a waitlist for their Blackbird shoe. The company that set out to make a “secret slipper” became an overnight, not-so-secret brand that was soaring to new heights with a “slipper fit for a princess” behind them.

“I think sometimes we create our own luck. That would not have happened if we did not have this vision that she was Birdie,” said Gates. “So I tell people all the time ‘think about where you want to go, because once you start the journey, all of a sudden things start to fall into place.’ And it’s not because of luck, it’s because you know where you want to go so you can identify the right opportunities and take advantage of them at the moment. A lot of it is good timing and good luck, but fortune favors the bold.”