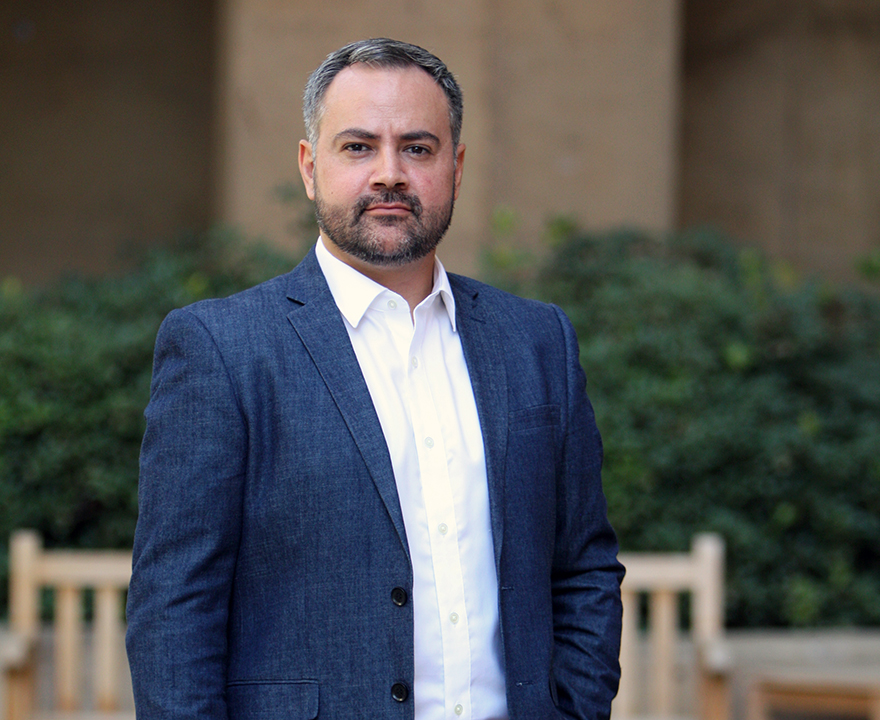 Yousuf Al-Bulushi, global and international studies assistant professor, is a political geographer who focuses on Africa. His research looks at urban space, comparative global movements, and the political economy of globalization within the African landscape. His book in progress - Afterlife of the Apartheid City – explores debates about urban inequality, the changing political economy of globalization, and the black radical tradition from the vantage point of Durban, South Africa.

His research has been funded by the Woodrow Wilson Foundation, the Andrew W. Mellon Foundation, and the UNC Center for Global Initiatives. His publications can be found in CITY: Analysis of Urban Trends, Culture, Theory, Policy, Action; Transforming Anthropology; Transformation: Critical Perspectives on Southern Africa; and the edited collection The Urban Political: Ambivalent Spaces of Late Neoliberalism.

In the fall, he’ll be teaching an undergraduate class on global political ideologies - fascism, liberalism, feminism, environmentalism – throughout history.

Al-Bulushi comes to UCI from Goucher College (Baltimore, Maryland) where he was an assistant professor in the Center for Geographies of Justice. He earned his Ph.D. in geography at the University of North Carolina at Chapel Hill, and his B.A. from the Program in Literature at Duke University.