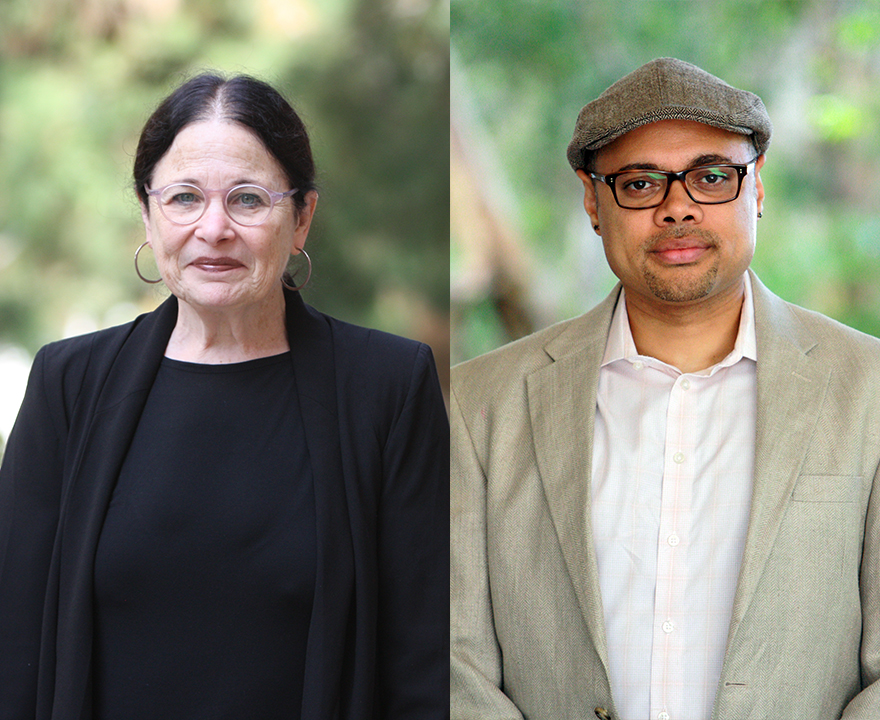 
Two professors in the School of Social Sciences are among the Office of Inclusive Excellence’s 10 recipients of 2020 Spirit Awards, a $5,000 prize that supports projects advancing inclusive excellence on campus. Over the next year, Judith Kroll, language science Distinguished Professor, and Damien Sojoyner, anthropology associate professor, will be leading research projects that focus on one of five identified priority areas: deepening understanding of identities, promoting intercultural competency, sustaining partnerships with community-based organizations, advancing achievement among educationally disadvantaged communities, and/or contributing to positive UCI climate.

Kroll and co-principal investigator Elizabeth Peña from the School of Education will launch a campus branch of Bilingualism Matters. The international information service was created in 2008 to address the existing mythology about the consequences of bilingualism and currently has more than 25 branches worldwide. Kroll and Peña’s longer-term goal is to establish a UC-wide consortium, with UCI as the hub. With the Spirit Award funding, they’ll organize a training workshop and research conference in spring 2021 to create a bridge between cross-disciplinary research on bilingualism and community practice in which all members of the UCI and surrounding communities will be invited to participate. The scope will include those who speak a language or dialect other than mainstream English, international students who are immersed in English but speak a native language other than English, individuals in the process of acquiring a second language in addition to English, and Deaf and hearing users of signed language(s). “We hope to engage our students in developing an ongoing set of activities to bring a range of community stakeholders to campus and to make the latest research findings about bilingualism accessible more generally,” says Kroll.

Sojoyner’s project, Contested Truths: Archival Formations and the Carceral State, pulls from his research focus on prisons, public education and race. "Much of the commonsense understanding of the carceral state is informed by frameworks of public safety and order,” he says. “This understanding is buttressed by state structures such as schools, health care providers and housing administrations that have archived the necessity of the carceral state within the lives of Black people.” One of the primary aims of his project is to document counter archives that detail both the violence of the current model and describe the framework of alternatives that affirm Black life.

Funded projects will report back on outcomes by the end of January 2022.