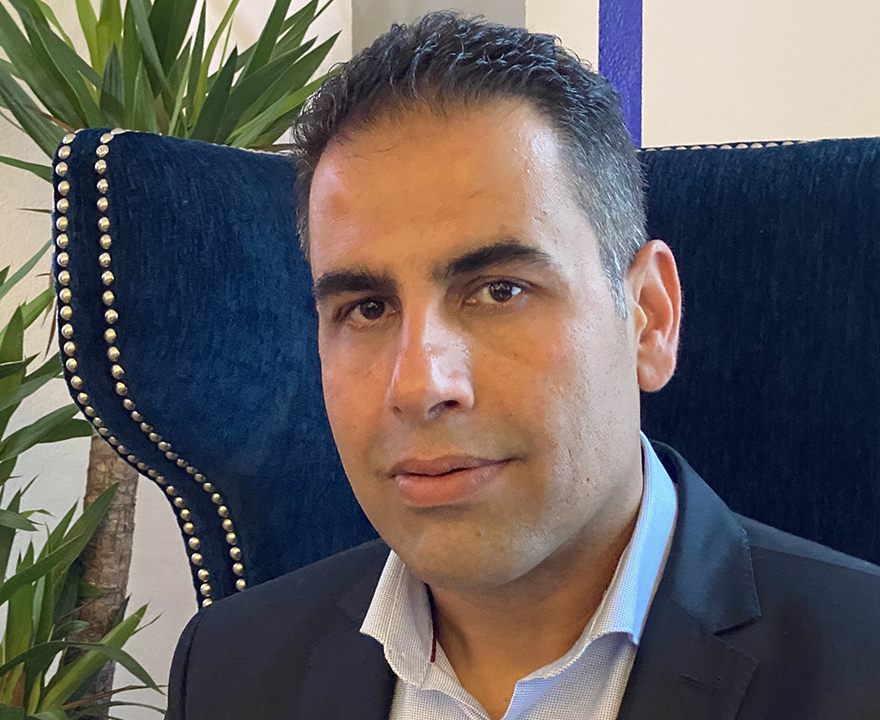 
Mehdi Zolfaghari had worked in the Office of the Supreme Leader of Iran for ten years until a falling out led him and his family to seek refuge in Thailand. He sought political asylum for years before the U.S. accepted him in 2013.

When they arrived by plane to LAX, Zolfaghari found himself in a foreign country with his wife, son and just their suitcases; no money, no credit history, no job, and not even a Social Security card. A friendly stranger at the airport, a Syrian immigrant, suggested Zolfaghari go to Irvine, where the thriving Persian community would help them build a new life.

The community welcomed him, and once he had a roof over his head, Zolfaghari turned his attention to finding a job. He went to the Toyota dealer in Irvine with a plan to buy a car and become an Uber driver, and he ended up being offered a sales job at the dealership.

Zolfaghari found success selling cars, and driving for Uber as a side gig, often dropping off students at the UCI campus. With the understanding that education was the key to a better life in the U.S., Zolfaghari enrolled at Saddleback College, where he was most drawn to social sciences.

Zolfaghari was admitted to UCLA, Berkeley, UCSD and UCI, and he decided to stay in Irvine.

In UCI’s School of Social Sciences, Zolfaghari majored in international studies with a minor in political science, and faculty found him to be quiet and modest, not drawing much attention to himself or his background in classes.

But during office hours, and at coffee shops with fellow Anteaters, Zolfaghari opened up about his personal history, sharing his insights, and reflecting on the widespread impact of policies and events in which he had played a role.

Bojan Petrovic, who lectures in global and international studies, and teaches courses on Islam and democracy, became a mentor and confidant to Zolfaghari.

“He is interested in social phenomena, and that’s related to what he did in Iran regarding social policies and foreign policy,” says Petrovic. “He hopes for a change of some sort, and he believes in the fact that social science can help us fix things.”

For his senior thesis, Zolfaghari researched how the economic sanctions the U.S. imposed on Iran in 2018 contributed to the 2019 protests that swept the country, during which hundreds of protesters were killed and many more arrested.

“What I appreciate most from UCI is not what it gave me, but what it took away from me, which was my bias,” says Zolfaghari. “I am less biased than I was before, when I would look at things critically, but with biases that I learned from my childhood or my culture or from my life experience.”

“Getting rid of my biases made it easier to understand the other side’s point of view, which has helped me manage all of life’s challenges,” he added.

Since graduating in June 2020, Zolfaghari visited his brother who is seeking asylum in Turkey, and he is now focused on preparing for graduate school, and perhaps pursuing a career as a professor. He hopes to continue exploring the long-term impact of social policies, and how policies in one part of the world can have unintended consequences for other countries and regions.

Like how a political disagreement completely changed the course of his whole family’s life.

His advice to others, whether they are fathers like him in his Persian community, or 20-year-old students at UCI, is to keep moving forward, even when the outcome is uncertain.

“Choose the path that you want to go, and just keep going on that path,” says Zolfaghari. “You might not see the end now, and you don’t know if you’re going to have enough fuel to get there, but the resources will come to you once you are on your path.”

Certainly, Zolfaghari has taken leaps of faith into new countries and unknown paths, and while it hasn’t been easy, it has been rewarding.

“Hundreds of people have the same story as me, and I would say I was the lucky one, but we all find ways,” he says. “There is always a way.”

For Zolfaghari, the next journey is just beginning.